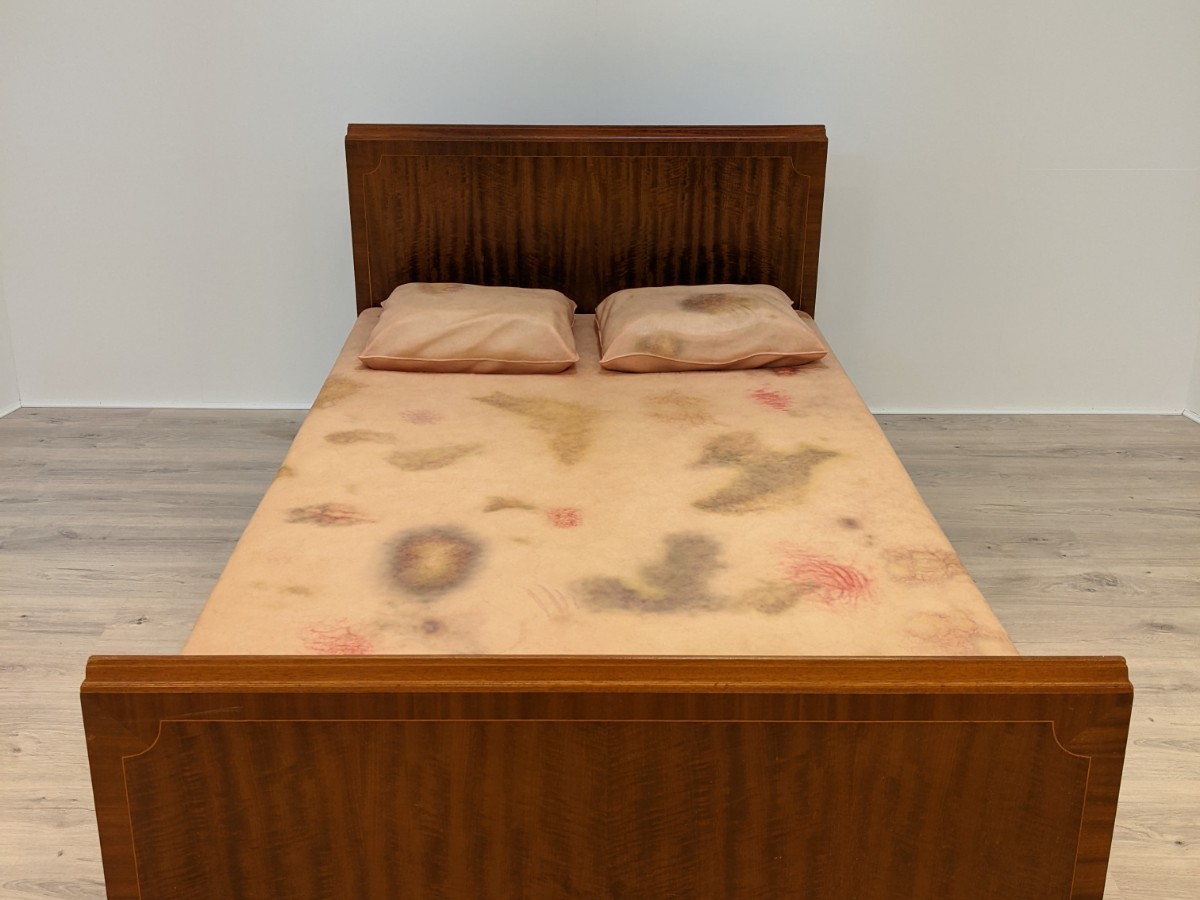 What can we learn from sleep history?

LONDON — For centuries, artists and thinkers have been fascinated by the nature of sleep. Aristotle saw in it a subject of teleological intrigue; Goya saw in it a metaphor for ignorance and the decline of reason; Julia Margaret Cameron saw in it an analogue of death. This lingering interest in our nocturnal habits makes sense – after all, until the middle of the 20th century, between a third and a half of our lives was spent sleeping.

Recently, sleep has taken up much less of our day. Today, the average adult spends about six and a half hours a night, far less than our pre-industrial ancestors. If art historian Jonathan Crary is to be believed, late capitalism is to blame for our sleepless tendencies. In 24/7: late capitalism and the end of sleep, he argues that the ever-increasing demands of a globalized economy — the 24-hour news cycle, the endless scrolling of a Twitter feed, the ability to work anywhere, anytime — have weighed on our ability to disengage. When we manage to close our eyes and slip away, we gain access to the last vestige of our lives that has not been touched by capitalism. “Sleep is an ubiquitous but invisible reminder of a premodernity that has never been fully overcome, of the agricultural universe that began to disappear 400 years ago,” Crary writes.

The desire to explore this rapidly fading pre-modern trend is at the heart of the Sleep Party at the Museum of the Home in London. For the event, the museum has revamped its iconic Rooms Through Time – meticulously decorated spaces that correspond to different moments in British history – to revolve around different historical notions of sleep. Period rooms can conjure up images of hokey roadside attractions occupied by an array of animatronics. But in the period rooms of the House Museum, no one is in sight. Reconstituting these rooms around sleep, an act so deeply linked to the human body, is therefore a difficult task. The curator behind the project, Louis Platman, chose to allude to the presence of sleep through testimonies about the inhabitants of the bedrooms and their soporific circumstances.

In one room, a salon from 1695, traces of a couple who had woken in the middle of the night draw attention to biphasic sleep, a two-part sleep schedule popular in medieval England. A pile of sheets in a living room from 1915 evokes the wounds of a veteran. He can’t climb the stairs to the bedroom, so he made a makeshift bed on the couch. Another room, set in an east London loft at the turn of the 21st century, bears the remnants of a post-Pride party, its inhabitants sleeping out of debauchery out of sight. These remains will likely cause forensic compulsion in viewers, a desire to create a complex narrative for these unseen inhabitants.

A few rooms down, sleep becomes a tool for constructing new mythologies of Georgian England in a bedroom designed for the very real Dido Elizabeth Belle. Born in the mid-18th century, Belle was the daughter of an enslaved African woman and a British naval officer. Unlike most children in her situation, Dido Belle was claimed by her father and raised at Kenwood House, a country mansion owned by her great-uncle, Enlightenment legal reformer Lord Mansfield. Kemi Lawson and Lara Senbajo have constructed an anachronistic dreamscape that brings out the inherent contradictions in Belle’s Georgian life. Her privileged position isolated her from the harsher elements of the racial hierarchy of the time. At the same time, she was still subject to legal and social norms that defined her as a second-class citizen.

This incongruous and sometimes conflicting existence permeates Belle’s bedroom. In her dreams, the opulent surroundings merge into an imagined reality in which her cultural heritage is celebrated rather than ridiculed. A beaded Yoruba chair pays homage to the royalty of West African civilization, while a series of gold-framed portraits situate the inspiration for Belle’s dreams of emancipation in a rich array of black historical figures. But it is Harlem Toile by Sheila Bridges that embodies this confluence of craftsmanship and luxury and the paradox of Belle’s life. The fabric, which hangs from the walls and adorns the pillows that dot the room, is an interpretation of the French canvas of jouy pattern. But while the fabric traditionally features very white, very French scenes of country revelers, Bridges has created elaborate vignettes of black life. And at $350 a roll for the hand-painted wallpaper, Harlem Toile is a reminder that the relationship between race and class is extremely complex.

The notion of the dreamscape returns later, in Michael McMillan’s mid-century Afro-Caribbean living room. This space, of which the artist created a version for Tate Britain’s Life Between the Islands: Caribbean-British Art of the 1950s, is largely inspired by the artist’s childhood home. Here, McMillan has inserted references to Caribbean and West African dream culture, including allusions to the bedtime story of Anansi, a trickster spider character from Akan folklore.

If sleep can be a space of imagination, it is also a moment of vulnerability. Maayan Sophia Weisstub’s installation “The Bed” (2022) reconsiders the safety of domestic space, reimagining furniture as an index of the violence committed against its human occupants. The mattress and pillows are covered with a silicone “skin” stained with realistic bruises. Weisstub’s practice is often to imbue furniture with anthropomorphic features – a previous installation featured a nondescript wooden desk that mimicked the sound of breathing. The work is a reminder that the privacy of the home can be militarized, turning the security of the bedroom into a site of violence.

In recent years, the hallowed place of sleep as the last bastion of non-market existence has come under attack. Sleep-tracking apps encourage us to quantify this amorphous period, while startups promise to optimize every moment of this previously untapped part of our lives. Despite these constant incursions, the sleep lasted. Whether in a 17th century mansion, an imaginary Georgian bedroom or a contemporary loft, the unconscious experience remains intact.

Sleep Party continues at the Museum of the Home (136 Kingsland Road, London, England) until September 1. The exhibition was curated by Louis Platman.