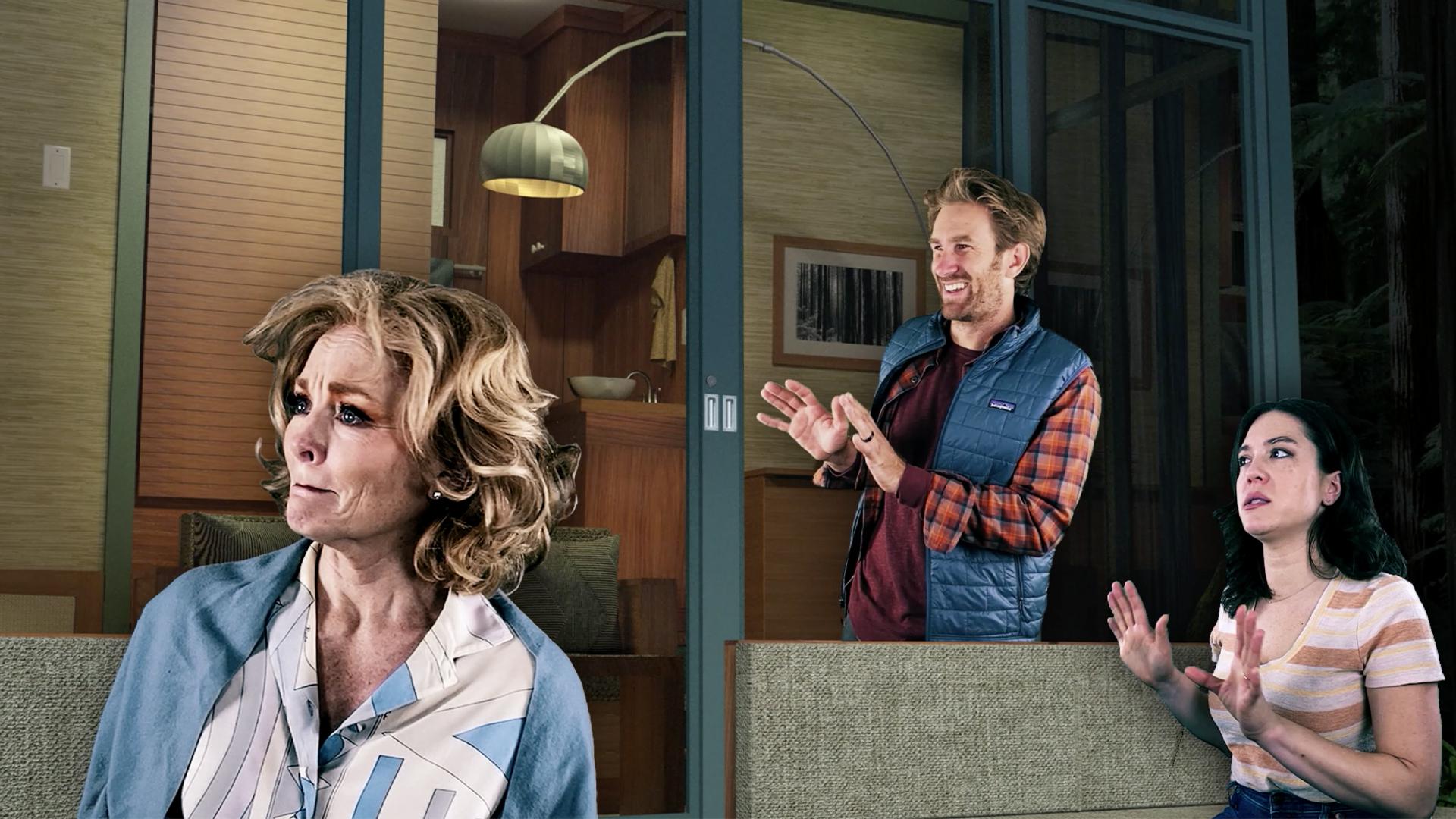 Don’t these pretty little houses that we see posted on social networks and niche real estate ads look heavenly? Especially one nestled comfortably among the redwoods, sequestered away from the maddening crowds?

Michael Gotch’s new play “Tiny House,” which kicks off Westport Country Playhouse’s 90th virtual season, argues that the reality of living in such an attractive house is more than a little more complicated than the photos suggest.

New owners Sam and Nick are the central characters of Gotch’s “Tiny House”, which continues its virtual production, available on demand until July 18. They have their reasons for abandoning the mad rush in favor of a peaceful “off-grid” existence. and renounce the strident excesses of their fortunes for the tranquility of nature.

“Well, hardy-har-har! Ralph Kramden can be heard chuckling in the distance.

Beautifully directed by Playhouse Artistic Director Mark Lamos, “Tiny House” is about a long overdue toll as Sam and Nick invite a disparate handful of family members and acquaintances to celebrate their new life together on July 4th. .

In a sense, the Playhouse’s virtual production experience may actually serve Gotch’s transcendent play better than a traditional in-person, on-stage production. While grounded in the couple’s very concrete issues, much of the play challenges naturalism or cute eccentricity. While the smooth post-production work softens the overlapping dialogues and creates the illusion of multiple characters inhabiting the same space, there’s nothing to hide the green screen effect. We recognize that beautiful views are virtually imposed rather than real. They might just reflect how the characters idolize their new surroundings.

Each of Sam’s (Sara Bues) and Nick’s (Denver Milord) five guests lean towards archetypes or the paranormal, starting with Sam’s mother Billie (Elizabeth Heflin). She redeems her stereotypical mother-monster in Act I with a welcome depth of soul in Act II (viewers will no doubt feel Gotch’s transition in tone and content in her fragile, at times unbearable Act I, to his act II of a naked compassion). His partner Larry (Lee E. Ernst), formerly his brother-in-law who, in the tradition of some ancient cultures, replaced his absent brother as a husband, comes to us first as an exaggerated science nerd, only to reveal his own gentle humanity in a beautiful monologue.

Neighbor couple Win (Stephen Pelinski) and Carol (Kathleen Pirkl-Tague) are dyed in all things hippie, Renaissance Faire and sativa. Still, they turn out to be more Guardian Angels than Woodstock Relics, and Carol is proving to be quite wise.

Then there is Bernard (Hassan El-Amin), aptly described in Gotch’s transcription as an enigma. More paramilitary than paranormal, Bernard seems to come and go as if by magic without warning, armed to the teeth, to watch his new neighbors lest they recognize the inevitable fireworks display at the end of the evening.

Editor-in-chief Dan Scully and cinematographer Lacey Erb deliver cutting-edge production that overcomes virtually all of the immutable annoyances of the Zoom theater, from its inability to create the illusion of characters sharing a common space, to the lagging sound that ruins the desired sharpness. rhythm of comedy. Scully and Erb overcome these hurdles and allow Gotch’s quick script to come to life in a naturalistic and entertaining way. The design team shares the praise of the actors who originally performed the piece two years ago on stage at the Resident Ensemble Players in Delaware. They relate so sincerely that their performances seem as organic as one would like with in-person performances.

When Billie asks Sam why she doesn’t like fireworks, Sam responds in part by saying, “They scare me… They don’t look like a party. They feel like nasty surprises.

“Tiny House” has surprises in store, both disturbing and purifying, for its audience. Like Gotch’s colorful characters, one would like to make sure his house is in order before the inevitable duck and blanket warning call arrives.

E. Kyle Minor is a freelance writer and theater critic.