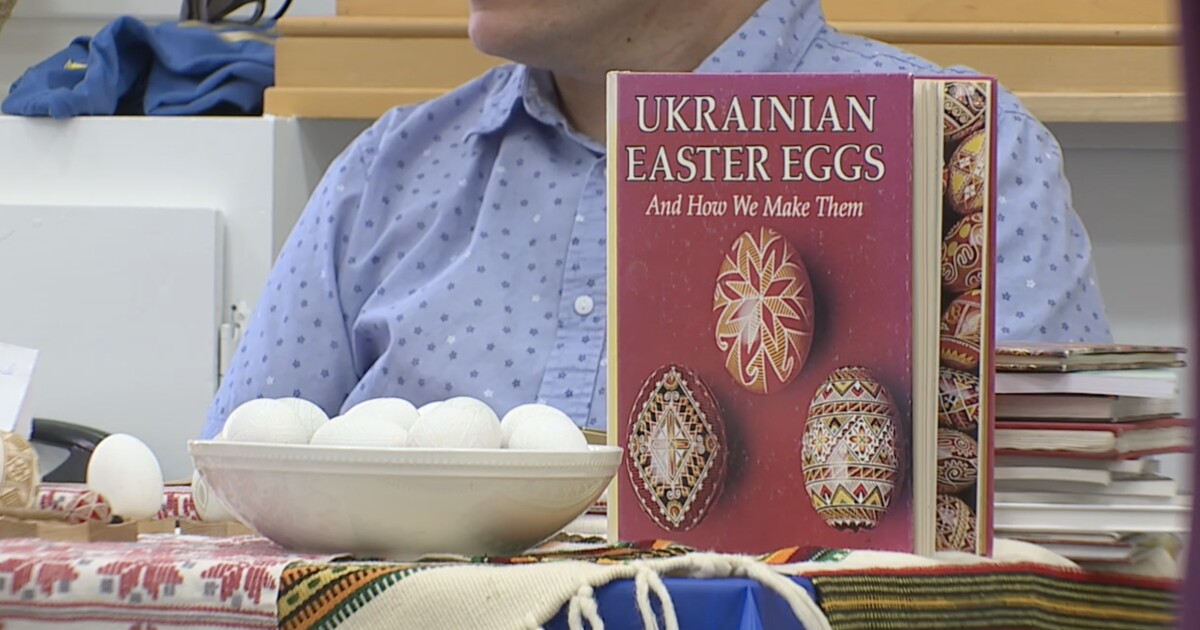 BALBOA PARK, Calif. (KGTV) — Ukraine House hosted its Pysanka Festival at the Hall of Nations in Balboa Park on Saturday.

“There is a saying in Ukraine. As long as the pysanky are written, Ukraine will survive,” said Nadia Haywas, vice-president of the House of Ukraine.

Pysanky are colorful and finely decorated Ukrainian Easter eggs. Haywas says they symbolize rebirth and the cycle of life.

“Depending on which region of Ukraine you are from, you will see different designs, different symbols,” Haywas said.

During the event, people were able to design their own pysanka. There were also Easter eggs for sale, as well as “I Stand With Ukraine” t-shirts and bags.

Haywas says all proceeds will go to humanitarian aid in Ukraine. So far, the group has collected medical kits, equipment for the Ukrainian army, donations for refugees and other people displaced by the war.

“People in Ukraine are dying. People are waiting for bread and bread lines are being knocked down. This has to stop,” Haywas said.

Haywas says that since the Russian invasion, Ukraine House has seen an increase in visitors eager to learn more about their culture and how they can help.

“I know that’s absolutely wrong and that Putin is a monster,” said Sylvia Cavins.

Cavins stopped by the event to donate and express her support.

“Tell them we’re behind them…so many people are,” Cavins said.

Not far from the festival, Ukrainians and others gathered at the center of Balboa Park for their weekly “Stand With Ukraine” rally.

Haywas says it’s important to keep the momentum going as Ukrainians fight to protect their country and their freedom.