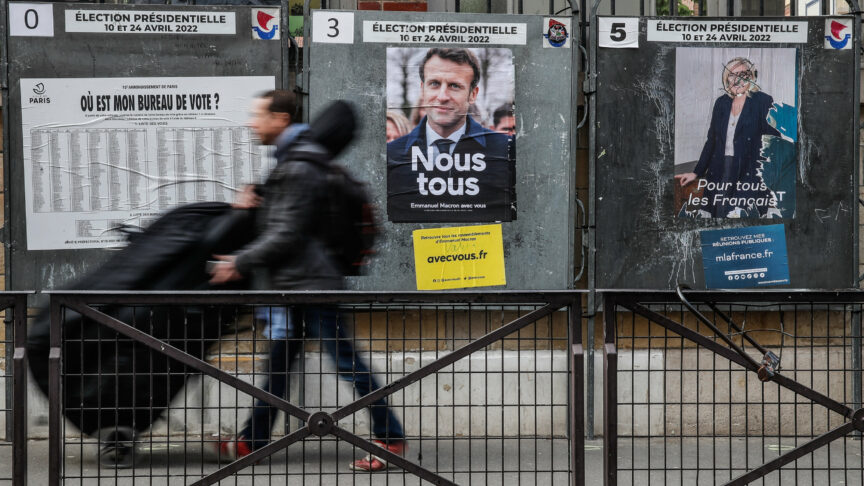 The Ukrainian crisis shows that the European Union has a power problem. While its hard power deficit has recently come into focus, its philosophical and political shortcomings are an even greater concern. After all, considering Germany Zeitenwende (‘turning point’ in foreign policy), Finland’s and Sweden’s debates over NATO membership and the scale of Europe’s rearmament spending pledges, Europe is likely to have more resources military than anyone but the United States from here too long. But even then it will have a soft-power problem.

Europe is home to two identity-building projects, both of which are deeply alienating to the rest of the world. Each was represented in the second round of the French presidential election, where incumbent Emmanuel Macron defeated far-right nationalist Marine Le Pen to secure a second term.

Macron framed the campaign as a choice about what kind of civilization France – and Europe – wants to be. He portrayed his country as the ultimate embodiment of enlightened civic virtue. For him (and for Europeans like me), the European project is an elaborate attempt to transcend the continent’s bloody history of nationalism, imperialism and genocide. The EU is supposed to forge a new European identity based on civic principles such as international law (against “might does good”), liberal democracy (against populist majoritarianism), privacy (against “capitalism of surveillance”) and human rights (against state surveillance).

This project involves a new kind of patriotism – and, to the extent that it succeeded, it has provoked a counter-revolution on the part of those who believe that globalization and European integration threaten their wealth, their culture and their status. . Le Pen presents itself as the platform for this new-old version of European identity. Portraying Macron as a globalist agent of death who will lead France and Europe to cultural suicide, she claims to represent forgotten farmers and workers whose interests have been sidelined in favor of economic elites and refugees.

The structural dynamics of the French electoral system have intensified the dialectical relationship between these two versions of European identity, with the traditional struggle between centre-left and centre-right giving way to a confrontation between Christian ethnic nationalism and internationalist civic patriotism. But France is not alone. Similar divisions can be found across Europe. The “take back control” movements mobilized voters against the openness and internationalism that underlie the new European identity.

Europe’s internal culture war has undermined its soft power. The EU would like to think it is a representative of democracy, but many of the world’s biggest democracies – Brazil, India, Indonesia and South Africa – have been reluctant to back it in the face of Ukraine. Europe’s conflicting identities have each contributed to this lack of global appeal.

The problem with the European far right is obvious. Despite his appeals to religion and traditional values, Le Pen’s xenophobia, Islamophobia and implied white supremacy have alienated much of the world’s population, including the world’s 1.9 billion Muslims. What is more surprising is that attempts by internationalists like Macron to develop a civic identity have sometimes also reduced Europe’s appeal in many parts of the world. Its version of Europe supports gender parity, minority rights and environmental action, but it has also been increasingly willing to subordinate sovereign power to the imperatives of markets and supranational principles and institutions.

These new priorities have naturally come up against accusations of hypocrisy. Many European countries that slammed their doors shut during the 2015 Syrian refugee crisis are now offering a warm and open welcome to blond, blue-eyed refugees fleeing Ukraine. And, as many participants at this year’s Doha Forum noted, the West’s commitment to the principle of sovereignty in Ukraine rings somewhat hollow after years of Western drones patrolling the skies above the Pakistan and Afghanistan. Weren’t these the same countries that changed international borders in Kosovo, overthrew Muammar el-Gaddafi in Libya and invaded Iraq? Moreover, after raping the planet for centuries, Europe has now decided to present itself as a champion of climate change mitigation and environmental protection.

What is most off-putting is the way Europeans tend to universalize their own experience, often assuming that what is good for them is good for others (closer to home, an enlargement model of the EU obliging other countries to adopt an 80,000-page regulation is an example). For various historical reasons, most European societies have adopted a balance between majoritarian democracy, minority rights and private property, and we now take this set of principles for granted. But as the Arab Spring showed, people elsewhere could opt for suffrage without demanding the full package. Those who rebelled against authoritarian regimes sought to emancipate themselves, not to imitate the West.

As my ECFR colleague Ivan Krastev and I have argued, the world seems to be moving from an era of imperialism to an era of decolonization. In the first, the success of the capitalist economic model and new communication technologies have helped spread Western ideas and values ​​around the world; but now countries and societies increasingly want to celebrate their own values ​​and culture.

This paradigm shift has profound implications for everyone, but especially for Europe. Powers that want to prosper will have to embrace a “sovereignty-friendly” idea of ​​soft power. Otherwise, we Europeans will always be accused of using our norms and standards to defend white privilege. We will remain at odds with the new decolonization project, and therefore at odds with much of the international community.

This comment was originally published on May 4, 2022 in Project Syndicate.

The European Council on Foreign Relations does not take a collective position. ECFR publications represent the views of their individual authors only.