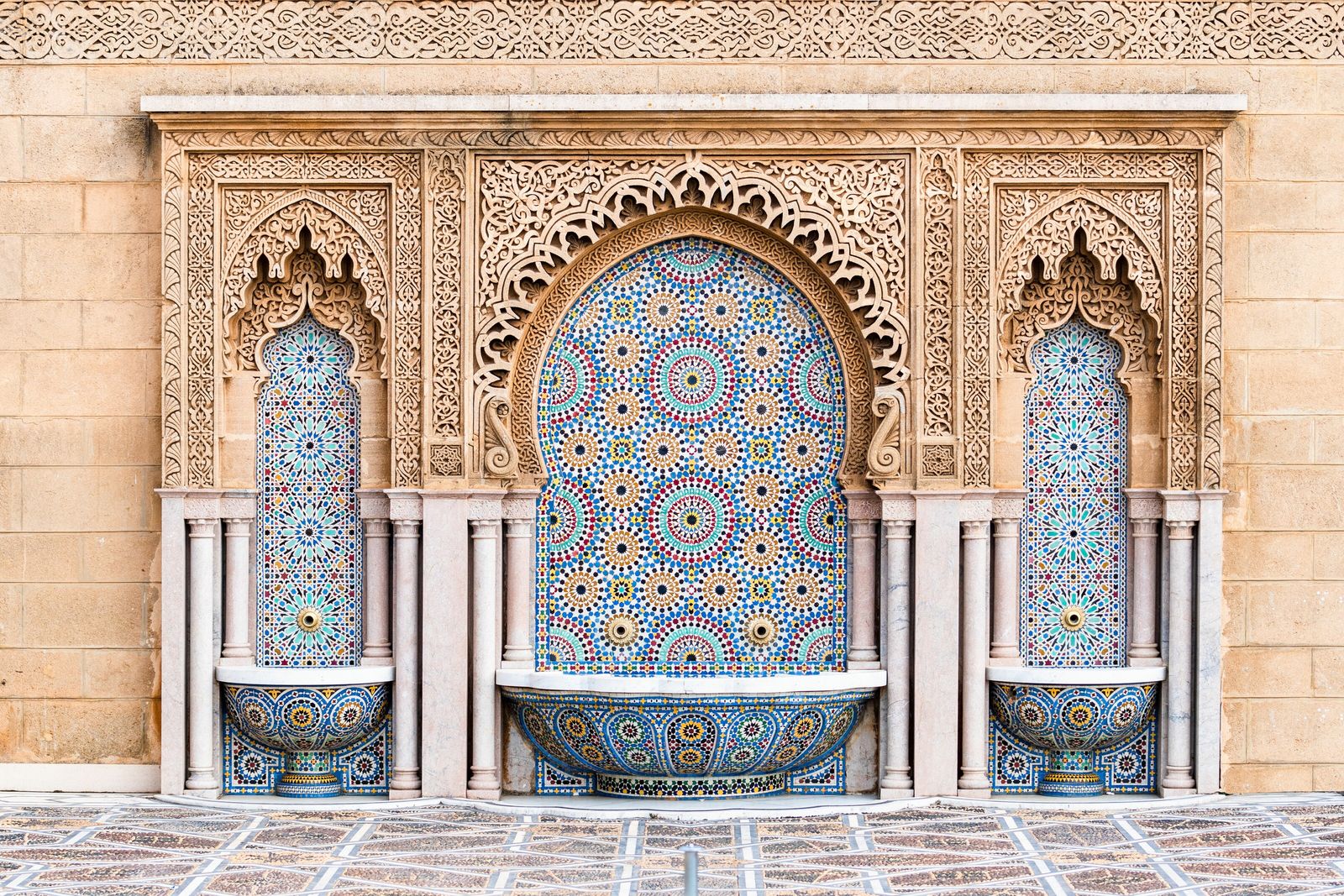 Rabat is a surprisingly tranquil capital that feels a world apart from Casablanca and Marrakech. As well as excellent museums detailing modern art and Moroccan history, one of its main attractions is its decent range of international restaurants – an attractive prospect for those willing to take a break from tagines. Despite all this, and the fact that Rabat is only 80 minutes from Tangier via the new Al Boraq high-speed railway, relatively few tourists travel there. But all indications are that this is about to change – the opening of the monumental Grand Théâtre de Rabat coupled with the planned expansion of the rail network could well be the tipping point the city has been waiting for.

Part sculptural waveform and part stormtrooper helmet, the recently completed Grand Theater – Africa’s largest performing arts complex – is an icon of Rabat’s cultural revival. One of the last buildings designed by the late ‘Queen of the Curve’, Zaha Hadid, its flowing form and waterside location invite comparisons to the Sydney Opera House and the Guggenheim Bilbao, while its high-tech and futuristic interior has a deliberately Moroccan feel, with geometry inspired by muqarnas, the traditional honeycomb vault typical of Islamic design. The complex is a brilliant addition to a city that is already a UNESCO World Heritage Site for its unique blend of historic and modern architecture. Containing an experimental performance space and a vast outdoor amphitheater as well as an auditorium, it stands in a landscaped park beside the Oued Bou Regreg, the river that separates Rabat from its twin city, Salé.

For panoramic views, head to Salé for a bite to eat at the riverside Swish Hotel Dawliz Art & Spa, or the floating restaurant La Péniche. The most leisurely route is on foot, stopping at the Hassan II Bridge to admire the view of Rabat’s original monuments, the Hassan Tower, the medina and the Kasbah of the Oudaïas.

You can’t miss the Hassan Tower, the big sandstone minaret of a vast 12th-century mosque that was never completed. It is finely decorated with carved panels of darj wa ktaf (‘step and shoulder’) and Sebka (“net”), and although it does not exceed half its intended height, it is still tall enough to be visible throughout the city. This part of the center of Rabat, the Ville Nouvelle, was developed by the French when Morocco was its protectorate, and is recognized by UNESCO as one of the largest, most ambitious and most comprehensive urban projects of the 20th century in Africa.

A stroll along the wide boulevards of the Ville Nouvelle or a tram ride to the train station brings you to Rabat’s modern and contemporary art museum, the Mohammed VI Museum. Opened in 2014, it specializes in the work of early 20th-century Moroccan artists, including street portraitist Hassan Hajjaj and Fes-born abstract artist Ahmed Yacoubi. From MMVI, it’s a hop and a jump to the Museum of History and Civilizations in Rabat, which displays stunning marble statues salvaged from the Berber-Roman city of Volubilis, as well as prehistoric human remains, between other treasures. Stock up at Ty Potes, a delicatessen and French bistro specializing in salads and galettes (Breton pancakes), a short walk from the two museums.

The medina of Rabat seems spacious compared to the old cities of Marrakech and Fez. There’s an Andalusian flavor to its whitewashed houses with blue-painted doors and windows, where merchants are grouped by trade – hand-woven rugs or herbal remedies here, fresh produce there. At its northeast corner is the Kasbah des Oudaïas, the citadel of Rabat, which offers beautiful views of the mouth of the Bou Regreg; admire the scene over a glass of mint tea from the Café Maure. If you’ve worked up an appetite, head to Dar Zaki, an atmospheric bistro hidden in rue Moulay Brahim; or Le Dhow, a wooden boat moored on the Bou Regreg below the Old Market, serving classics such as chicken tajine with lemon and mechoui lamb (slow roasted).