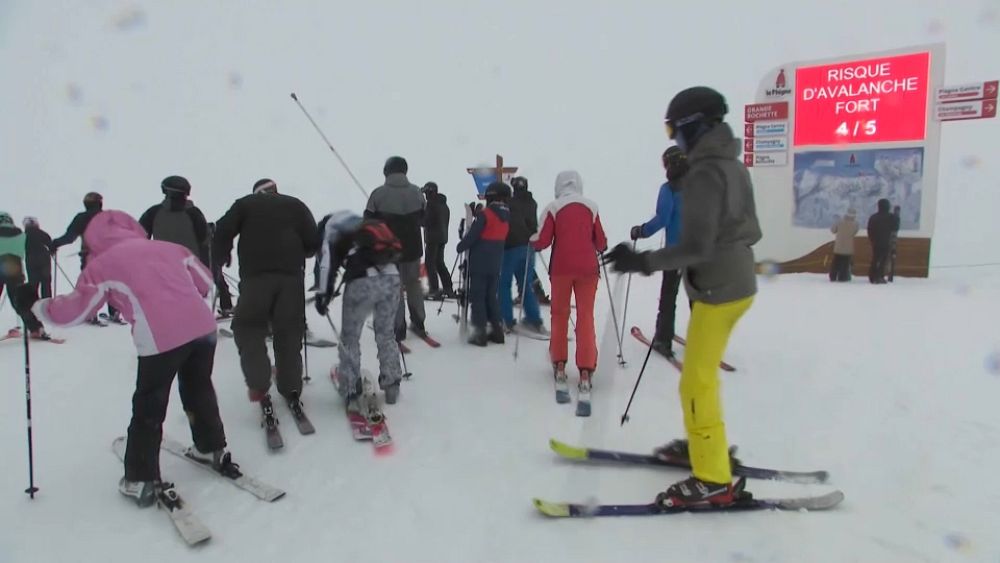 The “hottest end of the year on record in France” – good for sun worshipers, bad for skiers

France is experiencing its warmest end of the year on record, with temperatures 10 degrees above average in some regions, according to forecasts by the national meteorological service MÃ©tÃ©o France.

The people of Bordeaux take advantage of the good weather, as the period between Christmas and New Year’s Day is expected to be the hottest in the country’s history.

â€œThe weather is nice, good and warm. We take advantage of the good weather, â€says a resident.

Between Wednesday and Thursday, records were even broken north of the Seine, with temperatures reaching 15 Â° C to 17 Â° C.

â€œIt’s been a great week,â€ said one man. “People are out there and despite everything that is going on, people are making the most of it.”

Meanwhile, in Switzerland, the mild weather threatens to spoil an excellent start to the ski season.

One of those affected resorts is Grindelwald, located at an altitude of 1,034 meters above sea level, where snow was replaced by rain this week.

“It’s not so good. Everything is quite wet. But we are making the most of it. Now we are here and there is still some snow,” shared Marco Zengg, a skier.

As the number of skiers fell, some other low-lying resorts had to close completely over Christmas.

The situation will become even more complicated by the end of the week, with temperatures of 10 Â° C-15 Â° C forecast at 1,000 meters.

The mild weather also increased the risk of avalanches in the French department de Savoie, with a risk of 4 on a scale of 5.

â€œYou should know that fresh, light snow, in very good condition, weighs around 40 to 50 kilos per cubic meter, and at the time of the 1 hour reading, it weighed 250 kilos per cubic meter. It is therefore heavy and the heavier it is, the less it will hold on the slopes, which is very bad for the risk of avalanches, â€he explained.

Higher up, it was snowing more than 50 centimeters in some places and it sometimes rained.

MÃ©tÃ©o France forecasts a return of the sun for the next few days, with less rain, but more very mild temperatures.

According to environmentalists, a succession of warmer winters is likely a direct impact of climate change.

Watch the full report in the video player above.