The Elmhurst Art Museum at Twenty-Five: Executive Director John McKinnon appreciates the past and looks to the future

In the light of the Elmhurst Art MuseumOn the occasion of the museum’s twenty-fifth anniversary, Executive Director John McKinnon addresses the museum’s three core ideals – art, education and architecture – of their commitment to exhibiting works by contemporary Midwestern artists to the McCormick House by Mies van der Rohe which brings architectural tourism to the city, to extensive educational programming that has inspired audiences for two and a half decades. “Some towns only have an art gallery, an education center or a historic house,” he says. “But we have all three at the museum.” He is rightfully proud. On the way to the next twenty-five! 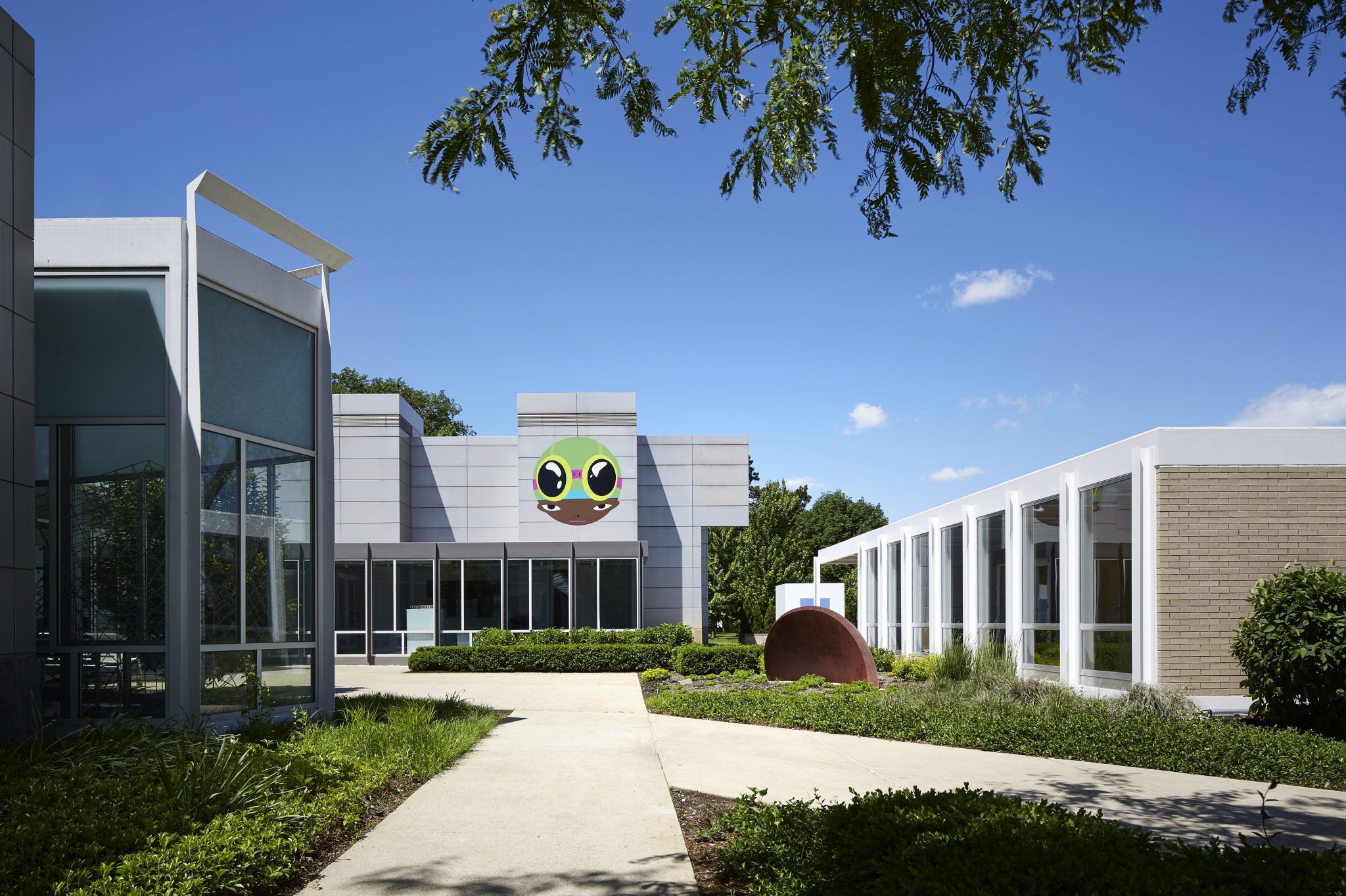 As the Elmhurst Art Museum celebrates its 25th anniversary, can you talk about its contribution to the local community, as well as the art and design community?

We are proud to have cohesive art, education and architecture programs since 1997. We have a significant investment in local arts education, a focus on the art of [the Chicago area]and an investment in modern architecture due to the McCormick House by Mies van der Rohe. Through solo and group exhibitions by contemporary artists from the Midwest, we hope to tell current narratives and local stories that have greater reach, such as last year’s show on civil rights and the Chicago Freedom Movement. Additionally, our newly renovated Education Center is a center of learning that brings the organization to life with free public programs, year-round classes, summer camps, docent-led tours and engaging activities at community events like the upcoming Art in Wilder Park. Finally, we are the only contemporary art center in the United States with a home designed by Mies, which brings architectural tourism to Elmhurst and gives us the opportunity to showcase mid-century design, host new exhibitions specific to the site by artists and to examine unrealized projects. prefabricated plans by the architect created for the western suburbs.

The three core ideals of the museum – art, education, and architecture – are often activated through museum exhibits and programs. For example, at an international traveling exhibition celebrating the centenary of the Bauhaus, our Teen Art Council created a geometric ballet with costumes and we conducted design workshops with local schools. 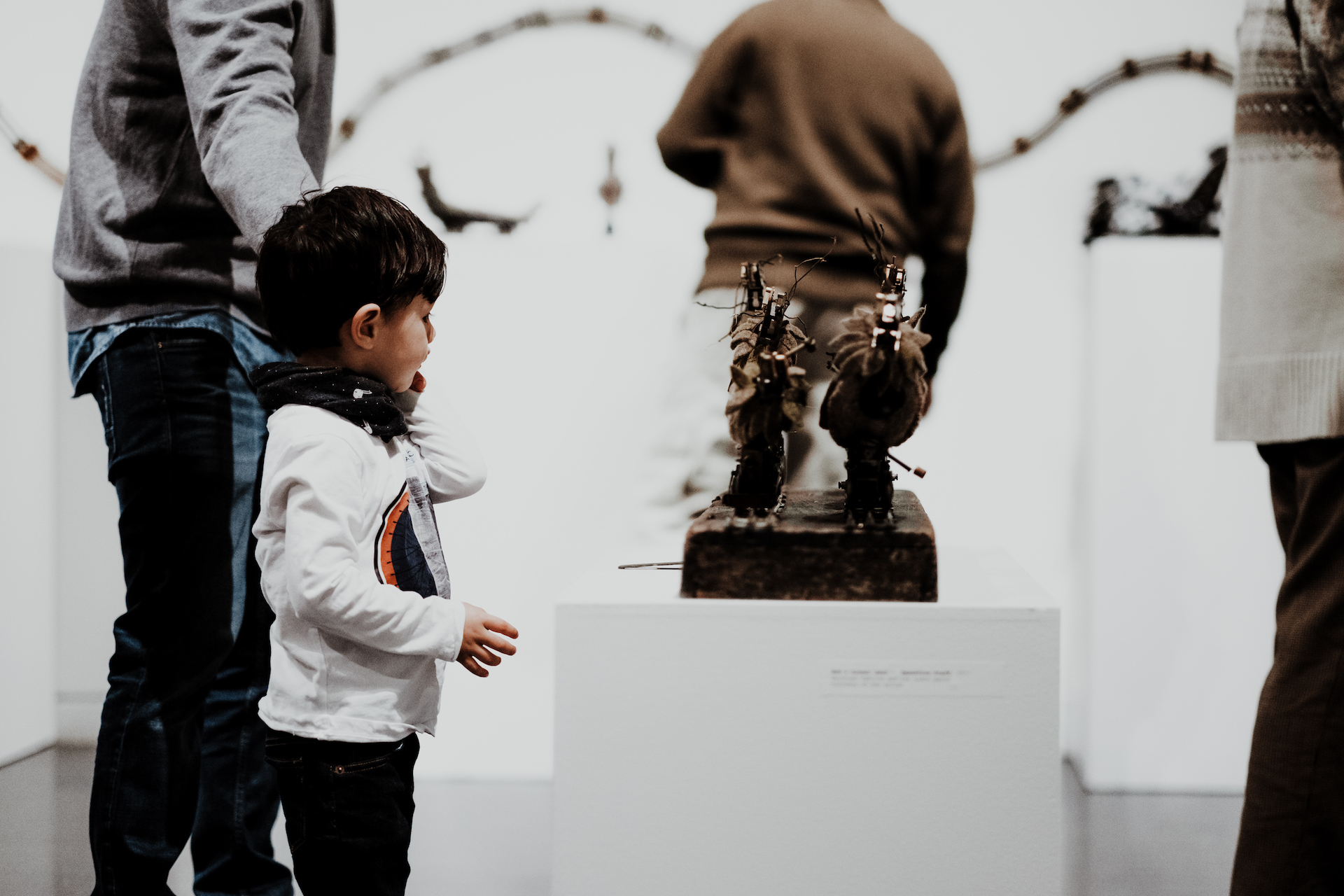 Visitors at the “Rescuer of Once Loved Things, The Art of Donna Castellanos” exhibit at the Elmhurst Art Museum/Photo: The Adamkovi

Since 1997, the Elmhurst Art Museum has inspired its community through art, education and architecture. What are your main priorities and how have they evolved since your appointment to this position and during your tenure?

When I started at the museum, one of the biggest priorities was to separate The McCormick House by Mies van der Rohe of the main building. This step not only allowed visitors to appreciate the complete exterior design for the first time in nearly twenty-five years, but it also reinforced the identity of the museum. We’ve since developed themes around architecture, from a full home presentation of mid-century inspired décor to several workshops for teens. Likewise, we have sought to better establish the museum’s educational programs through renovations to increase our visibility and capacity. We are currently developing a number of education and outreach programs, the largest of which is the co-presentation of Art in Wilder Park, which attracts over 8,000 people to our museum campus.

My hope is to show what makes the organization unique. Some towns only have an art gallery, an education center or a historic house, but we have all three at the museum. Seeking to better communicate this three-part identity, we refined our message through a new logo and website…And then COVID hit…The past two years have certainly included unforeseen tweaks and adaptations, but I believe that we emerge as a stronger organization. We’re ready for now not only to talk about what we’ve been up to for the past two years, but also how we’ve inspired audiences for two and a half decades! 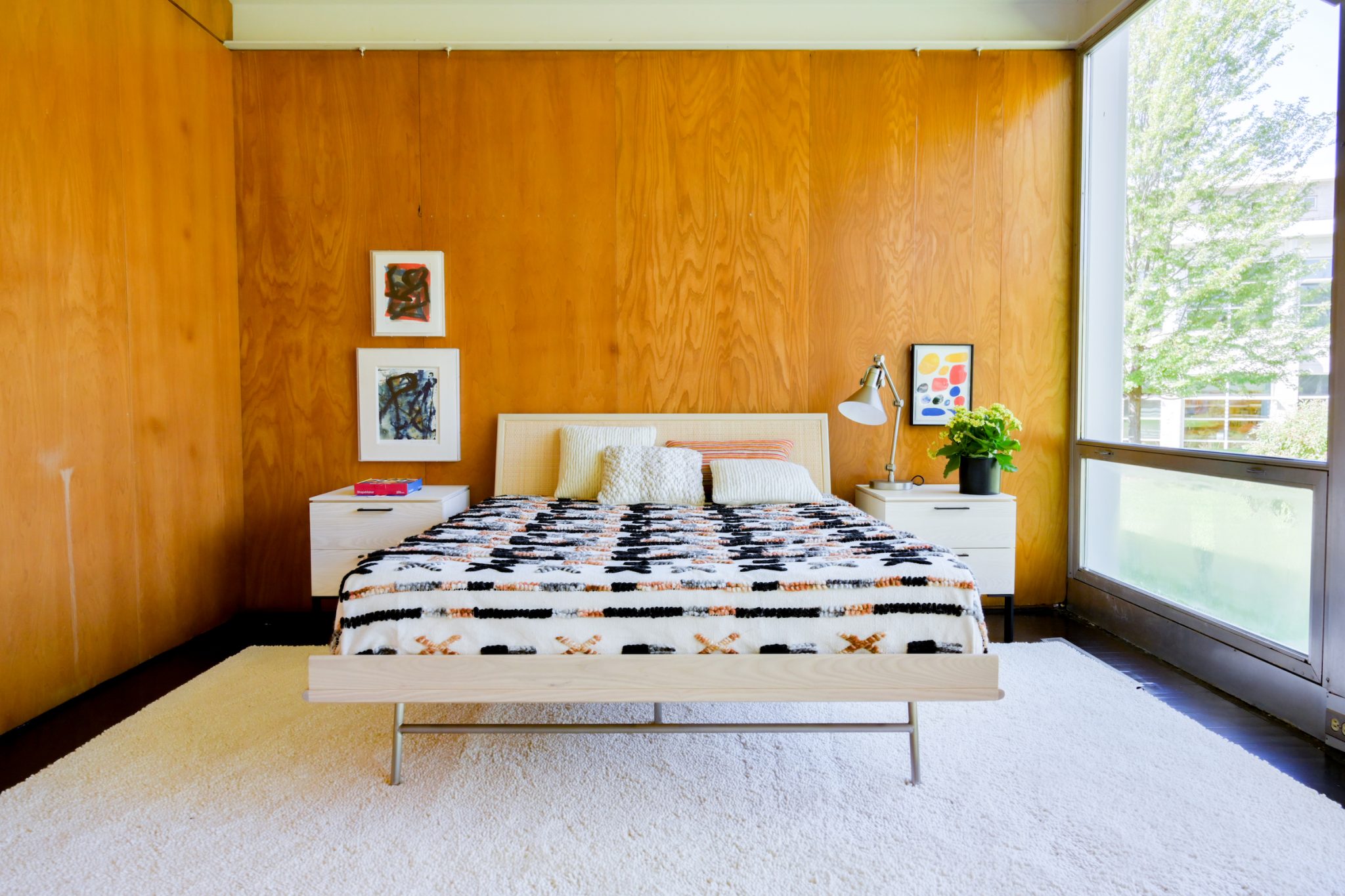 What defines a real career milestone for you?

It’s hard to pick just one stage, especially considering almost two years of COVID. But, I am incredibly proud of the bonds we have all forged together at the museum between our staff, local artists, patrons and partner organizations. Together, we all supported each other. I’m especially thrilled when I know we’ve had an impact. I love getting messages from our supporters about new art they’ve seen or a memory we’ve shared together. For example, it could be Hebru Brantley’s latest project, a new Luftwerk facility, a visit they remember by Suellen Rocca, or a note on the group tour of apartments designed by Mies van der Rohe. 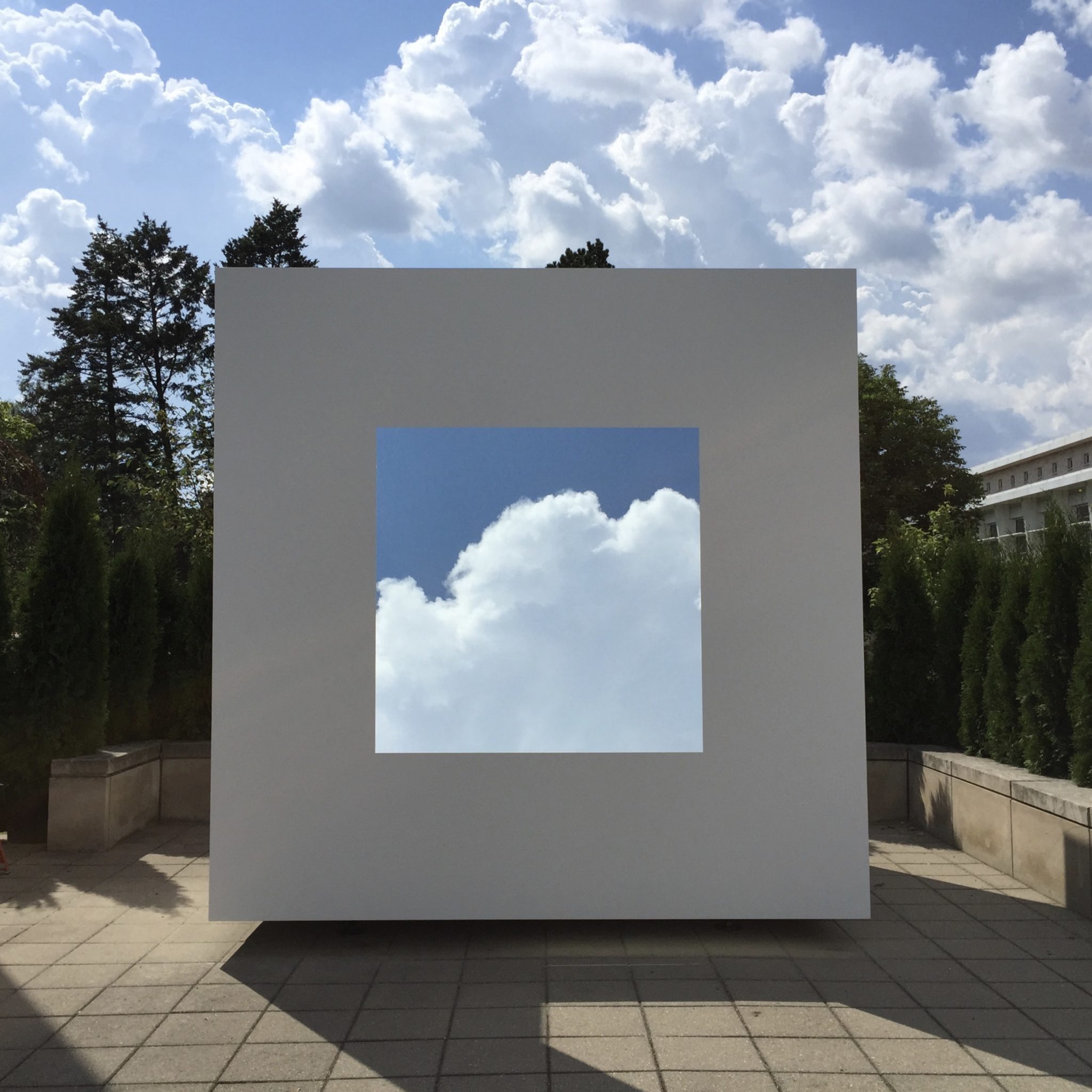 What future for the Elmhurst Art Museum? What excites you most about the next twenty-five years?

Throughout our special twenty-fifth anniversary year, we will have three distinct seasons. Our spring season will focus on 1933 House of Tomorrow and the architect’s innovative legacy, in the summer we will have a wealth of educational offerings, and the fall will feature artwork by our founder Eleanor King Hookham as well as Sentrock’s first solo exhibition. It is difficult to predict the next twenty-five years of the organization. However, in the future, others may reinvent art, education and architecture in ways we did not foresee with new media, new educational practices or broader definitions of these fundamental concepts. We have expanded our central idea of ​​”architecture” several times over the past few years. Beyond the physical style of a building, we also looked at how and where people live, as seen in our show on race and fair housing.

Greek-born Vasia Rigou is a Chicago-based art critic and pop culture journalist focusing on contemporary art, design, and fashion. She moved to Chicago in 2013 to study arts journalism at the School of the School of the Art Institute of Chicago (SAIC) where she received the New Artist Society Merit Scholarship. She grew to appreciate art after years of carefully planned, culture-filled travel itineraries and museum visits across Europe with her family. During this time, she obtained a bachelor’s degree in English literature, in her native Athens; a Masters in Media, Nottingham, UK; and studied foreign languages ​​- English, German and Spanish at the University of Salamanca, Spain. Her writings – examining museum exhibitions, gallery shows, art fairs, fashion shows and music festivals, among others – have been published nationally and internationally, in print and online. . In 2017, she founded and is now editor of Rainbowed.—an independently published website focused on visual and performing arts, digital media, and popular culture. When she’s not writing about art or watching art – wine in hand, she follows Chicago’s creative community of entrepreneurs and startups, makes lists for just about everything, drinks huge amounts of coffee and makes trips across the country whenever she gets the chance.