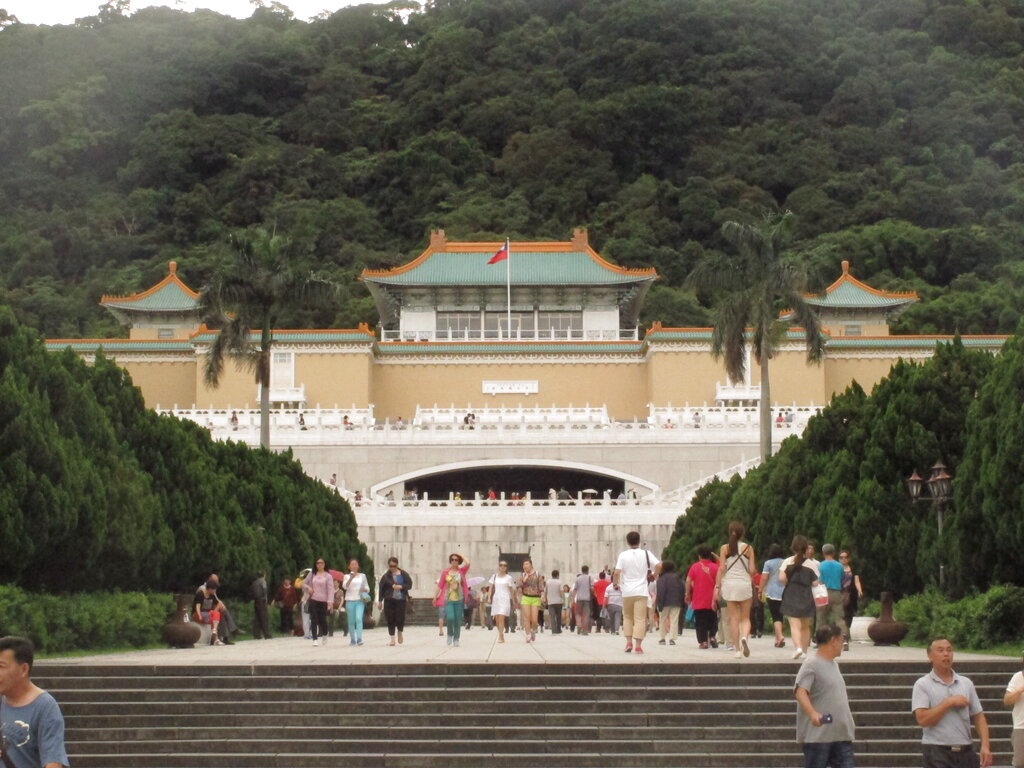 To get Morning Links delivered to your inbox every weekday, sign up for our Breakfast with ARTnews newsletter.

EMERGENCY PLANS. The National Palace Museum in Taiwan recently held its first “wartime response exercise”, preparing personnel to what to do if china invades the island, CNN reports. Although the treasure-filled institution in Taipei did not explain in detail how and where it planned to move its assets in the event of a military conflict, it said it would focus on safeguarding some 90,000 of the 700,000 items she handles, with an emphasis on high-value, portable gear. Many of these coins were brought to Taiwan from Beijing Palace Museum in 1949 by the Chinese Nationalist Partywhen he retired in the middle of the civil war with the the Chinese Communist Party. “Whether we should evacuate the artifacts depends on the commander-in-chief in the event of war,” museum officials said in a statement.

THE ART OF DIPLOMACY. In the comments at Sunday Culture review, the English Museumdeputy director, Jonathan Williamsproposed what he called a “Parthenon partnership” with Greece, claiming that his institution wants to “change the temperature of the debate” on the disputed Elgin Marbles. Williams did not claim the return of these marbles to Athens, but the director of the Acropolis Museum the, Nikolaos Stampolidis, say it Associated press that there can be a “basis for constructive discussions”. If the Elgin Marbles were to be returned to Greece, it would be “like the British restoring democracy themselves,” Stampolidis said.

Doreen Adengoa renowned architect who founded Adengo Architecture in Kampala, Uganda, died aged 45 after a long illness. Adengo taught at New school and the Pratt Institute in New York, and was a conservation architect at Uganda Museum. [Dezeen]

Images that the Dutch photographer Hermann Heukels filmed in 1943 about Amsterdam Jews being sent to concentration camps is widely published, but until recently his membership in the Nazi Party was not well known. A new book and a new Holocaust memorial in the city are changing that. [The New York Times]

collector and businessman Abishek Poddarthe founder of the new Museum of Art and Photography in Bangalore, which is South India’s first major private art museum, received the profile treatment of a journalist Enid Tsu. He immersed himself in art while he was at Doon School (which is known as “India And we”), interviewing artists for a school magazine. [South China Morning Post]

In an essay, writer and curator Rijin Sahakien criticized the Berlin Biennale for the inclusion of an artist installation Jean Jacques Lebel with enlargements of the Abu Ghraib torture photographs. Sahakian writes that “the Biennale made the decision to commodify photos of Iraqi bodies illegally imprisoned and brutalized under the occupation, displaying them without the consent of the victims and without any input from the Iraqi artists participating in the Biennale, whose work has been installed nearby without their knowledge. ” [Artforum]

digital artist Federico Clapis have come forward on Twitter to claim they are the anonymous NFT artist known as Pack. [The Crypto Times]

IRREPLACEABLE. Last year, Beyonce and her husband, Jay Z, appeared in a Tiffany advertisement alongside a Jean-Michel Basquiat The painting. Jay-Z has also checked the artist’s name in his work, perhaps specifically on 2013 “Baby Picasso” (“Yellow Basquiat in my kitchen area”). And now, last Friday, Beyonce released their latest album, Renaissance, and he not only a cover rich in art history, but also a line that refers to this legendary character. It’s about the hypnotic “I am that girl” and the singer “knocks Basquiats off the wall”. [Oprah Daily]