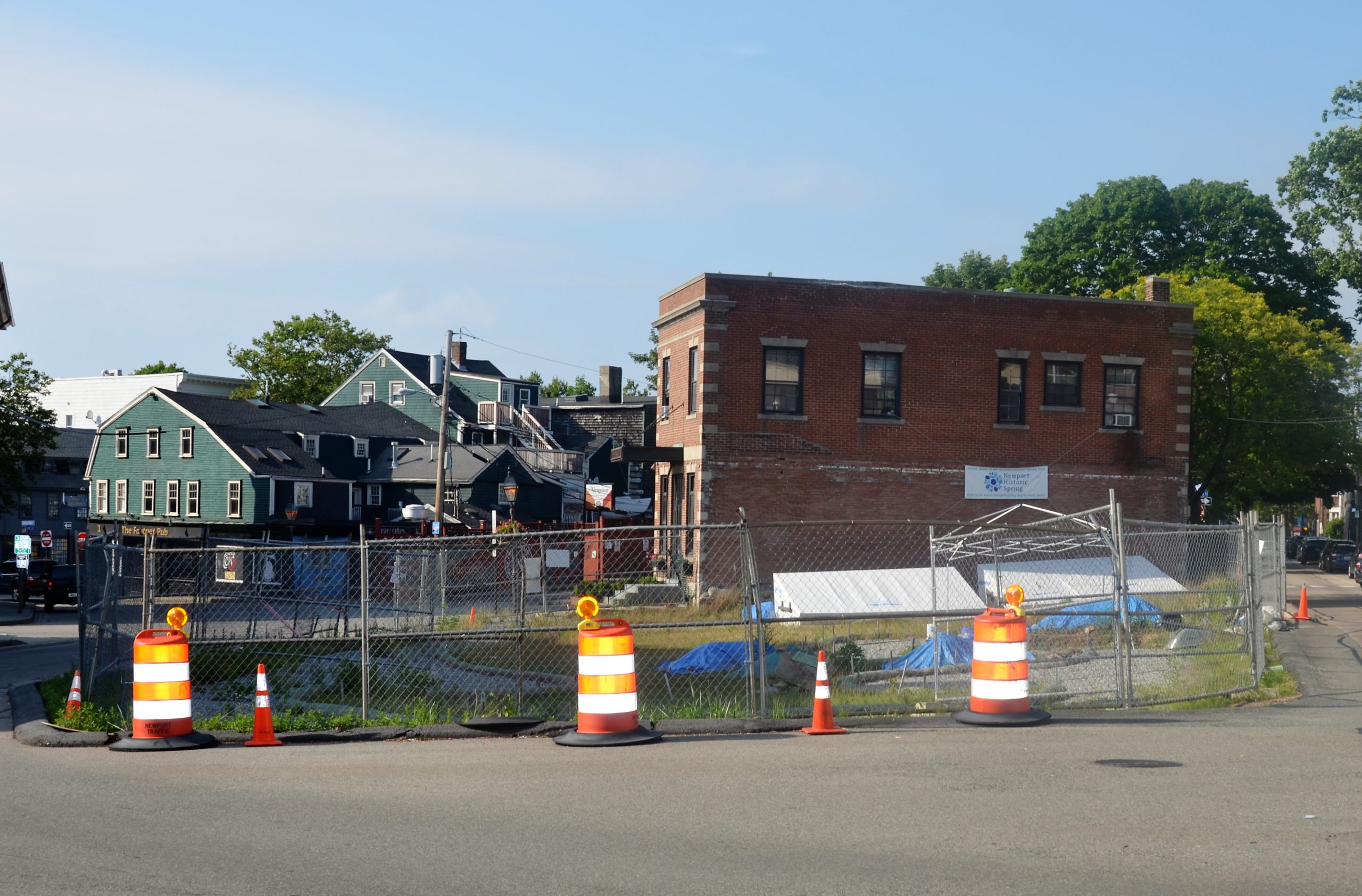 By the end of July, “archaeological researchers” at Salve Regina University are expected to present the results of their exploration of the spring site that sparked the development of Newport and is now turned into a local park.

Surrounded by some of the city’s oldest buildings, the long-forgotten spring will be the centerpiece of a park that will commemorate the place and values ​​on which the city was founded. The archaeological project will provide a better understanding of the importance of the source and the people who occupied the area hundreds of years ago.

Lillian Dick, a board member for the Historic Newport Spring Project, said “investigators” found porcelain and bone possibly more than 200 years old among her finds. She said the Department of History and Cultural Arts in Salve Regina is undertaking the archaeological project.

Meanwhile, she said, she doesn’t expect construction on the project to start for more than a year, subject to the committee’s ability to raise the $ 3.5 million needed to transforming what had become the site of the Coffey gas station into a passive recreation area that commemorates the site’s significance and the city’s values. The Historic Spring Project owns the property, which Dick says will be transferred to the city once the park is complete.

“This is the site on which Newport was founded,” she said. “It’s an incredible opportunity to reclaim space. “

On its website (www.Newporthistoricspring.org), the organization said Newport Historic Spring Park “will commemorate the values ​​of religious freedom, religious tolerance, and separation of church and state upon which the city was explicitly founded.” The site was an integral part of Newport’s history that has been overlooked for centuries.

Close to some of the city’s main landmarks – the Touro Synagogue, the Colonial House, and nearby churches – Dick expects the site to become a meeting place for tour groups, a historic landmark itself, and tourists. passive recreation for others.

Frank Prosnitz brings several years of journalism to WhatsUpNewp, including 10 as Editor-in-Chief of Providence (RI) Business News and 14 years as a reporter and bureau chief at Providence (RI) Journal. Prosnitz began his journalistic career as a sports reporter at Asbury Park (NJ) Press, before joining The News Tribune (Woodbridge, NJ), before joining the Providence Journal. Prosnitz hosts the Morning Show on WLBQ (West) radio, 7 a.m. to 9 a.m. Monday to Friday, and It’s Your Business, also on WBLQ, Monday and Tuesday, 9 a.m. to 10 a.m.