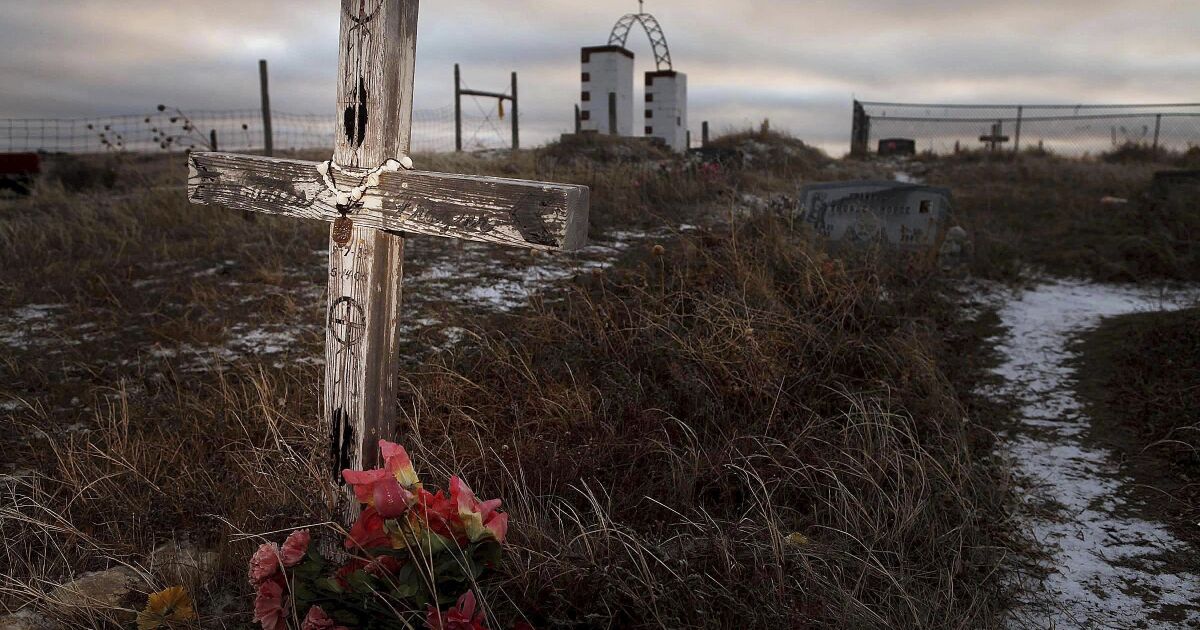 Two Native American tribes in South Dakota have joined forces to purchase 40 acres around Wounded Knee National Historic Landmark, the site of one of the deadliest massacres in US history.

The Oglala Sioux and the Cheyenne River Sioux said the purchase of the land on the Pine Ridge Indian Reservation was a cooperative act to ensure the area is preserved as a sacred site. More than 200 Native Americans – including children and the elderly – were killed at Wounded Knee in 1890. The bloodshed marked a watershed moment in the border battles the US military fought against the tribes.

“This is a small step towards healing and ensuring that we as a tribe protect our critical areas and assets,” Oglala Sioux Tribe President Kevin Killer told The Associated Press.

Marlis Afraid of Hawk, a member of the Cheyenne River Sioux tribe whose grandfather, Albert Afraid of Hawk, survived the 1890 massacre at age 13, said she was delighted to see the tribes take possession. She said she carries on the oral tradition of telling her grandchildren how her grandfather survived by fleeing through a ravine after a rifle held by a US trooper failed to fire at him.

As a member of a group that represents descendants of massacre survivors, she initially raised objections to the Oglala Sioux Tribe buying the land, but said the joint purchase made her feel “honoured. and grateful.”

Members of the Oglala Sioux, Standing Rock Sioux, Rosebud Sioux and Cheyenne River Sioux tribes were all at Wounded Knee in 1890, Afraid of Hawk said.

She hoped the site could be used for “the education of people who come to see the site of the massacre”.

“They have to know the story. It has to go through the real, real Lakota people,” she said.

The tribes’ agreement ends a decades-long dispute over ownership of a site that has figured heavily in the indigenous peoples’ struggles with the US government. Jeanette Czywczynski became the sole owner of the property after her husband, James, died in 2019. He had purchased the property in 1968.

The Czywczynski family operated a trading post and museum there until 1973, when American Indian Movement protesters occupied the site, destroying the post and Czywczynski’s home.

The family moved away from the area and put the land up for sale, asking $3.9 million for the 40-acre parcel closest to the site of the massacre, even though the land, including an adjacent additional parcel of 40 acres, had been appraised at $14,000.

In 2013, movie star Johnny Depp announced his intention to purchase the property and donate it to the Oglala Sioux Tribe. Depp, who starred as Tonto in a remake of the movie, “The Lone Ranger,” has come under fire for trying to capitalize on the movie by making unsubstantiated claims of Native American ancestry. Depp did not follow through on the purchase.

Killer, the president of the Oglala Sioux tribe, said the tribe’s resolution to purchase land calls for its preservation as a sacred site.

“There are still a lot of unresolved artifacts and objects that shouldn’t be disturbed,” he said.

Manny Iron Hawk, another member of the Wounded Knee Survivors Assn., said he sees the land acquisition as another step in the century-old American Indian revival movement known as the Ghost Dance. The U.S. military was trying to quell the Ghost Dance in 1890 after it swept through Native communities with a prophecy that colonial expansion would end and Native American communities would unite for prosperity.

“The Ghost Dance was a beautiful dream for our people. It wasn’t a death dream, it was a life dream,” Iron Hawk said. “Today we are the new Ghost Dancers and we are fulfilling our duty to do what we can for our loved ones there at Wounded Knee.”