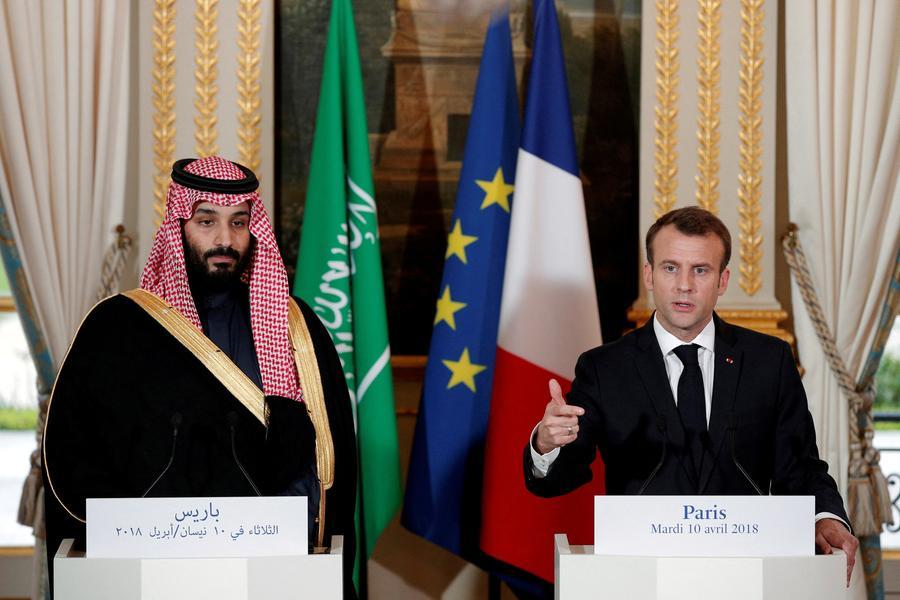 A final statement has been released by Saudi Arabia regarding Crown Prince Mohammed bin Salman’s visit to France from July 27-29 at the invitation of President Macron.

According to the statement, the two leaders discussed the need to develop and implement climate agreements with a focus on emissions rather than sources. Discussions also focused on ways to deepen the investment partnership between the two countries by accelerating the pace of investment and economic cooperation, enhancing cooperation in renewable energy including solar and wind power, cooperation in the field of clean hydrogen, adhering to the principles of the Convention on Climate Change. and the Paris Agreement.

During the formal session, both sides underscored the need for continuous assessment of common threats to common interests as well as security and stability in the Middle East. They stressed the importance of strengthening cooperation and partnership in defense areas as well.

The talks focused on ways to develop and strengthen cooperation and coordination on issues of common concern, including terrorism and terrorist financing as well as other forms of crime, and to exchange skills and formations to fight them.

Discussions also highlighted the importance of resolving international disputes through diplomatic and peaceful means, adherence to the Charter of the United Nations, the principles of good neighborliness, respect for the unity and sovereignty of countries and the non-interference in the internal affairs of others.

The French side hailed the Kingdom’s efforts to maintain the truce in Yemen. The Kingdom appreciated France’s support for the UN’s efforts to reach a comprehensive political solution to the Yemeni crisis according to the three references.

The two sides discussed their support for Lebanon’s sovereignty, security and stability, as well as the importance of implementing comprehensive political and economic reforms in the country. They also expressed their satisfaction with the efforts of the Franco-Saudi Fund to support humanitarian and relief work in Lebanon according to the highest standards of transparency.

The discussions also revealed common views on the need to intensify efforts to achieve a comprehensive and just settlement of the Palestinian issue in accordance with the principle of the two-state solution, relevant international resolutions and the Arab peace, in a way that guarantees the right of the Palestinian people to establish their independent state within the 1967 borders and with East Jerusalem as its capital.

The meeting stressed the importance of reaching a political solution to the Syrian crisis that preserves the territorial integrity of Syria and the security of its people. The two sides also discussed international efforts to prevent Iran from acquiring a nuclear weapon, to ensure that Iran’s nuclear program is peaceful. They urged Iran to cooperate fully with the International Atomic Energy Agency, maintain the principles of good neighborliness and non-interference in the internal affairs of countries in the region.

Finally, the Crown Prince expressed the Kingdom’s gratitude for French support for Riyadh’s candidacy to host the 2030 World Expo.