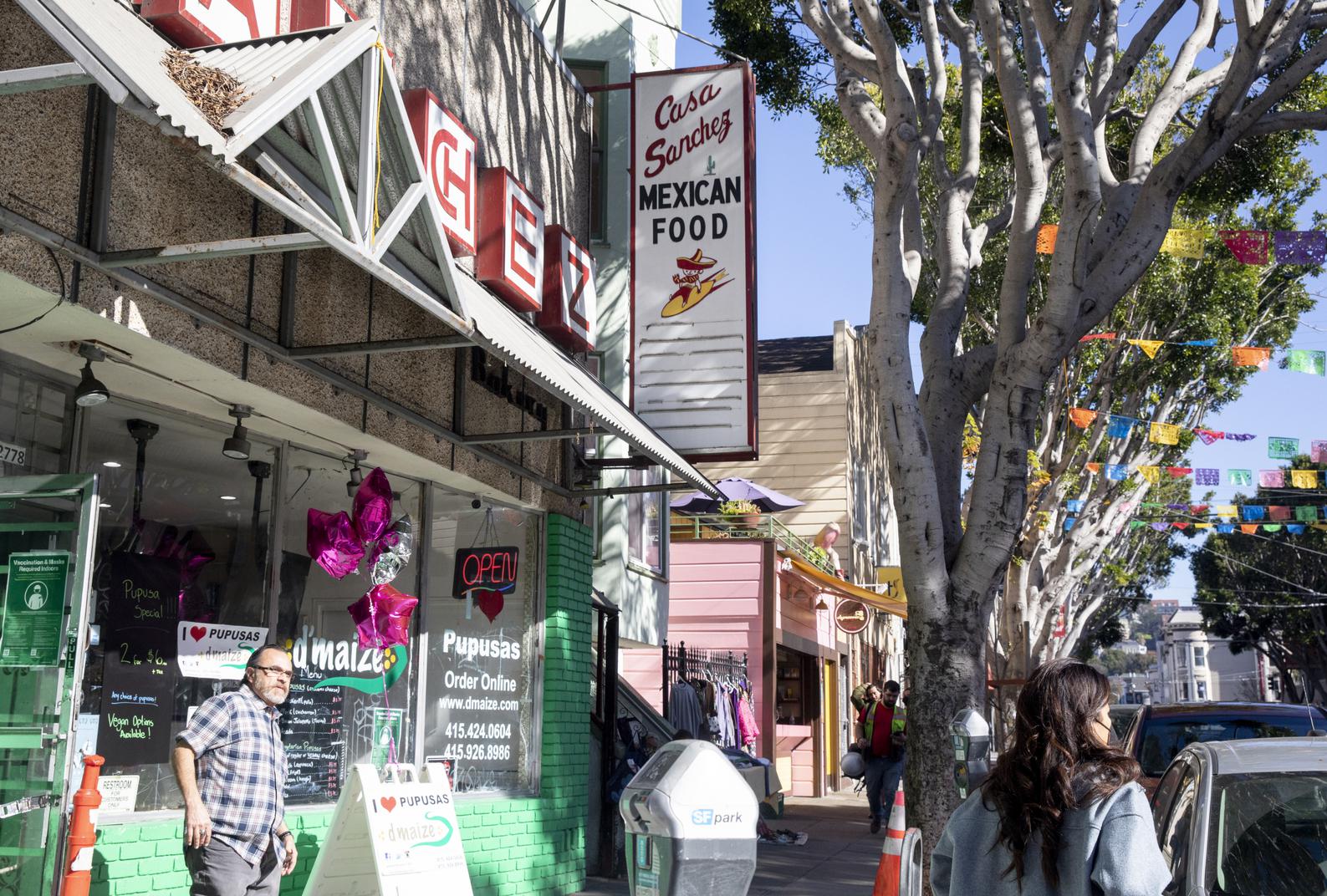 The Casa Sanchez building in San Francisco’s Mission District is set to become one of the city’s first Latin American properties to receive historic landmark status for its contributions to the city and its Latin American community, according to the San Francisco Latino Historical Society.

The designation will mark one of the first Latino-owned buildings listed for historic contributions to the city’s Latino community, said Anne Cervantes, architect and founding member of the San Francisco Latino Historical Society. The group helped the company apply for historic status and is working to ensure that other local institutions receive the same recognition.

The Board of Supervisors unanimously passed an ordinance Tuesday that would designate the building at 2778 24th Street as a historic landmark. A second compulsory vote is scheduled for next week before heading to the Mayor of London Breed’s office for final approval.

Casa Sanchez has been a San Francisco institution for nearly 100 years – selling tamales, enchiladas, chorizo, masa, handmade tortilla chips and salsa – and was once recognized as a legacy business by city officials. The family business is more than a business, according to its leagues of supporters: Its owners helped create the identity of the city’s Latino business district in the Mission District, they said.

Cervantes said the historic designation was an important step in documenting and preserving Latino history in the city and “a way to slow gentrification” in the Mission District — a predominantly Latino neighborhood that has changed over the years. years with the influx of technology into the industry and the high cost of living.

“Our story has not been documented,” she said. “We are not an invisible society and this is a first step to show that we have made contributions.”

Cervantes added that Casa Sanchez also contributed to the identity of the Mission District’s cultural Calle 24 Latino neighborhood, where many businesses line the colorful street.

Roberto and Isabelle Zenteno-Sanchez, the founders of Casa Sanchez, immigrated from Mexico to Texas in the early 1900s before arriving in San Francisco in the 1920s, according to the SF Latino Historical Society. They started the business in 1924 in the Western Addition and it later grew from a tamale factory to a wholesale ‘Mexicatessen’ business which sold homemade tortilla chips, salsa and other ingredients on site. of Mission District.

Today, the 98-year-old company is widely known for its tortilla chips and Mexican salsa sold in grocery stores across the country, and its iconic “Jimmy the Cornman” logo – a man wearing a sombrero while riding a piece of corn. Some customers get Jimmy tattoos as part of an old deal to get a free lunch for a lifetime. In 2017, Casa Sanchez was officially named the city’s 100th legacy business.

“We are just a small piece of the whole Mission business pie and we are just lucky to be recognized,” said Robert Sanchez, 65, president of Casa Sanchez and the third generation of the family. His mother, Martha Sanchez, died in 2011.

Supervisor Hillary Ronen, who represents the Mission District, said she was “so excited” about the landmark status.

“Marking the building, the actual physical space, is kind of enshrining that history forever and acknowledging the importance of Latino entrepreneurship and their contribution to San Francisco fame and history,” said Ronen.

As Executive Director of the Calle 24 Latino Cultural District, Susana Rojas said one of their goals is to support and improve the Latino community and businesses in the city and district of Mission and she is proud by Casa Sanchez.

“Having such a central piece of our history and our neighborhood as a landmark is beyond proud moment,” she said.

Casa Sanchez no longer operates its business at the 24th Street location – their manufacturing plant where they make and distribute chips and salsa is in Hayward and a Salvadoran restaurant now operates at the San Francisco location. But the Sanchez still own the building and call the Mission District their home.

“The Mission District is our home,” Robert said. “We are here to stay…for generations to come.”