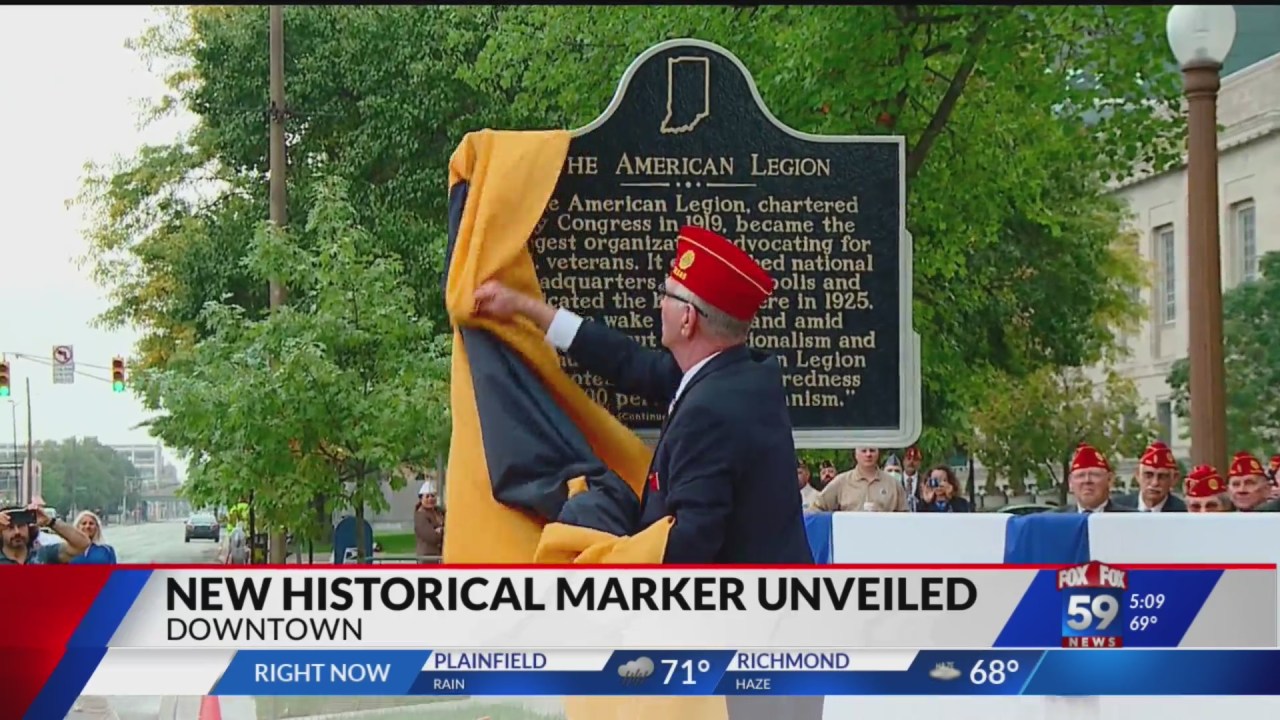 INDIANAPOLIS – A new historic Indiana marker will commemorate the history of the American Legion in Indianapolis, recognizing its first national headquarters.

The American Legion has been headquartered in Indiana since 1919, with its first national headquarters opening in 1925.

“Markers provide snapshots of our past and they help us bring back stories to the historic landscapes to which they belong,” said Casey Pfeiffer, director of the historic markers program for the Indiana Historical Bureau.

Hometown Hero: The community comes together to honor Cpl. Humberto Sanchez at the candlelight vigil in Logansport

The seat was then replaced in 1950, but still continues to serve Indiana veterans.

The building is located on what is known as the American Legion Mall, and now houses the newly renovated and modernized Indiana Veterans Center.

It provides multiple services to Hoosiers who served in the United States Armed Forces and their families.

Organizers say markers and monuments across the city play an important role in keeping history alive.

â€œSo these monuments are important because they teach people who were not alive during that time that you know what happened and it also honors those who actually rendered service,â€ said Stewart Goodwin, Executive Director of the Indiana War Memorials Commission.

The American Legion has nearly 1.8 million war veterans around the world and is the nation’s largest veterans service organization.