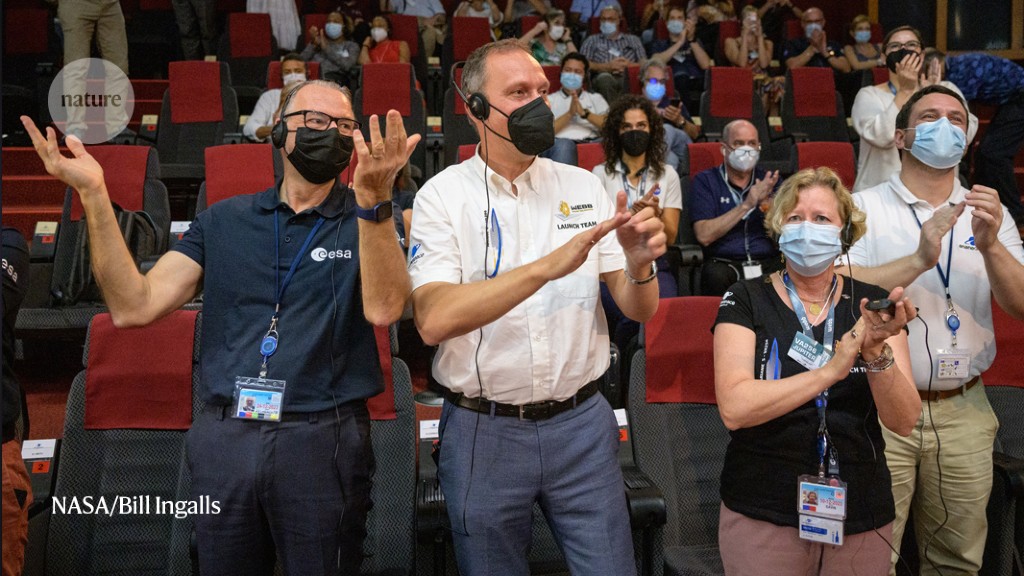 It was a great scientific project plagued with so many problems that it seemed doomed to fail. For years, the James Webb Space Telescope – an ambitious observatory planned and funded by NASA, the European Space Agency and the Canadian Space Agency – has been the butt of astronomy’s most scathing jokes. Delayed by more than a decade due to technical and management issues, Webb’s development and operating budget ultimately amounted to nearly US$10 billion, well above the original estimated $1 billion. during project design.

Yet, on December 25, 2021, an Ariane 5 rocket soared into the skies over French Guiana and carried Webb into space. Less than half an hour after launch, the telescope separated from the rocket. It then embarked on a complex dance of deployments to deploy major pieces, including a tennis-court-sized sun visor and a 6.5-meter-wide main mirror. On January 24, Webb reached its ultimate destination, an orbit around L2, or the second Lagrange point, some 1.5 million kilometers from Earth. Holding its sunshade behind it like a giant umbrella to keep its mirrors and four scientific instruments shaded, the telescope will now prepare to begin observing the Universe.

Webb was designed as a next-generation infrared telescope to succeed the Hubble Space Telescope. By June – the earliest scientific results are expected – the telescope will cool to its operating temperature and start up and calibrate its instruments.

Remarkably, Webb has managed a mostly flawless deployment so far. Scientists and engineers heave great sighs of relief. It’s a good time to assess how other big science projects can avoid the pitfalls that have plagued Webb — and to look to the astronomy that scientists hope the telescope will reveal. There are also management lessons to be learned. For many astronomers working on an upcoming space mission, the number one goal is likely to avoid the problems that have plagued Webb. These boil down to two interconnected flaws: the massive underestimation of the project’s costs and the inability to prevent scientists from adding a host of new technologies along the way.

NASA gave Webb the green light in 2002, expecting it to be launched within a decade. But throughout the 2000s, the agency and its main contractor, Northrop Grumman in Falls Church, Va., struggled to turn ambitious designs into functional hardware that could fly in space. No one had ever built anything like the enormous sun visor – made up of five very thin layers that had to be folded for launch and then unfolded in space – or the similarly folded primary mirror. Everything had to be designed, built, tested and retested from scratch. Scientists kept asking for more capabilities and engineers kept adding more complexity to satisfy them.

In 2010, an independent review, now a classic in the project management literature, pointed to fundamental errors, including the failure to produce multiple bottom-up estimates of the telescope’s true cost over time. (Even at first, few believed the original $1 billion estimate.) The main problem was that NASA management had accepted an unrealistic figure and had not adjusted its thinking adequately over time. . In 2011, Congress was fed up with the cost overruns and lawmakers threatened to reverse it. In the end, Webb cost NASA $8.8 billion to develop, nearly double the amount expected even in 2009. It’s the most expensive telescope in history.

NASA has worked hard to try to avoid the pitfalls that have plagued Webb from affecting future missions, such as the Nancy Grace Roman Space Telescope. This is the large space telescope the agency is building to track Webb, and is slated for launch in 2027. Project Roman officials have been relentless in their efforts to keep the mission at its cost cap, with the main additional expense so far the result of COVID-19-induced delays, which pushed costs up nearly $400 million to $4.3 billion. Project managers in other scientific fields would do well to follow this pattern and regularly acquire independent cost estimates, as well as periodic reviews like the Roman project managers did, to ensure that they stay on track.

Obviously, no one should ever build a telescope the way NASA built Webb. But now that the observatory is in space and so close to being functional, it’s time to sing its praises. Humanity has never built such an impressive machine.

With his gigantic mirror and sensitive instruments, Webb will observe the Universe in infrared wavelengths. It will almost certainly – and immediately – break the record for the most distant galaxy ever observed and study these galaxies for clues to the evolution of the Universe. It will detect molecules such as carbon dioxide and water vapor in the atmospheres of exoplanets, helping scientists understand the chances of life on those other worlds. It will reveal the secrets of star formation by peering through the dust that shrouds stellar nurseries and blocks them from being seen with other wavelengths of light.

In line with our support for open data, Nature reaffirms that the journal will have no embargo on any early release science (data from the first five months of observations); nor on the first scientific year, known as Cycle 1 of the General Observer Program. We can hardly wait for the insights the telescope will bring.