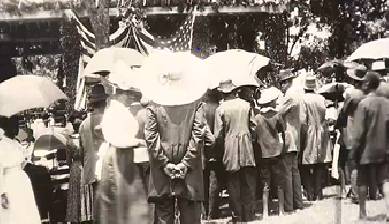 MARIETTA, Georgia – The Marietta History Museum consists of around 50,000 artifacts, but will soon feature many more.

“We strive to present and tell the stories of all members of the community of Marietta, Cobb County. We are focusing on all of Cobb County, ”said Amy Reed, director of the museum.

The museum realized among the thousands of exhibits on display that a large portion of Cobb County’s population was missing. The Cobb County Hispanic community was missing from the museum.

“We are a museum. We are not a book. A book contains all the information. The research can be compiled into a ledger, but we need artifacts, ”Reed said.

Last year, a group of honorary students from Kennesaw State University compiled a “box full” of research to help the museum solve the problem of missing representation. The group’s research is officially called the Cobb Latinx County Research Archives.

“Most of the research they found brought them here to the 1970s and beyond. So it’s relatively new. And no one has – so far in the museum – no one has documented that, ”Reed said.

The museum aims to piece together a story that “started here” in the early 1970s. Reed said it was relatively “new,” given that Cobb County was formed in 1832. But that’s still enough important.

“This is the very first time that we have had a wealth of information specifically documenting the history of our Latinx community,” said Reed.

The museum still needs the help of the community to conserve the artifacts in the exhibit.

“We need things to show, to exhibit. We hope that as the word spreads about this project, people will come and say, “Hey. I have this sartorial note on my quinceanera, or I have documents that show when I became a citizen. Regardless, this experience here in Cobb County is linked to their legacy. We would love to have the items here for display, ”Reed said.