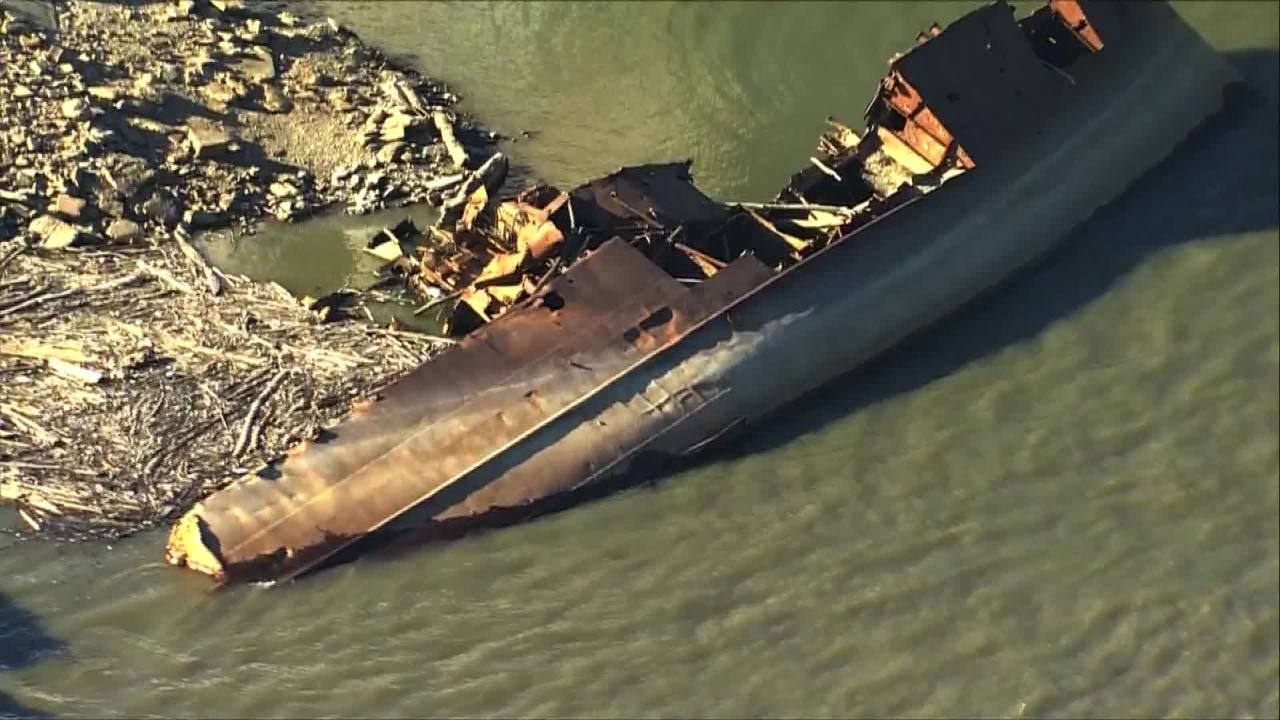 The USS Inaugural, a WWII minesweeper, was once a National Historic Landmark and was open for tours. The ship was once moored in St. Louis, but broke free in 1993 when the river reached its historic crest of 49.58 feet. The river was at 3.85 feet and was falling when the ship was spotted on Tuesday.

The vessel drifted downstream before finally turning sideways and sinking.

The National Park Service (NPS) said plans to salvage the one-piece wreckage and restore it were not feasible. The ship was considered a total loss. The NPS said it would be collected for scrap metal and museum display, but that has yet to happen.

NPS says that during World War II, the Inaugural participated in the invasion of Okinawa and served as a patrol vessel in other battles in the South Pacific. After the war, he conducted mine clearance operations in the waters around Japan and Korea. At the end of his career, he cleared 82 mines and received two Battle Stars for his service.

It is no longer a national historic monument as it has ceased to meet the criteria for designation.

You can see the water measurements in KTVI’s River Levels Forecast here. The National Weather Service also has a graph that shows the river level is expected to drop even more over the next few weeks.