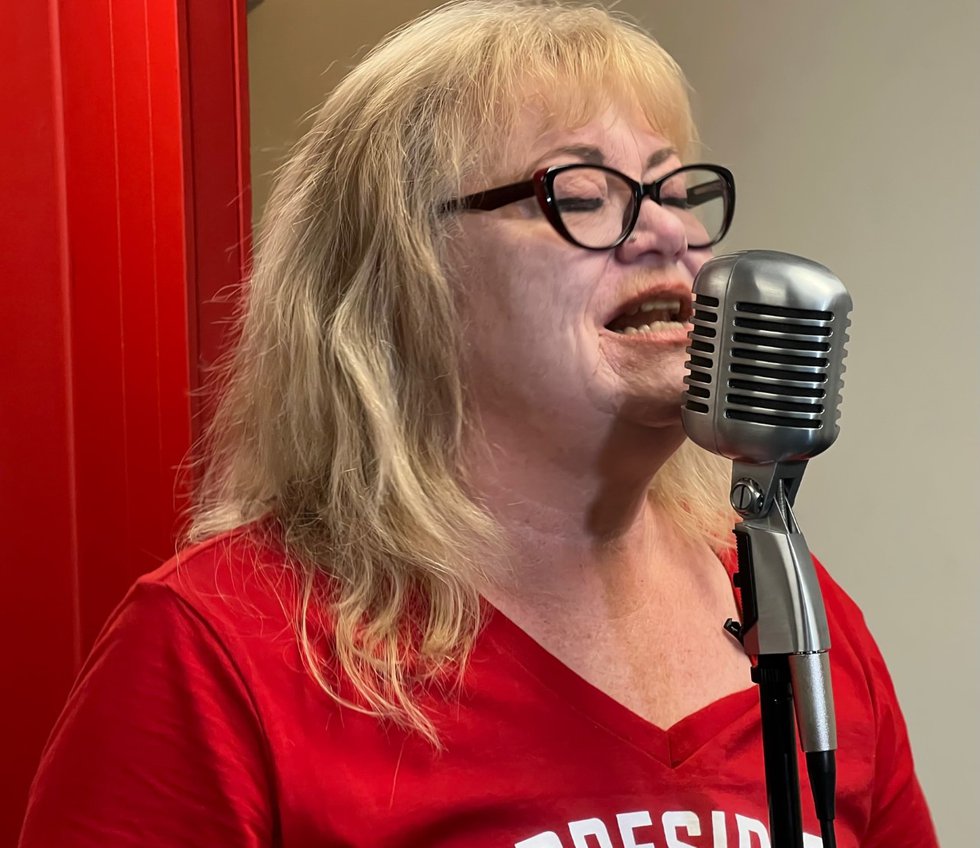 “A lot of theater shows, a lot of concerts, I had bands, I played Newby’s and I used to play Ruthie T’s,” Stewart said.

You can now catch it at the Shrimp Boat in St. Andrews or on Facebook Live. Although she loves all styles of music, she has a soft spot for one genre in particular.

“My favorite is jazz,” Stewart said. “I listened to everyone. Ella Fitzgerald, Sarah Vaughan, Anita O’Day, Peggy Lee, all the greats.

His love for music continued in the military.

“I was in the Army Band,” Stewart said. “I sang for jazz bands and army rock bands. I played flute and piccolo in the big army band.

She shared her talents with the likes of President George HW Bush, Colin Powell, George Schultz, and even Clint Eastwood.

“After playing for Clint Eastwood, we went over there and said we wanted to meet him,” Stewart said. “We go up to him and he says, ‘Were you in that group up there?’ We said yes. He says. ‘you made my day.’ We almost fell.

For the past few years, Stewart has been toying with an idea that could be music to jazz-lovers’ ears.

“There is no jazz museum in Florida,” Stewart said.

But not just any jazz museum. A place where local jazz musicians can come and sing their own horn so to speak.

“We have a surprising amount of notable jazz aficionados and players in the state of Florida,” Stewart said. “One being Ray Charles. He grew up in Greenville, Florida and attended St. Augustine School for the Blind. Arturo Sandoval in South Florida to Miami, Latin jazz player and trumpeter. Friend DeFranco. He lived in Panama City. He and his wife lived here. He lived here until his death. “

Defranco even managed the famous Glen Miller band for almost a decade. But he’s not the only one to call Bay County home.

“We had Danny Knowles. He went to Bay High, he was born here,” Stewart said. “He had a very famous club in Key West called Captain Horn Blowers and he opened one here for a while on Grace Avenue and brought in some fabulous jazz players.”

Our area still has fabulous jazz musicians making great music all over town. “You have Chris Godber, Luke Penegar, Jason Bennett, you have Joe Fucci,” Stewart said. “And much more.”

At the moment, the Jazz Museum is in the planning phase.

“We rent Roberts Hall on the third Wednesday of the month and we’ll do something like fundraisers there,” Stewart said. They said we could put about 5 exhibits on the floor where the stage is.

The first event Stewart plans for Robert’s Hall, which is in Lynn Haven, is a meet and greet on the third Wednesday in September.

Stewart said that right now what she needs most are artifacts. “The artifacts I have so far are record covers,” Stewart said. “This one has Steve Gilmore, a double bass player who played with Phil Woods, who was an extremely outstanding jazz saxophonist. Gilmore still lives here. He’s kind of in charge of the jazz society.

In the future, the hope is to unveil the museum in the arts district of downtown Panama.

“I think it would be a huge draw…a bigger draw than people realize,” Stewart said.

If you have any jazz memories or are interested in helping with this project, you can call Suzanne Stewart at 850-771-8795.