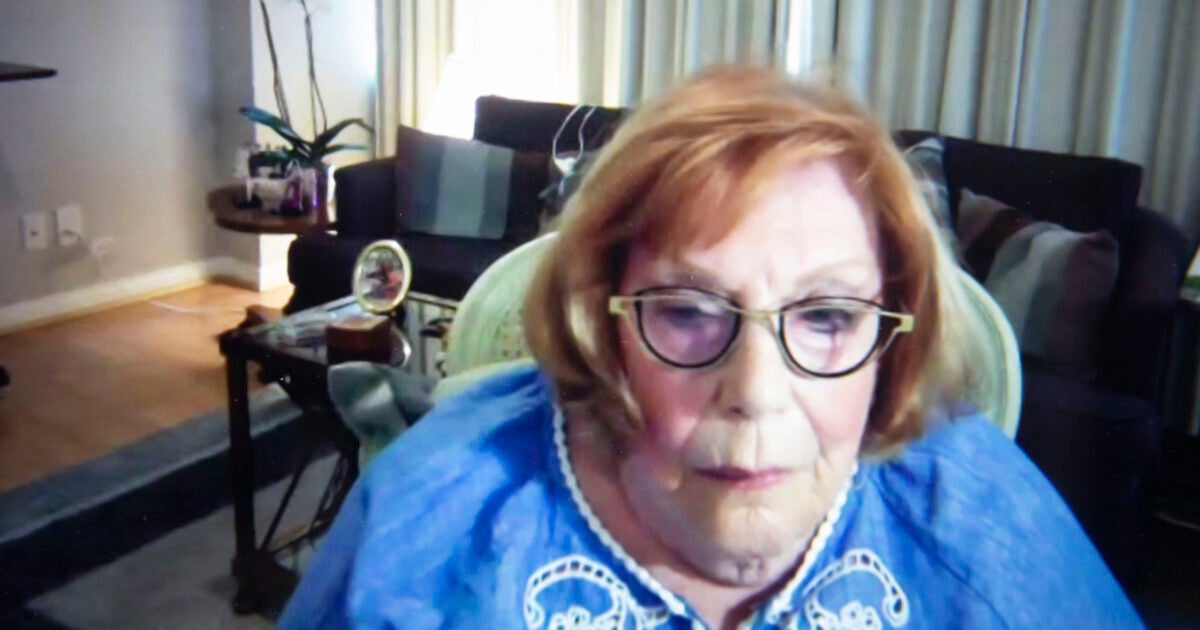 One person helping to educate younger generations is Ruth Steinfeld, a child Holocaust survivor who is featured prominently in Werner’s film and who participated in the panel. Born in Germany in 1933, Steinfeld was sent to Gurs, a concentration camp in southwestern France, with her sister and parents when she was 7 years old. A French aid agency helped get the children to safety, but Steinfeld never saw his mother or father again. Decades later, she learned that they had both been killed at Auschwitz. Today she shares her story, she told the public, to honor them and the staggering number of children murdered during the Nazi regime.

“When I found out what happened to my parents, I made a silent decision not to let it happen, that the world will know what really happened, that 1.5 million children been murdered. And for me, that’s of the utmost importance, to let the world know that this will never happen again,” Steinfeld said. “We know that in many places there’s a lot going on. And we have to keep talking about it.

The film captures Steinfeld speaking to Laporche Abram’s history class at Hastings High School in Houston. Abram, who took part in the panel during a lunch break, said Steinfeld’s visit helped his students connect his story of struggle and survival “in one way or another with their own personal stories.”

Daniel Braunfeld, associate director of the special projects program for Facing History and Ourselves, a nonprofit that uses “history lessons to inspire teachers and their students to stand up to bigotry and hate,” said stories from the past can help students better understand the empathy, motivations, inspirations, and consequences of people’s daily choices, and the decisions students make in their own lives.

“[History] provides some distance for students to grapple with these questions of how people treat each other, engage in processes, what impacts ideologies have,” Braunfeld said, “so they can start to recognize their agency in the gift.”

In his class, Abram asks his students to study the personal accounts of children who experienced the Holocaust and to keep their own journals. For the past two years, teenagers have told stories of their lives during the pandemic, she said, writing about school closures or the loss of a loved one. Comparing their own experiences to those of children who suffered in World War II, Abram said they felt “this empathy” and were better able to understand “what these particular groups of individuals were going through”. .

“I think it’s important because once we’re able to make those connections, and they’re able to find something that they can relate to…they then become invested in the desire to know more.”

Moderator Eric Shed, lecturer in education at HGSE, asked Steinfeld what the world still needs to learn from the Holocaust and from his own experience. “What the world has been through is that 6 million Jews died for no other reason than someone decided we weren’t welcome in this world, including my parents,” he said. she replied. “What we need to learn is that we are all created equal.”

Sign up for daily emails to get the latest news from Harvard.

‘I felt for the first time that I was not alone’: How Pride changed lives…