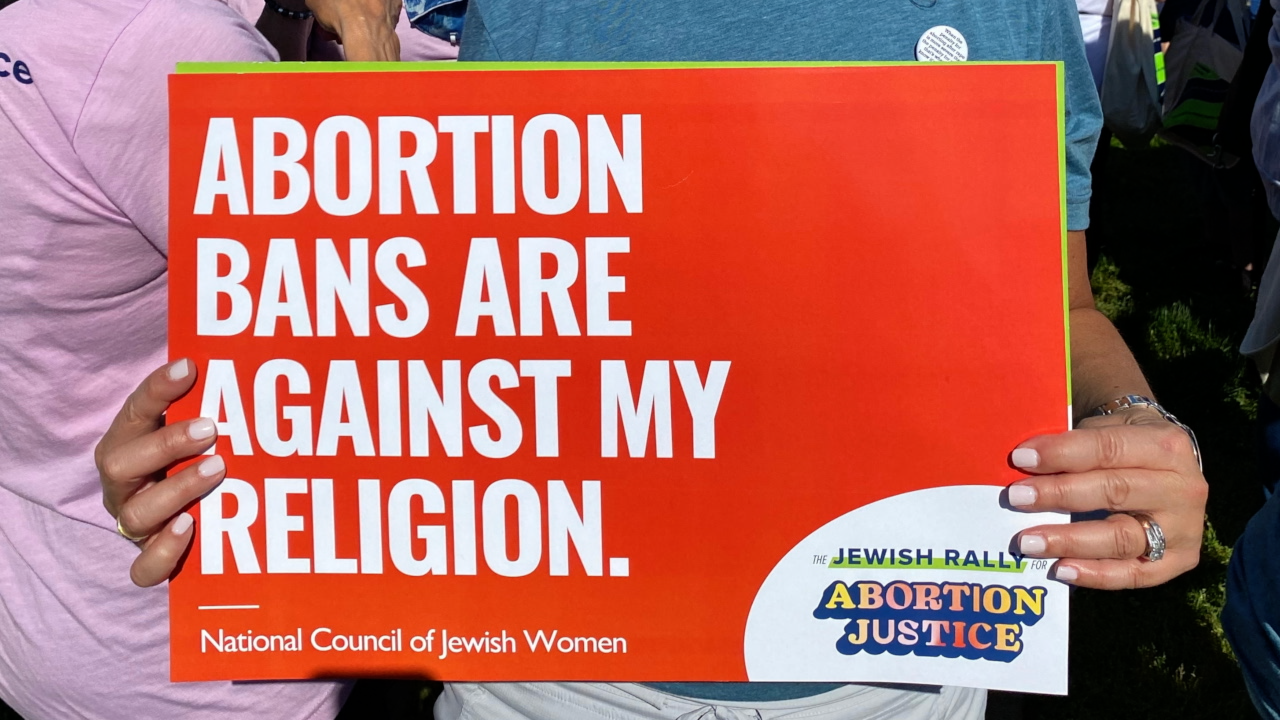 The following article originally appeared on News5Cleveland.com and is published in The Ohio Capital Journal under a content sharing agreement. Unlike other OCJ articles, it is not available for free republication by other news outlets because it is owned by WEWS in Cleveland.

Members of the Jewish community spoke out Thursday against an abortion ban at Ohio House, citing that the legislation infringes on their religious freedom.

As abortion continues to be a hot topic across the state and country, House Bill 598 had its third hearing. The Human Life Protection Act is a total ban on abortion with no exceptions for rape or incest. It is a trigger bill, which means that if passed, it will only come into effect if Roe v. Wade is canceled.

Religious leaders, doctors, advocates and community members spent the day testifying to why Ohio should not adopt it.

“These beliefs are neither Jewish nor respectful of the right of Jewish people to practice our religious values ​​in accordance with Jewish law,” said Sharon Mars, senior rabbi at Temple Israel Columbus.

There are three main reasons for this, she said.

“First, it equates to the life of the mother, even above the fetus, but her life comes first,” the rabbi said. “Secondly, the child is not considered a child until it leaves the womb – a soul is not a soul, a person is not a person until hasn’t left the womb. And thirdly, the important thing that I’m trying to point out is that not only is the physical health of the mother at stake, but also the mental health, which is key in this whole conversation.

The Talmud states that a fetus is “a mere fluid” before 40 days of gestation, however, it is not considered to have a life of its own or independent of the pregnant person’s body until “labor and birth begin”. ‘childbirth’, according to the National Council of Jewish Women (NCJW).

The Torah also states that Jewish law does not consider a fetus to have the status of a person, nor can it be murdered, as it is not alive, the organization said.

“Jewish law insists that the viability of a fetus is around 24 weeks gestation – NOT at conception,” Mars said. “Jewish law recognizes both a fetus and a pregnant person as having value and value, but at no time is a fetus ever more valuable than the pregnant person carrying that pregnancy.”

Jerry Freewalt of the Ohio Catholic Conference disagrees, saying he understands Judaism may think this way, but Catholicism thinks another way.

“We believe life begins at conception,” Freewalt said. “As far as the Catholic Church is concerned, we support the rights of the unborn child.”

He also supports the mother, he added. His religion has charities, hospitals, schools and services that help people before, after birth and during the upbringing of the child, he said.

“There’s an opposite side to the issue of abortion, and I’ve listened to it, but I mean we still believe that every life is worth something from the moment of conception.”

Different religions are expected to hold different beliefs, but one organization told News 5 that supporters of the bill do not represent their faith.

Russell, sharing statistics from Pew and Gallop that one in four abortion patients is Catholic and that 75% of Catholics believe abortion should be legal under all or some circumstances.

“At the very heart of the Catholic faith is the role of the individual conscience, which is to determine for yourself what you believe is best and to let others do the same,” she said. “I think as Catholics we should follow our conscience in all matters of moral decision-making, and also that we should value religious pluralism and diversity, because whatever you believe, the person next to you might believe differently.”

The Ohio Catholic Conference does not speak for all Catholics, she noted.

“We cannot enshrine in law a religious opinion about the life or morality of abortion, it’s just a violation of our faith and our Constitution,” she said.

Freewalt was able to testify at a supporters-only hearing the previous week.

During this hearing, supporters of the bill addressed religion, saying it did not apply in this case.

“Protecting life does not compete with religious rights,” said Mary Parker, director of legislative affairs for Ohio Right to Life.

Many pro-lifers believe science proves that life begins at conception.

“Science says every life has its own DNA, it’s a living, growing human being,” Freewalt said. “We base this on deep religious conviction, but also on science.”

The three doctors present at the hearing would disagree with this sentiment.

“This represents a staggering and sweeping intrusion into the patient-physician relationship and threatens to irreparably harm the health and autonomy of women in Ohio,” said Dr. Amy Burkett, former president and current legislative chair of the district. V of the Ohio Chapter of the American College. of obstetricians and gynecologists, said.

Many doctors don’t believe they can answer the question of when life begins because there is no consensus among scientists, according to Swarthmore College.

A study by the University of Utah found that approximately 60-70% of fetuses survive a 24 week premature birth. The Jewish faith also believes so, according to Mars.

The doctor and her two colleagues, Dr David Hackney and Dr Thomas Burwinkel, responded to lawmakers during a roundtable.

Freewalt is free to believe what he wants to believe, but Mars says he should keep them away from other people’s bodies.

It is likely that Roe v. Wade will be returned before the next hearing on the bill, so Mars wants to clarify his Judaism position.

“We can’t paint with such a broad brush base from a particular religious sensibility or belief system and apply it to all religious denominations, to all people, regardless of their religious allegiance” , said March. “What scares me is the fact that we would be applying this broad stroke to individual cases, which are incredibly complicated, one by one, and cannot be narrowed down to this one particular law.”

Get morning headlines delivered to your inbox

The New Woman’s Museum is Coming to Southeast San Diego

Marcelo: ‘I don’t want a statue, I wrote my story at Real Madrid’