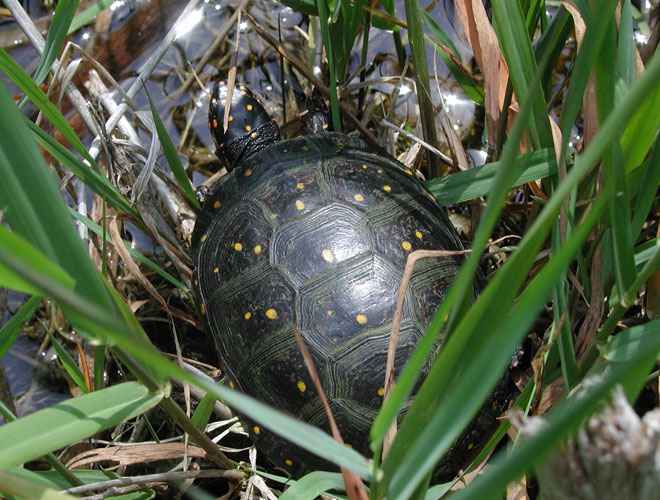 The museum has partnered with the New York Natural Heritage Program (NYNHP) to build on the efforts of Yale interns in 2016 and prepare a â€œwall-to-wall ecological community mapâ€ of the museum’s sanctuary areas, which now span approximately 350 acres from Stony Beach in the far west to the Wicopesset Channel in the east and in two places cross the island from Block Island Sound to Fishers Island Sound. As part of this study, NYNHP will inventory various habitat types and botanical and zoological species, with a particular focus on rare species of flora and fauna.

When it comes to wildlife, island birds are considered well documented, but the NYNHP will use acoustic detectors to search for rare bats and seek to document mice, voles, turtles, frogs, and other amphibians, as well. than insects. We asked the NYNHP to focus particularly on the consequences of two fairly recent arrivals: coyotes and minks.

Regarding flora, rare plants will be researched and the results will be fed into systems where they can be easily accessed and used to assess species status and trends. The Museum will make these results available to all interested parties, except to the extent necessary to protect rare plants. An investigation of new and existing invasive plant species that threaten rare plants will be particularly relevant to ongoing stewardship efforts. Like many islands, Fishers is teeming with invasive plants, both native (Bullbrier and Trumpeter Honeysuckle) and â€œexoticâ€ (Japanese knotweed, oriental sweet and sour, Japanese honeysuckle, and buckthorn). Some are so prevalent that it’s hard to imagine what would grow on our properties without them. This is a concern that the Fishers Island Conservancy, as well as the museum, have focused on. This study will help us to understand the particular threats posed by various invasive plants and will inform us to try to develop targeted control strategies.

Relive a year of death, as chaos reigned in the White House