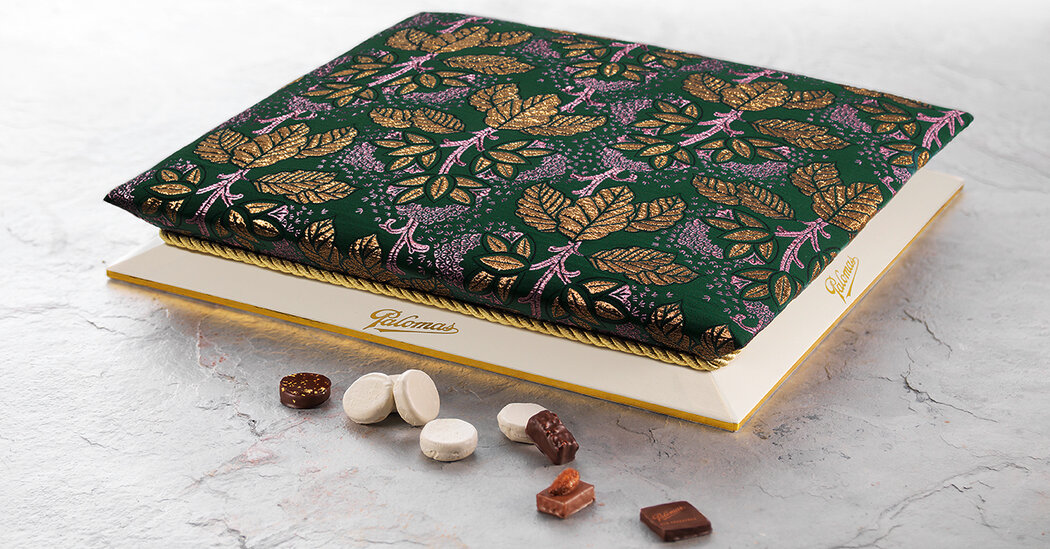 These are just a few of the specialties of Palomas, one of the oldest chocolate factories in Lyon, France. Today, the store is preparing a new chapter, with a sort of haute couture presentation.

Like many French heritage fashion houses, Palomas has a past steeped in history. But when Dominique Clerc, a master chocolatier, and his wife, Mika, bought Palomas in 2011, it was almost a forgotten confectionery, said Mr Clerc, 44.

They were charmed by the store’s sense of presentation, as well as by its postcard-like location in the historic center, near Place Bellecour and Saint-Jean-Baptiste Cathedral. The neighborhood, known as the Presqu’île, is part of the city’s UNESCO World Heritage Site.

But what really convinced Mr. Clerc, he said, was what he found in the chocolate workshop. Vintage cocoa bean grinders dating from the mid-20th century were still in working order, and records have revealed a handful of patented recipes – for example, the ultra-thin dark chocolate disks called Délicia or the Palets de Fourvière, coated with hazelnut and chocolate praline. in white meringue, named after the hill overlooking Lyon.

“I have always been in love with old mechanics and traditional know-how,” said Mr. Clerc. “So when I saw the setup and took a closer look at some of the original recipes, they were so straightforward that I felt like I could read the founder’s original intent.

“It was old fashioned, but the simplicity of the products made it completely modern. For me, he had tremendous hidden potential.

The shop was opened in 1917 by Louis Palomas, a chocolatier, and has become quite famous in the region thanks, at least in part, to the post-war baby boom, Mr. Clerc said.

Ms Palomas – no one knows her first name – was a midwife who began gifting a box of her husband’s chocolates to every new mother she met. Thus, for most of the 20th century, Palomas thrived on orders for large platters of chocolates presented at baptisms, communions and other family celebrations.

Today, Mr. Clerc, trained with the famous pastry chef Gérard Mulot and having worked for Pierre Hermé in Tokyo, continues the Palomas tradition of making chocolates by hand and on site with his team of 10 chocolatiers, while Ms. Clerc welcomes customers and manages the supply chain. But it expanded the initial offering to include sugar-free, vegan, and gluten-free options, as well as organic chocolate bars made with cocoa from Ghana, Madagascar, Ecuador, the Dominican Republic and Mexico.

But while the chocolatier has said he’s staying true to Palomas’ original taste by focusing on flavor intensity, sourcing and using as little sugar as possible, he’s now set to grow.

In December, Palomas will open a second chocolate factory and a larger workshop in a converted printing house in the sixth arrondissement of Lyon, east of the Rhône and near the Tête d’Or park.

To celebrate this move, Mr. Clerc has decided to present a new collection, called “Folie Palomas”. Assortments of 300 chocolates are presented in handmade boxes covered with a choice of five textiles produced by Maison Bucol, a Lyon textile craftsman who is now part of the Hermès group. Each box costs 700 €, excluding postage, and weighs 2.7 kilograms.

Extravagant? Absoutely. But Mr Clerc said he saw it more as “a festive convergence of French know-how,” involving two heritage houses and a lot of specialist skills, in addition to the dozens of steps involved in making Palomas candies.

“For us, it goes way beyond chocolates,” he said. “It’s an adventure between artisans who all speak the same language, share a craft culture and set the bar high. Ultimately, we are all inspired by beauty.

Grand Island woman raises awareness of the challenges of caregiving