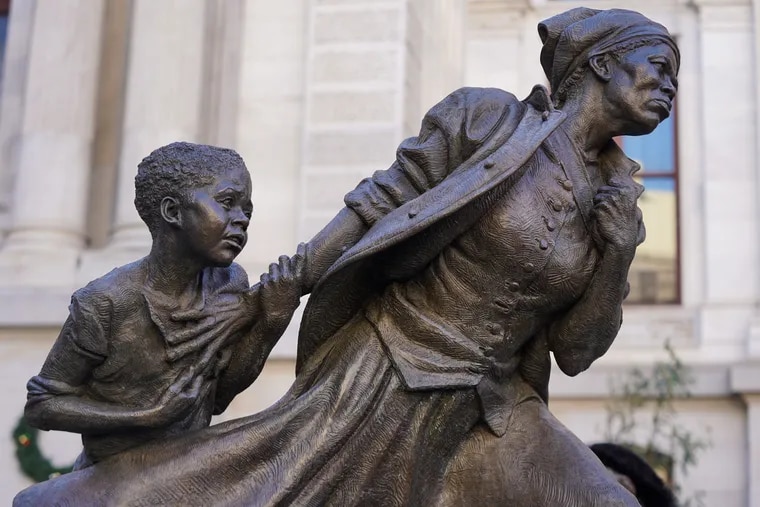 As a public historian, I was thrilled to learn that Philadelphia had decided to erect a permanent statue of Harriet Tubman. Following the outcry that the city had commissioned the statue from a white artist based in North Carolina, I accepted the decision to withdraw the contract without a tender and to solicit proposals from other artists.

But public art director Marguerite Anglin’s recent statement that the city will welcome proposals for “another African American’s contribution to our nation’s history” has raised red flags.

Harriet Tubman is sui generis – unique. She cannot be replaced by a random African-American historical figure. Tubman is the only symbol of freedom, courage and service to others. His unique contribution to American history is recognized by the CIA, which recently unveiled a statue of Tubman at its headquarters in Langley, Virginia. A little-known fact about Tubman is that she served as a spy during the Civil War and helped gather intelligence that proved vital to the Union cause. She also had strong ties to Philadelphia – she arrived in the city in 1849, having escaped slavery in Maryland, and used the city’s network of Underground Railroad homes and churches to liberate about 70 slaves from Maryland.

READ MORE: A statue of Harriet Tubman for the city is no longer a sure thing. The city’s open call will allow for other proposed topics.

Harriet Tubman deserves a permanent statue in Philadelphia. Period. But as Anglin’s statement suggests, that plan is now in jeopardy. The “new management” of the Office of Arts, Culture and the Creative Economy is as opaque as the plan to award a commission without a call for tenders.

Representation is important, but when it comes to artwork on city land, who is represented questions. Anglin said the city “will be looking for a wide variety of original and unique ideas from many artists.” But the city’s public art policy doesn’t allow it. According to a directive from the CEO’s office, the subject of a memorial must have “made significant contributions to Philadelphia, had a significant impact on Philadelphia and beyond, and represented widely shared community values.”

Representation is important, but when it comes to artwork on city land, who is represented questions.

I’ve sat on art review boards. It is doing applicants a disservice to encourage them to spend their limited time and resources on a proposal that is inconsistent with the city’s public art policy. The short list of African American historical figures who meet the criteria for a public monument include Richard Allen, Crystal Bird Fauset, Frederick Douglass, Frances Ellen Watkins Harper, Billie Holiday, Paul Robeson, William Still, Leon H. Sullivan, C. Delores Tucker, and Malcolm X. A statue of Marian Anderson is already in the works.

Given that Philadelphia seems to be exploring other options for a statue besides Harriet Tubman, I think three of the historical figures on the shortlist have particular resonance.

Crystal Bird Fauset was elected to the Pennsylvania House of Representatives in 1938, representing the then predominantly white 18th District. During her tenure, Fauset introduced bills focusing on public health, public assistance, housing for the poor, and women’s rights in the workplace. A friend of First Lady Eleanor Roosevelt, she received the Pennsylvania Meritorious Service Medal from Governor George H. Earle.

Falsetto too helped establish the Institute of Race Relations at Swarthmore College. Samuel Lewis Jr., founder of the Crystal Bird Fauset Institute for Civic Engagement, told me that she has spent her career promoting human rights and dignity locally, nationally and internationally. In 2017, the City Council passed resolutions naming blocks 5200 to 5400 of Vine Street as “Crystal Bird Fauset Way”. A Pennsylvania historical marker sits in front of his West Philly townhouse.

Frances Ellen Watkins Harper was an abolitionist, women’s suffrage and public education advocate, writer and poet. An excerpt from his poem “Bury Me in Free Land” is inscribed on a wall in the Contemplative Court of the National Museum of African American History and Culture.

Harper was a supporter of the Colored Female Free Produce Society’s “free goods” movement, which called for a boycott of goods produced with slave labor, and a traveling speaker for the Maine Anti-Slavery Society. In his seminal book The Underground RailroadWilliam Still wrote that Harper was “one of the most liberal contributors, as well as one of the ablest defenders of the Underground Railroad and the slave trade”.

She was a founding member of the American Woman Suffrage Association and a co-founder of the National Association of Colored Women, whose motto, “Lifting as We Climb,” is a possible theme for the Harriet Tubman statue.

Malcolm X, aka El-Hajj Malik El-Shabazz, was a world-renowned human rights activist and racial justice advocate. He moved to North Philly in March 1954 to expand Nation of Islam Temple No. 12. After his separation from the Nation of Islam, his charismatic leadership laid the foundation for the growth of Sunni Islam among African Americans in Philadelphia and beyond. About 200,000 Muslims live in Philadelphia, the majority of whom are black.

Malcolm X’s story of failed adolescence and early manhood, and later personal redemption, testifies that one can overcome poverty, life on the streets, or incarceration. As the city grapples with generational poverty and gun violence, we need to show young people and returning citizens that they are not defined by their past. As with Malcolm, there are second chances.

A cultural icon, Malcolm X is memorialized in books, music, visual arts, films, and a US Postal Service black heritage stamp. His time in Philadelphia is commemorated with a public park, murals, and a historical marker acknowledging his leadership of Temple No. 12.

To repeat: Tubman deserves a permanent statue. But while the city will open the call to other historical figures, there are only a few individuals who meet the city’s criteria for public art.

The announcement of a permanent statue of Harriet Tubman was a moment of civic pride that turned into a debacle due to the inability to solicit submissions from other artists. I hope the next phase of the project doesn’t lead to another confusing, confusing mess.

Faye M. Anderson is director of All that Philly Jazz, a place-based public history project. She can be reached at [email protected].