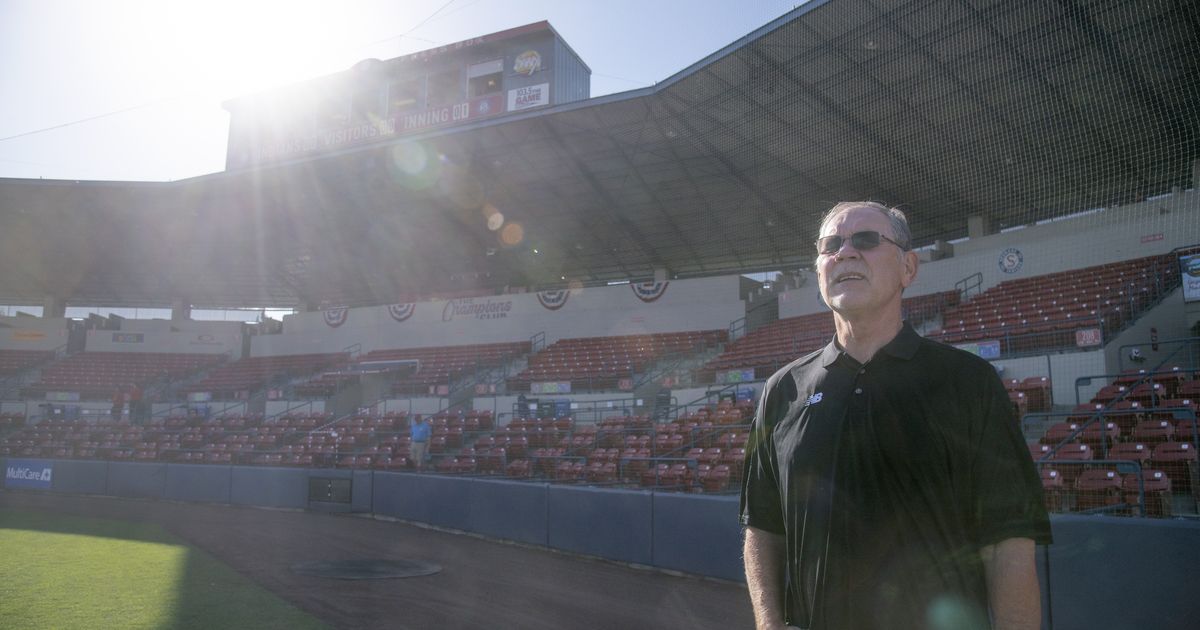 It’s been a long time since Bruce Bochy returned to Spokane.

“The last time was the year I succeeded here, in 1989,” he said at the Avista Stadium on Thursday. “It feels good to be back.”

The delay has nothing to do with the city. Bochy was very busy over the next 33 years.

The three-time World Series champion coach of the San Francisco Giants and San Diego Padres was in town last week as part of his duties as a special advisor to the Giants organization. He was here to watch the Giants’ prospects with the Eugene Emeralds, who were in town for a six-game series against the Spokane Indians.

“Lots of great memories here,” Bochy said. “A lot of fun times. That was my plan, to watch our club Eugene play (in Spokane) so I could kind of go back in time.

Bochy said he drove around town a bit, and while a lot has changed in Spokane since 1989, one thing hasn’t changed.

“The one thing I remember very well is that ballpark,” he said. “You know, it’s a great ballpark. It hasn’t changed much – which I like. You’ve got the caboose there in the right field, but it’s a ballpark stadium that brings back fond memories. We had a ring this season, and I still have that ring.

Bochy led the Indians to a 41-34 record in 1989 and won the Northwest League championship for the third straight year.

Although he only spent one season in Spokane, a lot of memories stood out for Bochy.

“I will start with the late Kevin Towers, rest his soul. We were teammates. He was my pitching coach that year and eventually became my boss, my general manager (with the Padres). It was a summer where we had a lot of fun together.

“It was the first year that we were both coaches and so we really laughed a lot during the bus rides and on the pitch. But also your first year of management is similar to that of a first-year player It was a great learning experience.

Bochy singled out a few players from that team who stood out in his memories.

“Of course you have Dave Staton, what a year he had. It was a one-man wrecking crew. We had a good team all around. We had a pitcher, Rick Davis, who had a big year for us and ended up on the mound when we won the championship at Medford.

Bochy was very grateful for the support he got in Spokane, from the fans to the front office.

“They took very good care of us,” he said. “Bobby Brett – it was great working for him. He really put the players at ease and Tom Leip, God rest his soul, we lost him too young too. But we really had a good group here , a lot of pleasure.

“There’s a lot of history here and it goes back to AAA, goes back to the Dodgers, goes back to Tommy Lasorda, you know? So when you’re on this pitch, I hope you feel that as players. This field has had a lot of great players.

Bochy, 67, wonders how much the modern gamer appreciates this kind of story in the game.

“Sometimes I ask that question, but, you know, you’d be surprised how many people know the history of some of these ballparks or even the game in general.

“But still, some (of the players) hadn’t heard of a lot of guys who played here like (Steve) Garvey. Hope they know Tommy (Lasorda). But that’s part of our job – reminding them and talking about the privilege and honor it is to play on this pitch as it has been shared with the Hall of Famers.

Although he retired from MLB, Bochy is still involved in the game in various ways. His duties with the Giants include attending spring training and visiting affiliates a few times a year to provide a sounding board for coaches and players at each of the stops.

“More than anything, I just observe, I talk to the coaches,” he said. “I’m here if the players want to talk, and I like getting to know them. I watch their progress, hope to help with the evaluation process.

“I just make myself available. But I’m being selfish – I love watching these guys play. I love watching the game and sitting up there (in the stands). You know, it gives me a better appreciation for scouts and what they do. But also, watching players make improvements and grow as players and people.

Bochy finds it invigorating to work with the minor leaguers.

“You tell them stories, you know, about the World Series or whatever, and hopefully they get a little bit of inside information about how it all happened. But yeah, just stuff like that. It was fun to connect with some of them.

Bochy looks forward to his other baseball project ahead of him: leading the France team in the World Baseball Classic playoffs in September.

Before the pandemic hit, Bochy was in Arizona helping the France team prepare for the WBC. Two years later, he’s back for another chance.

Bochy is one of seven MLB players to be born in France (Bussac-Forêt, Charente-Maritime), where his father, Sgt. Major Gus Bochy was then stationed in the US Army.

“I’m not French, but still, when you’re born there, you feel like you have a connection.”

He said that unlike two years ago, France’s list is still very present.

“I agreed to help a few years ago and it was cancelled,” he said. “We felt like, god, we had them ready.

“Some of the players we had available last time are actually in the big leagues,” he said. “And so, it’s going to be a challenge. But probably as important as anything is if I can help promote baseball in any way in France, and you know, and get them to have an understanding and a passion for it, then I’ve done my job.

Besides his baseball responsibilities, Bochy spends most of his time with his family.

“I have three grandchildren now,” he said. “I have a 41/2 year old looking after me. He comes to my house and says ‘Dad, are we fishing or playing golf today?’ He doesn’t let me sit too long.

What is driving the massive and destructive rains across the country