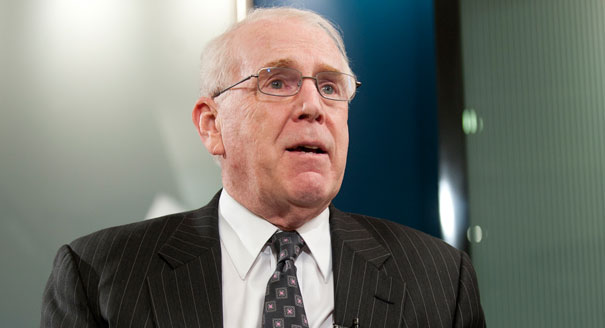 Fazio represented the Sacramento area from 1979 to 1999 and was a member of the House Appropriations and Armed Services commissions.

“He was an incredibly sharp and passionate legislator, but someone who also cared deeply about those whose voices often went unheard in Washington,” Rep. Doris Matsui, a California Democrat, said in a statement.

“He might as well be talking to a farmer or a mayor of a big city. My late husband, Bob Matsui, and I have considered Vic a close friend for over 30 years. He worked to make our country a better place with his civility and ability to find common ground.

Born in Massachusetts, Fazio came to California as a graduate student and served in the California State Assembly before being elected to the House of Representatives.

He had a reputation for supporting environmental programs and his ability to provide government funding for projects in his area, including a large wetland and wildlife sanctuary between Davis and Sacramento known as the Vic Fazio Yolo Bypass Wildlife Area. It was opened by President Bill Clinton in 1997.

Fazio was also able to cross the aisle to work with Republicans at a time when Congress seemed much less polarized.

Fazio was “a classic lawmaker” who worked with Rep. Jerry Lewis, a California Republican on the House Appropriations Committee, to secure federal funds for their state, said V. John White, a Sacramento legislative staffer who worked occasionally with Fazio.

“They were both the go-to guys … to get things for California,” he told the Sacramento Bee.

Fazio, of course, also suffered his share of criticism and defeat. He served as chairman of the Democratic Congressional Campaign Committee in 1994 when Republicans took control of the House for the first time in 40 years.

The following year, he was selected as chairman of the House Democratic caucus and served for four years.

After leaving Congress, Fazio worked at a public relations firm in Washington, D.C., then joined a law firm, retiring in 2020.

In 2011, he urged new members of Congress to educate themselves by listening to lobbyists and other Washington insiders.

“One thing you need to do is use your time effectively to learn Washington, to find out what’s going on downtown, in corporate office, in corporate office,” Fazio advised newcomers. “I mean, this is your chance to get to know people and let them know you. I still happen to think that’s important.