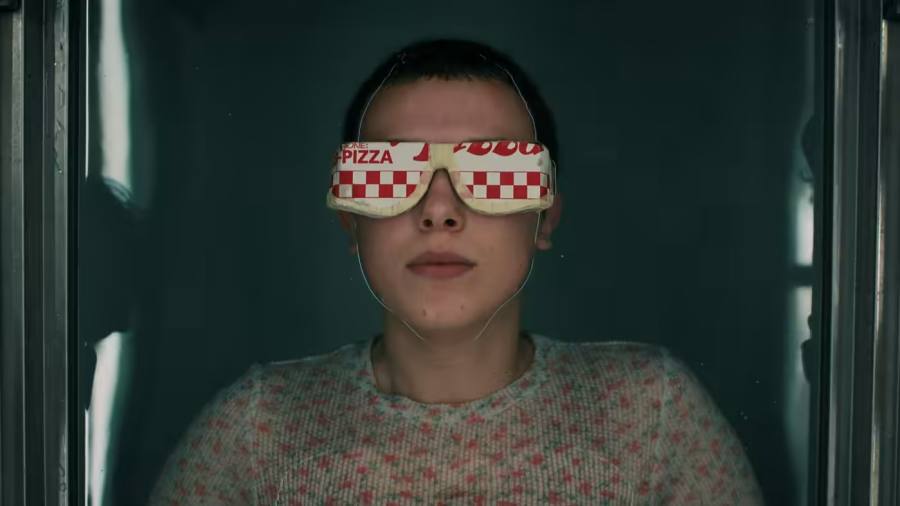 Hello. This article is an on-site version of our FirstFT newsletter. Subscribe to our Asia, Europe/Africa Where Americas edition to send it straight to your inbox every weekday morning

The strong dollar wiped billions from U.S. business sales in the second quarter, prompting many analysts to cut their profit forecasts for the rest of the year.

The list of indicators that are recording multi-million or multi-billion dollar hits has grown in recent days after the US currency hit its highest level in 20 years.

IBM, Netflix, Johnson & Johnson and Philip Morris were among companies to warn last week that the strengthening dollar could weaken earnings in the coming months.

This group is expected to swell in the coming days as tech industry titans such as Apple, Google-owner Alphabet, and Microsoft – which generate a substantial portion of their business outside the US – release their quarterly results. .

The monetary shock clouded a period of earnings that was closely watched for signs of a weakening global economy, as high inflation and tight monetary policy weigh on business and consumer demand.

The dollar was supported by the Federal Reserve as policymakers in Washington quickly raised interest rates in a bid to quell inflation, which hit a 40-year high in June. They are expected to deliver another giant rate hike this week.

American companies with large businesses overseas suffer as the strong dollar reduces the value of their international sales and makes them less competitive against their local competitors.

Five other stories in the news

1. The UK and France will get seats on the satellite reconciliation board The governments of Paris and London will each take a seat on the board of an expanded European satellite operator that aims to challenge billionaire space entrepreneurs Elon Musk and Jeff Bezos. Eutelsat and OneWeb today confirmed that they are in talks to merge and bring low Earth orbit capabilities to more customers.

2. China plans three-tier data strategy to avoid US radiation China is preparing a system to divide Chinese companies listed in the United States into three separate groups, two people familiar with the plans told the Financial Times. Companies would be divided into those with non-sensitive data, those with sensitive data and others with “secret” data that should be delisted. The plan is a potential concession by Beijing to try to prevent US regulators from delisting hundreds of Chinese groups.

3. Jair Bolsonaro launches his candidacy for re-election Brazil’s far-right president kicked off his re-election campaign in Rio de Janeiro yesterday in front of thousands of supporters by shining his conservative credentials while making overtures to female voters. Bolsonaro faces an uphill battle if he is to win the October election, with polls putting him 10 to 15 percentage points behind former left-wing leader Luiz Inácio Lula da Silva.

4. US Army chief warns of ‘significant’ increase in Chinese aircraft interceptions General Mark Milley, chairman of the United States Joint Chiefs of Staff, said China was carrying out “dangerous interceptions” against US military planes and ships and was also targeting Canada, Australia, the Japan and Washington’s other allies. Meanwhile, the controversy surrounding Nancy Pelosi’s planned trip to Taiwan is deepening. Several people privately suggest that China is threatening possible military action if the trip takes place in August.

Market Outlook Futures trading suggests Wall Street should start the week quietly as investors await the Federal Reserve’s latest interest rate decision and the impact of tighter monetary policy on soaring inflation. The S&P 500 ended down 0.9% on Friday, taking its losses for the year to 17%.

Made in Texas: A regional survey from the Dallas Federal Reserve will provide insight into manufacturing activity in the Lone Star State. Large corporations, including Caterpillar and Chevron, have expanded to Texas, lured by the promise of low tax rates and less regulation. But the Texas power grid operator warned earlier this month of possible power outages due to the heat wave.

Company income Whirlpool, the appliance maker, is expected to report second-quarter revenue fell 2% from a year ago to $5.2 billion. Earlier this year, the company raised prices in all regions it operates to offset rising raw material costs and made the decision to leave Russia following its war in Ukraine. Logitech is also releasing its results, and investors will be looking for information on the hardware maker’s consumer spending.

Leadership race in the UK The BBC is hosting a live televised debate between Rishi Sunak and Liz Truss, the latest candidates to replace Boris Johnson as Prime Minister. Find out who their firm’s favorites are.

Pope Francis apologizes to Indigenous peoples of Canada The pontiff should apologize to the indigenous people of Canada for generations of abuse and cultural suppression in Catholic boarding schools across the country. Pope Francis will visit the small Alberta Prairie community of Maskwacis, site of the former Ermineskin Indian Residential School, now largely demolished. (Reuters)

What else we read

Corporations Can’t Win America’s Culture Wars For decades, corporate America has written checks to politicians on both sides of the political divide to buy access and advance their interests. Yet leaders are increasingly caught between two camps on issues they never wanted to discuss, such as abortion. Some business leaders are now wondering if they should lay low.

Jane Fraser is keeping Citigroup out of harm’s way – for now Global financial markets have had a turbulent year, and for Wall Street veterans, it raises a familiar worry: how Citigroup will falter this time around, writes US financial editor Gary Silverman. But to the surprise of many analysts and investors, its recent results have been better than expected. A good start for general manager Jane Fraser and her new sponsor Warren Buffett.

Investors, exercise caution in emerging markets After dramatic price drops in the first half of the year, more and more analysts are recommending a higher general exposure to emerging market assets. But historically cheap prices might not be enough given the macroeconomic headwinds, writes Mohamed El-Erian.

Rethinking insurance: why prevention is better than a claim The insurance industry is evolving, with technologies such as wearable devices making it easier to collect real-time customer data. This has been instrumental in the development of programs that focus on complaint prevention, such as providing consumers with physical activity incentives.

Imposter syndrome is actually the human condition A little doubt is part of a healthy working life, so why do we call it a disease? Women, in particular, are tired of being told how to change to function better in a given environment, writes Viv Groskop, because it ignores the reality of an imperfect world.

Ottoline Leyser is Regius Professor of Botany at the University of Cambridge. The 57-year-old professor is also the head of the body that is trying to make Britain a “scientific superpower”. She thinks we have valuable leadership lessons to learn from vegetables and believes in the value of collaborative research and supporting people who take “astonishing intellectual risks.”

Thank you to readers who voted Friday’s poll. A total of 85% supported banning Donald Trump from running for president in 2024. On the same day as the poll, former Trump political adviser Steve Bannon was found in contempt of Congress. I’ll be back in your inboxes tomorrow – Gordon.

Thanks for reading and don’t forget you can add FirstFT to myFT. You can also choose to receive a FirstFT push notification every morning on the app. Send your recommendations and comments to [email protected] Register here.

Newsletters recommended for you

troubled times — Document the changes in business and the economy between Covid and conflict. Register here