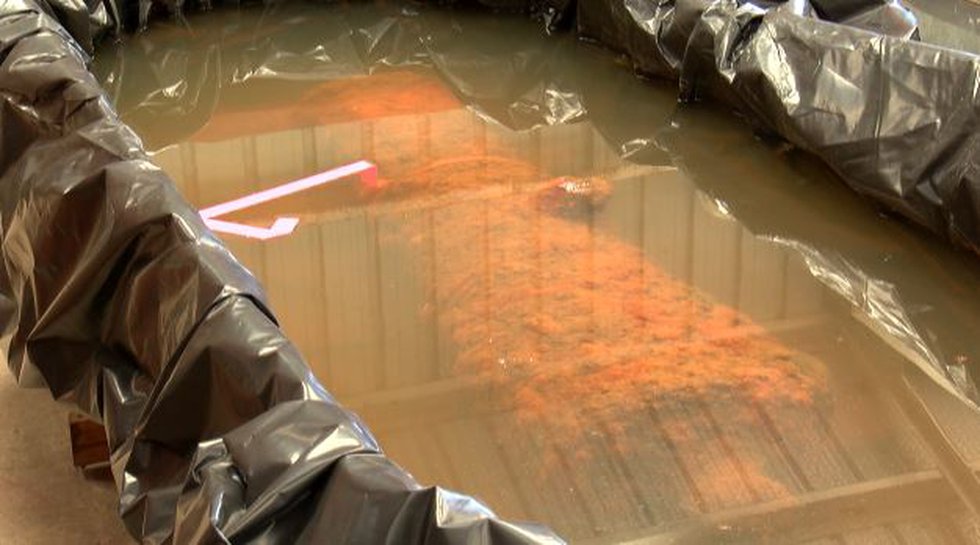 SAVANNAH, Ga. (WTOC) – A year after discovering three cannons while dredging the Savannah River, the U.S. Army Corps of Engineers has now brought to the surface more pieces of the war’s history of independence, including a dozen additional guns.

“The Savannah River has a ton of secrets. There are probably thousands of shipwrecks in this river,” said Andrea Farmer, an archaeologist with the US Army Corp of Engineers Savannah.

“You know you think of cannons and pirates when you think of a shipwreck,” added Stephen James, Commonwealth Heritage Group director of the maritime division.

Well, maybe not pirates, but the US Army Corp of Engineers has recently found its fair share of cannons.

After tripping a bit on the top three last year when dredging.

“We realized there had to be something there because it’s so rare,” Farmer said.

So they spent the last year at a place near Fort Jackson called Five Fathom Hole.

“It was kind of a focal point in protecting the city both during the Revolutionary and Civil War, so they did a series of sonar surveys,” Farmer said.

“We had to send divers to investigate each target. Of those targets, we had 12 more guns,” James added.

12 other cannons and a variety of small artifacts, like cannonballs.

So where do they come from?

“Initially it was thought the cannon might have come from HMS Rose,” James said.

But as they now know, the Rose had her guns removed before she was sunk.

So, if not the Rose?

“We suspect the guns are solely or primarily from His Majesties Ship the Savannah,” James explains.

HMS Savannah was scuttled in the river on September 20, 1779 to block French attempts to help the Americans retake the city from the British.

“We know the Savannah had 14 guns, we recovered 15 guns, so there is a discrepancy in the records,” James said.

The extra gun, possibly from nearby HMS Venus, or possibly was used as ballast on the Savannah.

But they probably won’t know for a few years as they continue the conservation process that will reveal more clues to their past.

A past that they are delighted to bring to the surface.

“It was amazing to be able to shine a light on this part of Savannah’s history,” Farmer said.

If you want to learn more about the find and see some of the artifacts for yourself, they’re hosting a public viewing Thursday at the Savannah History Museum.