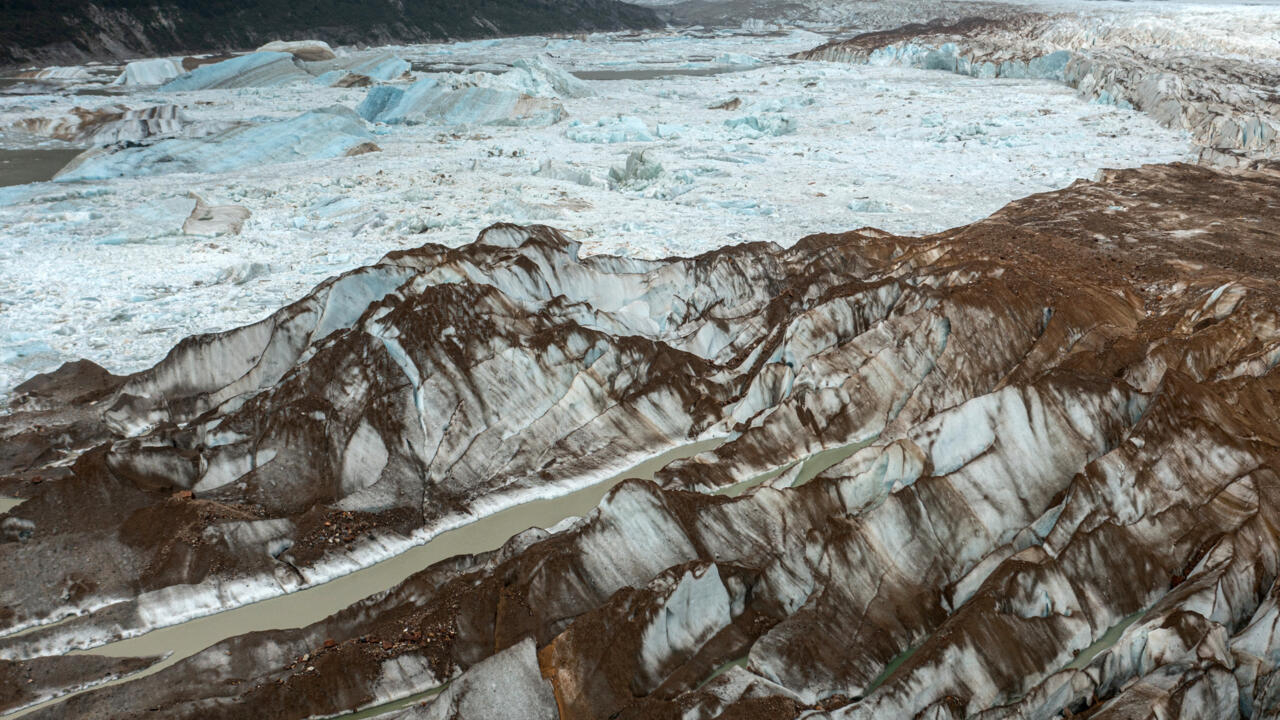 Emissions must peak before 2025 for ‘livable future’, says UN report

Humanity has less than three years to halt rising carbon pollution that is warming the planet, UN climate experts warned on Monday, with any delay in peaking greenhouse gas emissions potentially result in the destruction of warming targets.

The UN’s Intergovernmental Panel on Climate Change has said emissions need to peak before 2025 and fall sharply to keep even the more conservative Paris Treaty warming target of two degrees Celsius in play.

“We are at a crossroads,” said IPCC chief Hoesung Lee. “The decisions we make now can ensure a livable future. We have the tools and the know-how to limit warming.”

The reports of the Intergovernmental Panel on Climate Change are considered the most reliable assessments of the state of global warming, its impacts and the measures taken to address it.

The cut-off point for the data in the report was last fall. As such, the impact of recent sanctions against Russia following the war in Ukraine has not been included.

Governments agreed in the 2015 Paris Agreement to cap global warming at 1.5 degrees Celsius this century to avoid climate catastrophe, but many experts say this will require drastic cuts in greenhouse gas emissions Greenhouse.

How to Keep a Fossil Fuel Addicted World Liveable

Fossil fuel burning and deforestation have warmed the Earth’s surface 1.1 degrees Celsius above mid-19th century levels, and nations have pledged, as part of the 2015 Paris Agreement , to limit global warming to “well below” 2C, or 1.5C if possible.

Here are some of the key findings from the landmark 2,800-page report:

Failure to drastically reduce greenhouse gas emissions beyond national commitments before 2030 would put a 1.5°C world “out of reach”.

Current policies to reduce carbon emissions would only slightly reduce emissions by 2050, leading to global warming of 3.2°C by the end of the century.

Even a 2C cap would become extremely difficult: annual emissions are expected to decrease by 1.5 billion tonnes of CO2 or equivalent gases (GtCO2-eq) each year from 2030 to 2050 – roughly the same annual decrease as in 2020 when Covid lockdowns brought the world to a standstill. economy.

But in 2021, emissions have recovered to pre-pandemic levels of more than 40 billion tonnes of CO2 (40 GtCO2).

At 2019 emissions levels, Earth’s “carbon budget” for a two-thirds chance of staying below the 1.5C threshold will be exhausted within eight years.

If current oil, gas and coal energy infrastructure were to operate without sequestering emissions over their expected lifetime, it would be impossible to cap global warming at 1.5°C.

Limiting the global temperature increase to 2°C would mean that 30% of oil reserves, 50% of gas and 80% of coal reserves cannot be burned unless technology is used to capture and store the CO2 released.

“The economic impact of frozen assets could amount to billions of dollars,” the report warns.

Eliminating fossil fuel subsidies could reduce emissions by up to 10% by 2030, while freeing up cash for building low-carbon public transport and other public services.

By 2050, the world must transition to a “net zero” global economy in which nearly all energy – not just electricity – comes from clean sources to keep Paris temperature goals in play.

But solar and wind together accounted for only 8% of total electricity production in 2019.

Together, low- and zero-carbon power generation technologies, including nuclear and hydropower, produced 37% of the world’s electricity. The rest came from fossil fuels, especially coal.

“Rapid and profound changes in demand make it easier for every sector to reduce greenhouse gas emissions in the short to medium term,” the report says.

Globally, households with incomes in the richest 10% contribute up to 45% of total greenhouse gas emissions.

The powerful greenhouse gas methane – 21 times more potent than CO2 over a 100-year period – is responsible for almost 20% of global warming.

A third of that in 2019 came from fossil fuel production leaks. It is also generated by livestock (cows and sheep) and landfills. There are also natural sources of methane.

Extracts CO2 from the air

Even under optimistic emissions scenarios, several billion tons of CO2 will need to be removed from the atmosphere each year by 2050, and a cumulative total of hundreds of billions of tons by 2100.

Strategies ranging from planting trees to machines that chemically extract CO2 from thin air will offset sectors of the economy that are unlikely to be able to decarbonise by 2050, such as aviation, transport maritime and cement.

If global warming exceeds the Paris Treaty targets, CDR will also be needed to lower the Earth’s surface temperature.

The action is expensive but…

To limit global warming to 1.5°C without greatly exceeding the bar, it will be necessary to invest around 2,300 billion dollars per year in the electricity sector from 2023 to 2052. If 2°C is the objective, this figure drops to $1.7 trillion.

In 2021, around $750 billion was spent on clean energy technologies and energy efficiency worldwide, according to the International Energy Agency (IEA).

Rich countries spend two to five times less than necessary. The shortfall is four to eight times lower than the 1,600 to 3,200 billion dollars per year needed by developing and emerging countries.

These GDP estimates, however, do not take into account the economic benefits of avoided climate impacts, ranging from extreme weather disasters to ecosystem collapse to reduced food supplies.

“The benefits of pathways likely to limit warming to 2C outweigh the costs of mitigation over the 21st century,” the report concludes.

The economic benefits of reducing air pollution – which causes some seven million premature deaths each year – would be of “the same order of magnitude” as the costs of reducing emissions, potentially even greater.

Providing universal access to modern energy services, which would add only a few percentage points to global greenhouse gas emissions, would also bring huge improvements in the quality of life.

A Georgian restaurant has a racist history. What should it become?