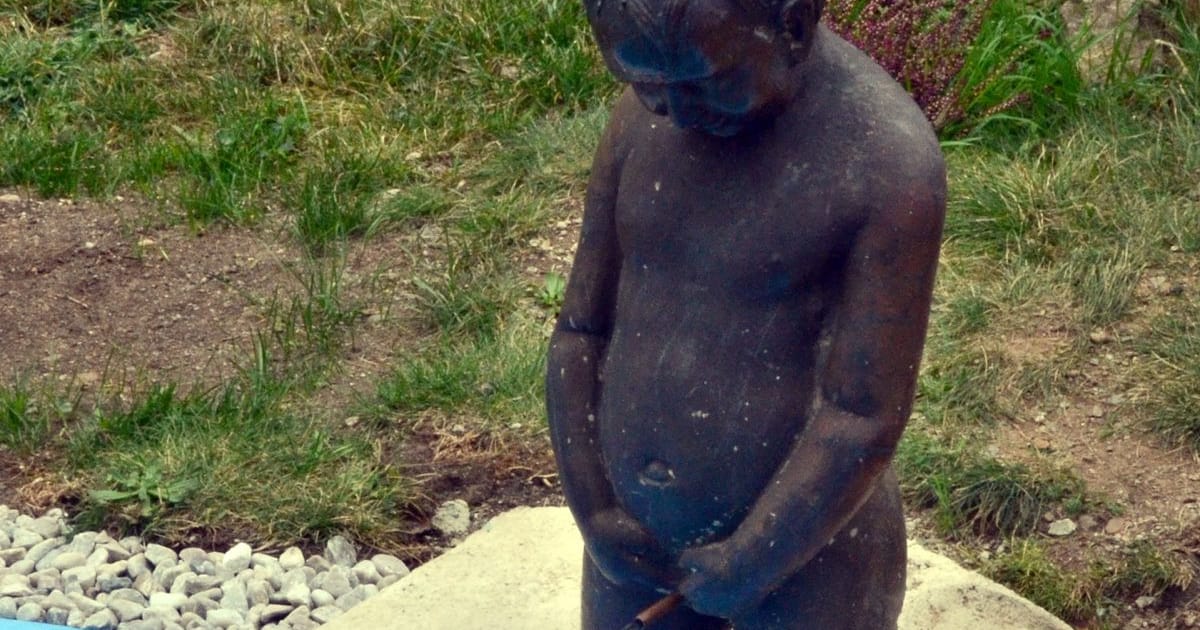 However, with time and the arrival of modern technology, it has become a simple decoration. In the mid-1990s, water stopped flowing into the fountain and during the rebuilding of the station in 2018, the statue of the peeing boy completely disappeared for a while. It was then discovered by local enthusiasts, unharmed. Petr Tupy, a local patriot and avid railroad enthusiast, explains how he once served dispatchers.

“The statue was placed at the edge of the fountain. The water flowed into the pool by gravity from the tanks of the aqueduct building, which was a few meters from the fountain. The water from the supply water was needed for the operation of the steam locomotives.A system of floats and switches in the tanks ensured a constant supply of water.There was also a watermark on the aqueduct building, which was a crucial indicator of the level of water. water in the tanks, but it was easier for the train regulator to look at the peeing boy since the statue was directly in his field of vision from the platform. It was a simple indicator of the level of water – if the boy stopped peeing he knew the tanks were empty and there was a technical problem.

As part of the rebuilding of the station, the fountain, which had been badly damaged, was restored and the statue of the little boy peeing was returned to its original place. The statue, which now features prominently on the city’s cultural heritage list, was unveiled last Saturday, fully operational after 27 long years. But, as befits our time, today he pees using a solar pump.

While the Wee Boy Statue has a fascinating history, there is surprisingly little information about it in the local archives. No one seems to know who created it for the local train station and who designed the sophisticated mechanism that helped protect the functioning of the steam engines passing through town.