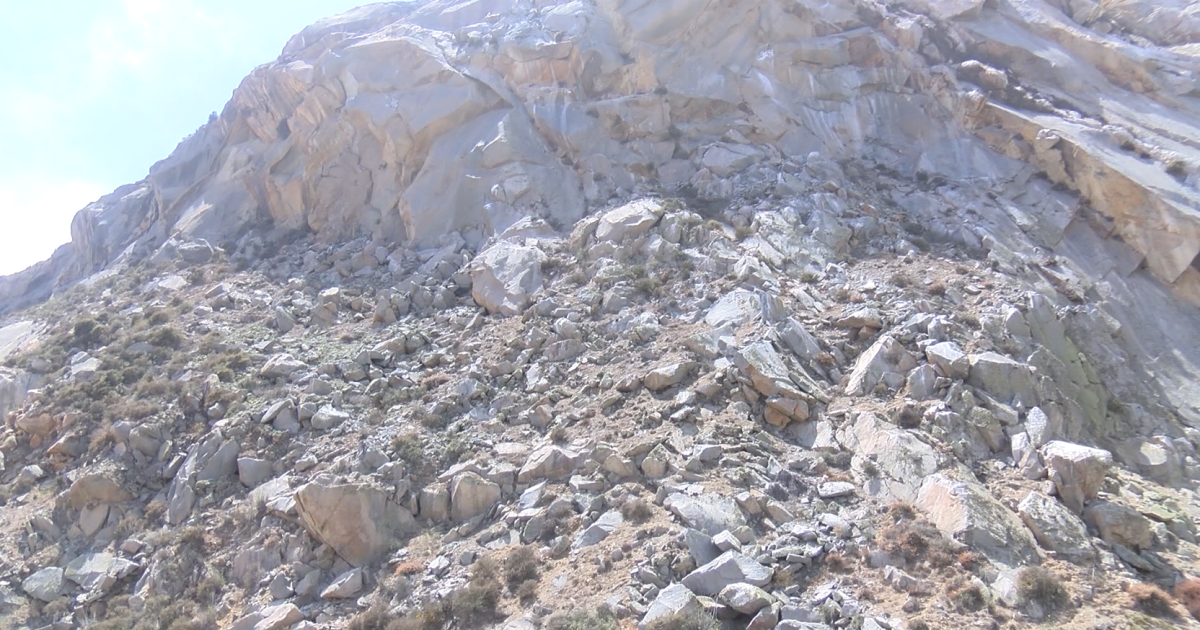 Chunks of Morro Rock will be returned to their original location

A big project is underway to bring pieces of Morro Rock back to their original location.

Up to 10,000 tons of rock will be transported by barge from Port San Luis to Morro Rock in the coming months.

“It was a sacred place for the Chumash people. It’s one of our sacred sites and it’s a historic landmark,” said Violet Sage Walker, vice president of the Northern Chumash Tribal Council.

On Saturday, the first rocks were returned in a ceremony celebrating the reunification of Morro Rock.

“It was my dad’s dream and to see over 200 people handle every stone we had, it was powerful and moving and it was an honor to be a part of it,” said Sage Walker.

Morro Rock was once much larger than it is today. The landmark was quarried in the late 1800s and early 1900s to build the Port San Luis breakwater and the original breakwater at Morro Bay.

“During the early years up to the 1920s or 30s, a large amount of rock, perhaps a million tons, was removed from the rock face, mostly on the south and east sides,” said Glenn Silloway, President of the Historical Society of Morro. Bay.

Silloway says there was no documented opposition to that decision at the time.

“You have to remember that in the 1800s, 1910s, we’re talking about a population that numbered in the hundreds, maybe a thousand,” he said. “It was a very small community, and that may have been an economic driver in some ways for the city.”

“So just as they blew up the rock and scattered it in different directions, our people were scattered,” said Mia Lopez, chairwoman of the Chumash Nation Coastal Band.

Lopez says the project will start a process of healing and reunification.

“It symbolizes bringing our people together because our people have been so fractured by colonization, the mission system and so many things here in California,” she added.

The idea of ​​reunification was originally floated by Sage Walker’s father. She is now leading the effort.

“My dad initially told them to put it back on, literally. About seven years later, when they contacted me and asked if I was still interested in rock, I said let’s try to bring it back together,” she told KSBY.

The compromise is to haul rocks 15 miles along the coast and then dump them underwater, about 1,500 feet west of Morro Rock.

“They’re going to stack them all up in this modular design and it’s going to create habitat for various species, maybe a good new fishing spot for the locals,” Sage Walker said.

The move is a story in the making and something the Morro Bay Historical Society plans to watch closely.

“I think it comes full circle and it’s a good thing for the tribes and for us to keep alive that memory that we had of that rock,” Silloway said.

The barge should take off as soon as it is full and if all goes according to plan, the project should be finished in October.

The project could resume next year if poor weather conditions hamper transportation efforts.