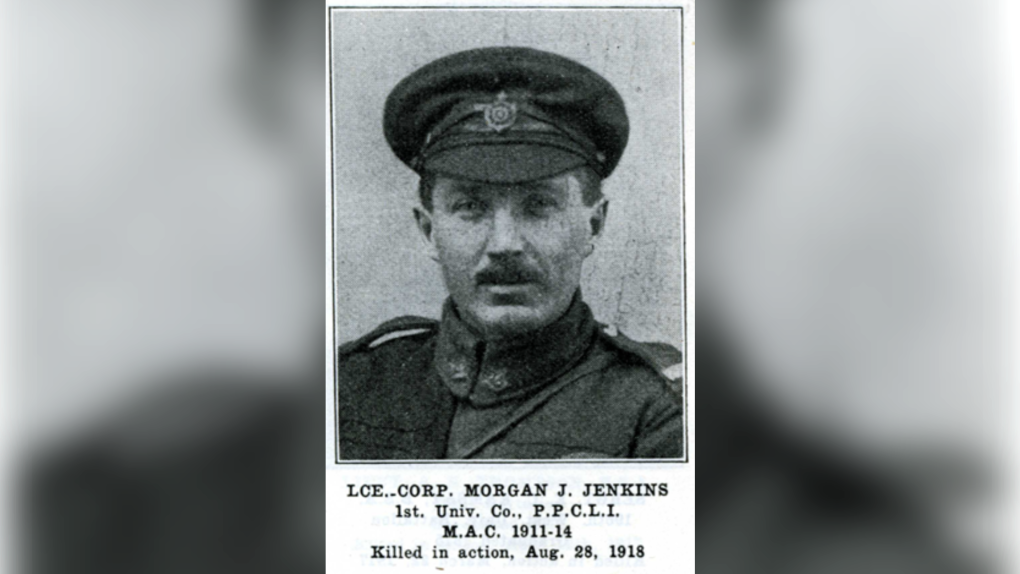 A Canadian killed in World War I and buried in France has spent more than a century being identified only as an Unknown Soldier – until now.

At Vis-en-Artois British Cemetery in Haucourt, France, there are rows of graves – the final resting place of over 2,300 soldiers killed in fighting in World War I.

More than half of them are not identified.

Among those rows, a Canadian soldier was buried over 100 years ago in a grave marked as an unknown soldier.

In a statement released Monday, Canada’s Department of National Defense and the Canadian Armed Forces said they had identified the grave as Lance Corporal Morgan Jones Jenkins.

“Although the anonymous graves are a sad fact of the brutal fighting on the Western Front, these graves contain the remains of real people who gave their lives in the service of their country,” said Lawrence MacAulay, Minister of Veterans Affairs and Associate Minister of National Defense, said in a press release.

“Lance Corporal Jenkins’ identification is an important reminder of this, and I am pleased that he will now receive the recognition his service in Canada deserved.

Jenkins was born in Wales in 1886 and then immigrated to Canada and studied in Manitoba at the Manitoba Agricultural College.

As World War I raged, Jenkins enlisted in Saskatoon and sailed for England in September 1915. There he was transferred to the Princess Patricia’s Canadian Light Infantry (PPCLI). He was promoted to Lance Corporal after being shot in the leg in August 1916.

During his nearly three years of war fighting, Jenkins served in the Princess Patricia’s Canadian Light Infantry (PPCLI) and in the Canadian Corps Intelligence Service.

Jenkins’ grave was identified in 2019 with help from the Commonwealth War Graves Commission, independent researchers and the Directorate of History and Heritage.

The Canadian Armed Forces said Jenkins’ family had been notified.

The Commonwealth War Graves Commission said a new headstone was being ordered in its Jenkin’s name and contact details. A tombstone dedication ceremony will be held at the cemetery to restore Jenkins to her name after more than a century.