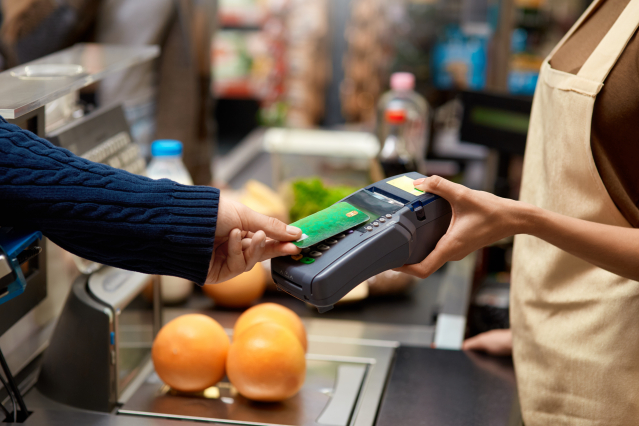 Reader’s Question: I have seen a lot of places requesting card payments purely because of Covid. Can businesses in France refuse cash payments?

The Covid-19 pandemic has led to an increase in card payments in France, but customers should be aware that French merchants are not legally allowed to refuse cash payments.

In early 2020, growing fears that Covid – which would be able to survive on certain surfaces for several hours – could potentially spread via banknotes and coins only served to accelerate a growing trend in card payment.

Many merchants have encouraged the use of contactless card payments, with signs indicating “cash refused” or “payment by bank card only” (card payment only) appearing in store windows.

In a June 2020 European Central Bank survey on the impact of the pandemic on liquidity trends in EU countries, a quarter of French respondents said they had been refused a cash payment for the Covid crisis.

However, this is not legally enforceable. Article 642-3 of the French penal code stipulates that traders cannot “refuse cash payments for the settlement of accounts”, and they can be fined up to â‚¬ 150.

Cashiers may, however, express a preference for card payments, and may limit cash payments at certain cash registers or vending machines.

In general, stores are not required to accept cash payments if:

The rise of contactless

A gradual movement towards card payments had already been observed for several years, with contactless payments having almost doubled each year since 2016, according to the Bank of France.

In 2019, cash was still the most common means of payment in France, accounting for 59% of transactions, but the pandemic has accelerated the growth of contactless card payments.

The European Central Bank’s June 2020 survey found that 44% of French people surveyed – above the euro area average – believed euro banknotes were a vector of Covid transmission, and 38% feared getting sick if they got too close to a store. the cashier.

In April 2020, the French Ministry of the Economy and Finance announced that the limit on contactless card payments would be raised to â‚¬ 50, in order to allow people to avoid exchanging physical money or touching a card dispenser.

Two-thirds of French people surveyed had made their last transaction by card – 39% using contactless – against only 26% who chose to use cash.

As they eagerly awaited the end of the pandemic, 86% of French participants predicted that they would continue to favor card payments over cash.

In October 2020, the Banque de France recorded a 21% reduction in the number of banknotes withdrawn from ATMs compared to the same period in 2019.

However, as the pandemic slowly loosened its grip in June 2021, a YouGov poll showed that while 72% of French people plan to use a debit card after the end of the Covid crisis, 55% also plan to use it regularly. cash in the future, more than the global average of 51%.

Only 15% saw themselves using mobile payments using a device like Apple Pay, compared to a global average of 37%.

The study interviewed nearly 19,000 people from 17 countries around the world.