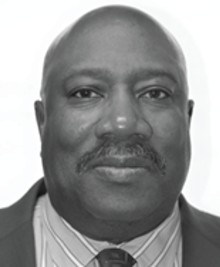 The Cameron Art Museum recently announced its new leaders elected to the CAM board of directors. The Board of Directors met on October 11 to elect Gregory Miller as President, Nina Murray Duff as Vice President, John Messick II as Treasurer and Acquenetta Wheeler as Secretary.

CAM Executive Director Anne Brennan said in the statement: â€œAs we enter our 60th year of service in eastern North Carolina, the essential work and mission of the Cameron Art Museum will continue to grow through to the prodigious talents and strengths of CAM’s new leadership.

Miller brings with him his business acumen combined with his artistic background to the board of directors of the Barnes Foundation in Philadelphia. Miller is the first chalkboard chair in the museum’s nearly 60-year history.

A graduate of Lincoln University, Miller has worked in the pharmaceutical industry for 37 years. He started at Merck & Co. In 1986 he joined GlaxoSmithKline and worked his way up the ranks, retiring as director of contract management. Currently, he is the owner and consultant for GMP Consortium LLC.

From 2002 to 2010, Miller served on the board of trustees of Lincoln University.

Miller established the â€œGregory C. Miller Endowed Scholarshipâ€ at Lincoln University and the â€œJuanita Claire Miller Memorial Scholarshipâ€ at South Philadelphia High School in honor of his mother who died at a young age. He is currently mentoring two students from the Cameron School of Business as part of the Cameron Executive Network at UNCW.

Murray Duff has resided in Wilmington for 10 years. Ch

e joined Live Oak Bank in 2015, where she began her career as a depository representative. She quickly became responsible for the customer success team within the group.

A graduate of the University of North Carolina at Wilmington, she earned her bachelor’s degree in recreation, athletic leadership, and hospitality. She is a life member of the NC Wildlife Commission.

President of the Greater Durham Chamber of Commerce. Messick has served on various community boards including the NC School of Science & Mathematics, the NC Museum of Life and Science, the Research Triangle Regional Partnership, Durham United Way and The Hill Center.

A native of the port city, Messick received his undergraduate degree in 1988 from the University of North Carolina at Wilmington with a bachelor’s degree in history.

Wheeler sits on the founding board of the University of North Carolina at Wilmington. Wheeler is also a member of the Institutional Review Board of the New Hanover Regional Medical Center; Watson College of Education Dean’s Advancement Council; Alpha Kappa Alpha Sorority Inc. Alpha Psi Omega Chapter; the Wilmington (NC) chapter of The Links Inc .; the DC Virgo Preparatory Academy Advisory Board; and the Shiloh Baptist Missionary Church.