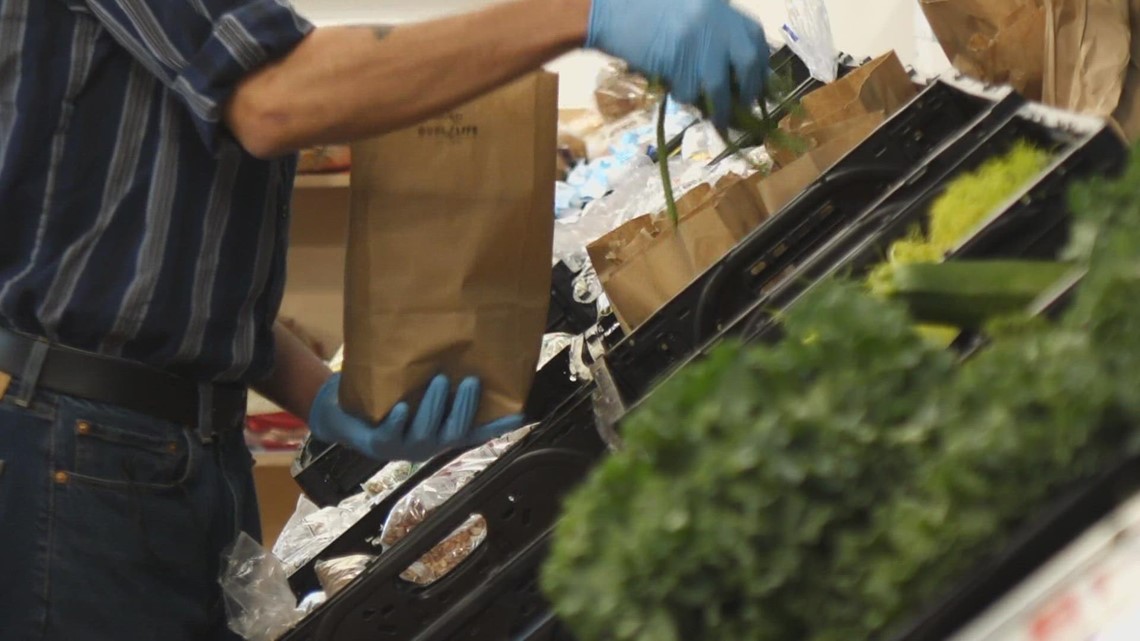 Byrd Barr Place has served the Central District for decades with a food bank and other services.

SEATTLE – Seattle’s Central District is celebrating a kind of homecoming.

Byrd Barr Place is celebrating a return to the building it previously operated from, with renovations to help the organization advance its mission.

Byrd Barr Place has served the Central District since the 1960s and despite some name changes, the mission remains the same.

“The ultimate mission is to secure a more equitable future for all Washingtonians and we have many programs that help do that,” Safari Chief Operating Officer Maynard said.

Originally known as the Central Area Motivation Program (CAMP), the organization focused on helping individuals move from poverty to self-sufficiency. CAMP changed its name to Centerstone in 2012 and expanded its support services. It was 2018 when the organization changed its name to a culturally significant name honoring civil rights leader, educator, CAMP supporter and journalist Roberta Byrd Barr.

The new Byrd Barr Place building is built on history.

“Because the building is a registered historic landmark, we haven’t really changed the exterior much,” Maynard said.

It took almost a year and a half to complete the renovations of “Firehouse No.23”, which was built in 1908. The project is the result of a 10-year negotiation with the city of Seattle and allowed to raise nearly $13 million for the renovations.

The space just reopened this week and the food bank has been rebranded as “The Market”. No more queues and pre-determined convenience bags. The organization wanted to break the traditional stigma of food banks and provide customers with a dignified space where they can actually shop.

Rudy Ziemba is a volunteer with The Market and said he liked the new user-friendly design and amazing food offers.

“I drive a truck to pick up produce from local partners and often we even get donations from farmers’ markets and it’s really fresh produce. It really is a treat to be able to offer,” said Ziemba.

Fresh produce, pastries and even fish are available for locals in need. The market is like a grocery store with rows of items people can pick out and take with them.

“We really come from an abundance mindset,” Maynard said. He spent the morning stocking produce like cucumbers, zucchini, fennel, radishes and kohlrabi. Maynard says the variety is intentional and inclusive.

“We have such a diverse clientele here that it’s really nice to be able to provide them with culturally meaningful food for them,” he said.

Byrd Barr Place is now reopened with a new gathering space for civic engagement and continues to provide food, energy and housing assistance and financial resources to over 1,100 households per week.

If you need resources or want to volunteer, check out the organization’s website.

What can we learn from sleep history?