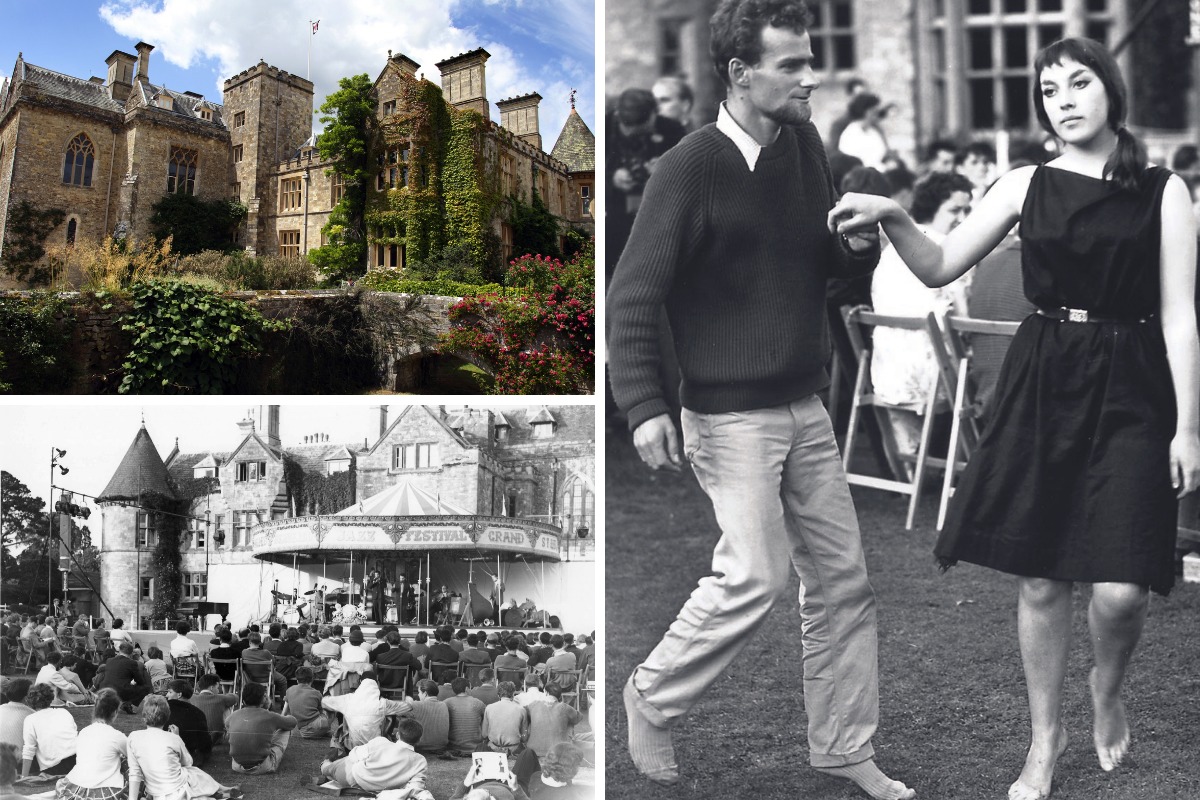 BEAULIEU, the village on the edge of the New Forest which means ‘beautiful place’, is one of the most popular tourist sites in the south.

Home of the National Motor Museum, Beaulieu is also home to Palace House, the Abbey and Buckler’s Hard.

Originally built in the 13th century, the Maison du Palais de Beaulieu was the gatehouse of Beaulieu Abbey.

The estate was purchased by Sir Thomas Wriothesley after the Dissolution of the Monasteries by Henry VIII and before he became 1st Earl of Southampton in 1538.

The Gothic country house, which overlooks the Beaulieu River, was passed down from generation to generation and became Montagu’s property through marriage.

One of the jazz festivals of the 1950s

Although still home to the current Lord and Lady Montagu, much of the house and gardens are open to the public – as can be seen in some of these photos.

Palace House has seen many renovations over the years, ranging from large extensions to smaller renovations, including when the kitchen underwent a six-month makeover five years ago.

Rumor has it that the house is haunted by ghosts including a lady dressed in blue or gray who walks through the walls and makes noise in the private apartments. It is believed that she may be the ghost of the Countess of Beaulieu, Lady Isabella, who died in 1786.

Sightings date back hundreds of years and many paranormal investigators have carried out tests and collected data at the Abbey.

Sherlock Holmes author Sir Arthur Conan Doyle, a staunch proponent of spiritualism, claimed he made contact with a ghost during a seance held there.

In the 1950s it was the location of one of Britain’s first outdoor festivals when the village was set up by jazz musicians.

Crowds thronged the house to hear some of the country’s top jazz bands who performed at the festival until 1960.

Music concerts are still held occasionally on the grounds.

You must visit the Museum of the Rockies in Montana