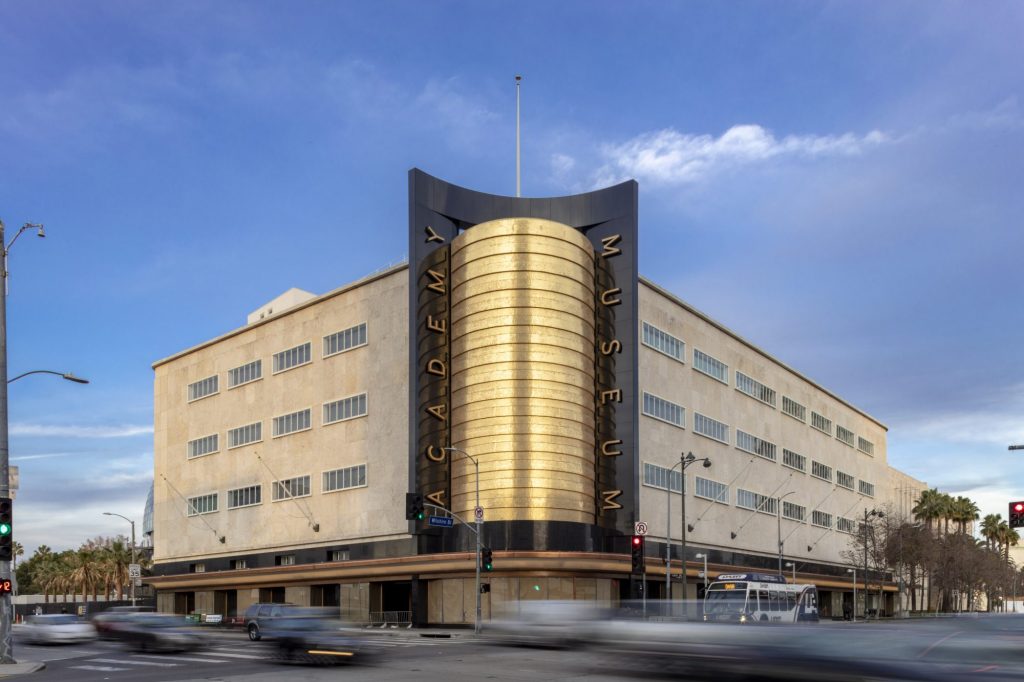 At the Movie Museum, like the rest of LA, it’s all about parking – deadline

You might be tempted to blame Covid for those awkward â€œtimed ticketingâ€ protocols at the new Academy Museum of Motion Pictures. Pick a time. Book in advance. No early entry. No guarantees if you show up after a thirty minute grace period. No refund. Timed tickets required even for free entry for children.

But all of this has nothing to do with the virus. This is the parking lot. In Los Angeles, that is usually the case.

At the Cinema Museum, which finally opened its doors last week, parking has long been an Achilles heel, a weak spot that leaves the whole project, not exactly paralyzed, but walking with a slight limp.

In short, the museum – which has a growing staff, reportedly received around 2,400 visitors on the day it opened (at half its capacity for Covid) and can accommodate around 1,000 in its main theater – has been built without parking. Instead, it relies on contractual access to 378 of the 519 existing spaces in the Pritzker underground garage, which already serves the adjoining Los Angeles County Museum of Art, and 166 additional spaces on Wilshire Blvd. at the Petersen Automotive Museum. With the possible exception of two nights or weekend days each month, when the Petersen is authorized to reclaim its spaces. In this case, the overflow moves to 6100 Wilshire Blvd., an office building whose underground garage can provide up to 388 spaces under a lease that allows the museum, on a busy evening event, to d ” require attendants for stacked parking in the aisles of the aisles.

Does this sound complicated to you? It’s true, but it’s only the beginning.

These triple-lease parking arrangements were approved by the City of Los Angeles last June as part of a 22-page zoning waiver meant to protect neighbors and city travelers from the risk of congestion at a posh new museum. which does not have its own garage. All of this required more requirements (or, in some cases, strong suggestions). These include bicycle racks and lockers, disseminating information on alternative travel arrangements, coordinating event planning with LACMA, developing applications to share real-time parking information, staff transit grants, the possible appointment of an on-site transit demand coordinator, a suggested donation to the city’s Bicycle Plan Trust Fund and, most importantly, “a timed ticketing program, if applicable. , to manage hourly and daily volumes on design days and busy days, as needed â€.

In other words, you can’t count on a whim at the Academy Museum, as visitors to LACMA or the Petersen have for years. Advance reservations are advised. Your preferred time slot will not be available if too many people share your preference.

For the record, off-street parking options are not free and none are cheap. An online check shows the Pritzker fee to be $ 18. The Petersen charges $ 21. The overflow office building wants $ 11 an hour, up to a maximum of $ 25. (And, no, the museum doesn’t validate.)

These fees are in addition to the $ 25 per adult entrance fee to the museum, which charges an additional $ 15 for a separate ticket for his The Oscars experience exposure. Add a few breakfast burritos and sparkling water at on-site restaurant, Fanny’s, along with a keepsake, and you’ll both have a $ 150 date.

(Privately, some Academy members are complaining about having to pay fees at a museum supported by their own institution; that might give them something to discuss at a promised new annual meeting.)

You could, of course, take a rideshare service, which the city’s planning and zoning folks would much prefer. But Los Angeles is a very big city. If the online calculators are correct, a round trip to Santa Monica – not a particularly remote point – would cost as much as the parking options.

Those charmed by history will recall that the old May Co. building, now renamed the Academy Museum, was once known as the Gateway to the Miracle Mile, a strip of Wilshire that was developed specifically for welcome automotive culture. Buildings were supposed to be best seen through a windshield. Each merchant was required to provide parking, most in spacious lots behind the stores. Behind the May Co., near where the museum’s giant sphere now sits, was a massive, multi-level lot that appears to have parked 250 cars on each of its multiple floors.

People came and went pretty much when they wanted – no timed tickets were needed. Which I guess could happen again, maybe when the nearby Purple Line metro station finally opens. Right now, it’s slated for 2023.