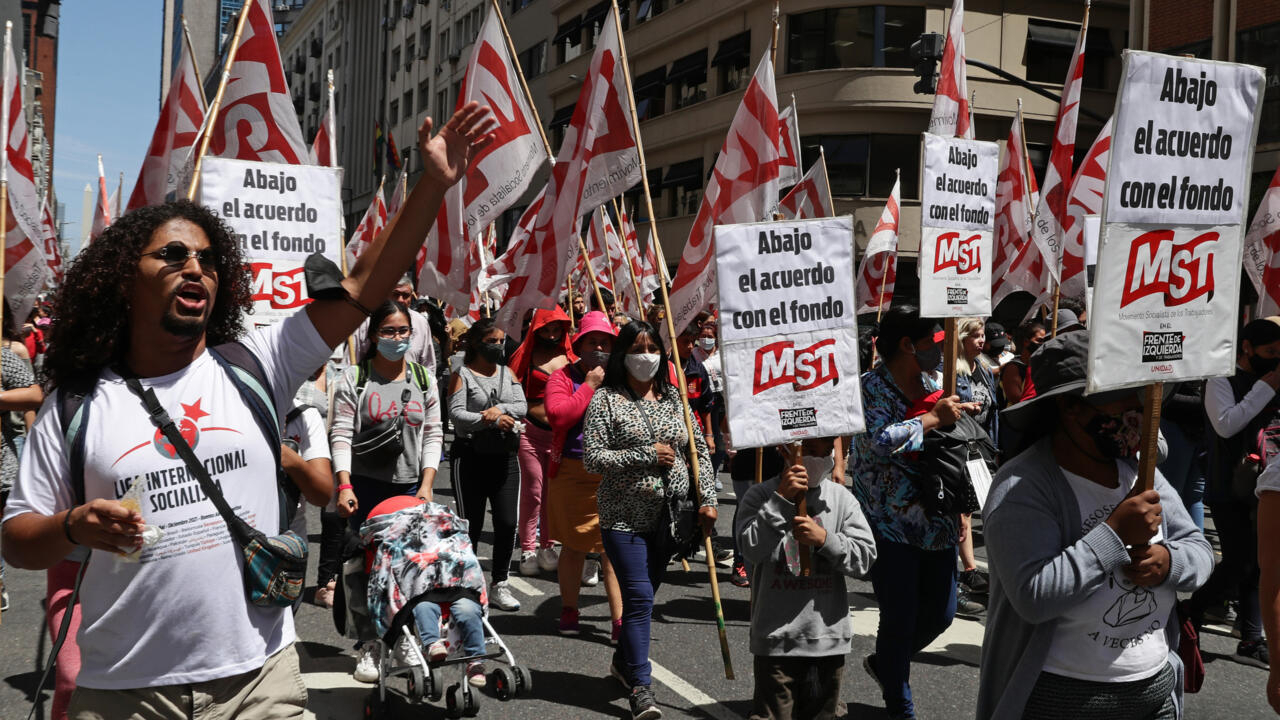 Buenos Aires (AFP) – Argentine lawmakers on Friday approved a deal with the International Monetary Fund to restructure a ruinous $45 billion debt ahead of a vote in the upper house.

With 204 votes for, 37 against and 11 abstentions, the package obtained “an affirmative result and will be communicated to the Honorable Senate”, declared the president of the chamber Sergio Massa.

Details of the deal were ironed out between Argentine officials and IMF staff after a tentative agreement in January.

“It’s the best refinancing deal that can be done,” said MP Carlos Heller of the pro-government Frente de Todos (All People’s Front) party.

A rejection of the package “would lead us into serious problems which must be avoided at all costs”, he added before the session which lasted until early Friday morning.

In 2018, under the government of conservative President Mauricio Macri, the IMF approved its largest loan of $57 billion to Argentina. The country received $44 billion of this amount.

Macri’s successor Alberto Fernandez refused to accept the rest, also seeking to renegotiate repayment terms. Payments of $19 billion and $20 billion were due this year – a schedule the government considered impossible.

Argentina is just emerging from three years of economic recession and is struggling with rising inflation and high poverty rates.

In addition to going through the Senate, the package must also be ratified by the IMF’s board of directors before entering into force.

Despite reluctance from a sector of the Frente de Todos and the opposition coalition Juntos por el Cambio (Together for Change), lawmakers passed the refinancing deal, but many questioned the economic program that led to it. will accompany.

“Now is not the time for opportunism,” said Facundo Manes, MP for Juntos por el Cambio.

“The opposition must give (the government) the chance to restructure the debt, but we cannot take responsibility for the program that the government has negotiated with the IMF.”

Pro-government MP German Martinez said the deal gave “time that allows us to consolidate, to relaunch a process of economic recovery”.

“It will allow us to be in better shape in four and a half years to start meeting the payments, and we will make them without adjustment,” he said.

There were protests against the deal outside parliament, with some protesters burning rubbish and throwing rocks towards the building’s entrance.

A police officer was hit by a Molotov cocktail and some windows were hit with stones, including those of the offices of the President of the Senate and Vice President Cristina Kirchner.

The Concord Museum exhibit is “Alive With Birds”