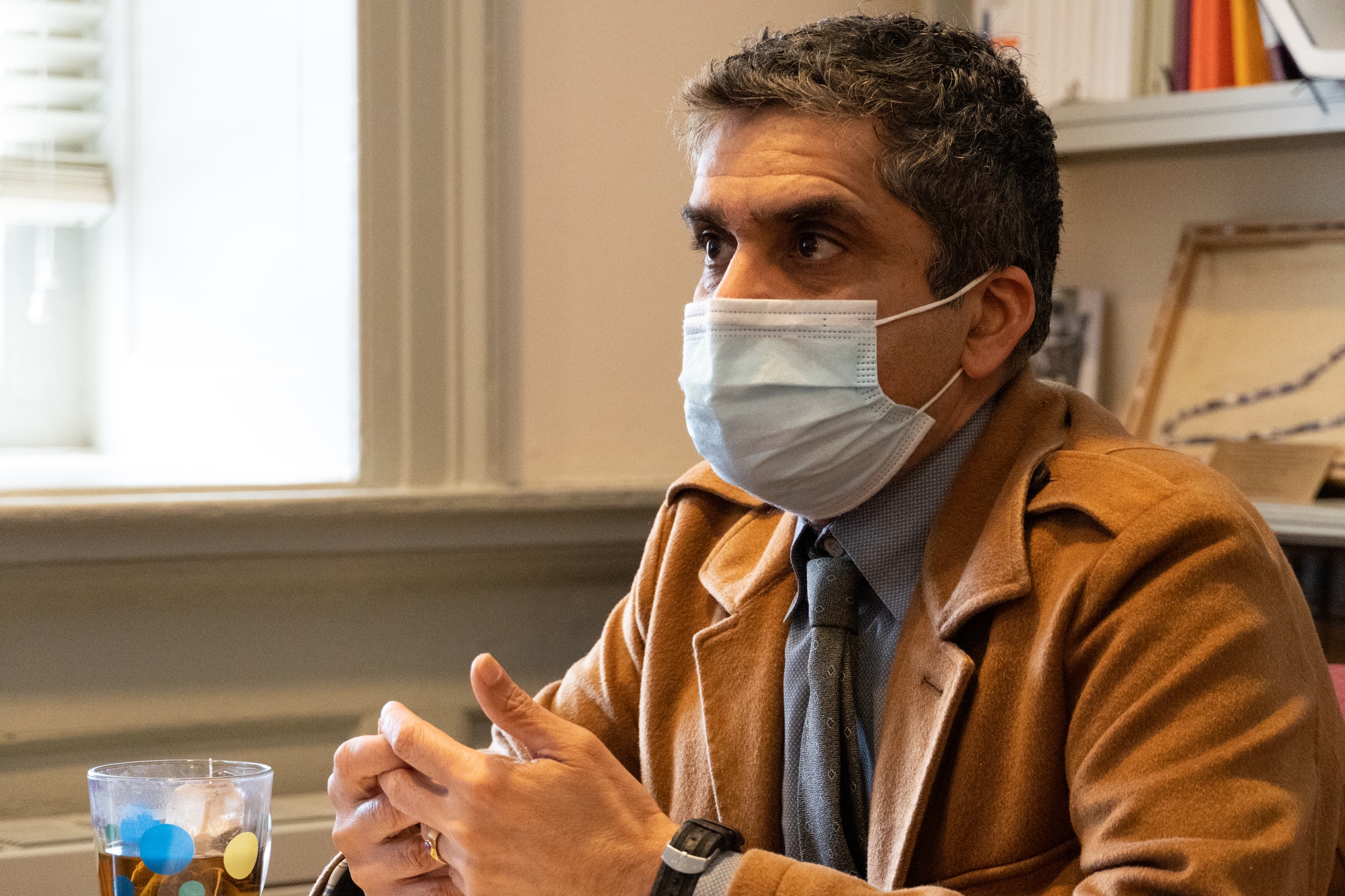 College Dean Rakesh Khurana hailed the significance of the University’s landmark report on the legacy of slavery in an interview on Thursday.

Following the report, Khurana said it was crucial for the College to “incorporate this history” into its “narrative”.

“We must recognize that the legacy of slavery continues to this day and manifests itself in a variety of institutions and social practices that often go unchallenged,” Khurana said.

Khurana also said the College recognizes the “entanglement” the nation has had with Black and Indigenous slavery.

“The report is really important in reminding us of those origins and also the imprint that the founding conditions have on an institution even centuries later,” Khurana said. “We need to recognize the wealth that has been gained from the enslavement of people as well as how it has been transferred.”

“It’s part of our history,” he added.

Earlier this month, the dean of the Faculty of Arts and Sciences, Claudine Gay, introduced a FAS naming process to remove controversial names and titles – the first initiative to respond to the Legacy of Slavery report. The University has also committed $100 million to repair its ties to slavery.

Khurana said he was inspired by student advocacy and leadership efforts following the report.

“‘Veritas’ is about preferring and living with an uncomfortable truth rather than a comfortable lie,” Khurana said. “What gave me hope was seeing the role of our students and community in countering oppressive institutions and challenging racist ideas.”

Khurana also touched on the following topics in the interview:

Students mobilize for the right to abortion

In response to a leaked Supreme Court draft majority opinion that would overturn the landmark Roe v. Wade decision, Harvard students held a series of abortion rallies earlier this month. About 100 Harvard students demonstrated in favor of abortion rights in front of the Memorial Church while a small group gathered nearby to counter-protest.

Khurana said the College recognizes the importance of “a plurality of perspectives” on issues on the Harvard campus.

“We want our students to engage and express their views,” Khurana said. “We also encourage engagement in a variety of ways through voting, encouraging people to advance their beliefs on and off campus and to use the tools of free expression.”

Although he declined to comment on the implications of the draft notice, Khurana said the College continues to support students “in whatever way they need.”

Khurana called the past academic year — the first year entirely on campus since 2018-19 — both “wonderful” and “challenging.”

Although he cited a number of stressors for students over the past year, including the war in Ukraine and the threat of climate change, he expressed cautious optimism about the future.

“There are so many challenges facing our world,” Khurana said. “Things will get better. I see everywhere signs of hope and possibility on these issues.

The Crimson interviews Harvard College Dean Rakesh Khurana once a month during the academic year. Click here to submit a question for consideration at our next interview.