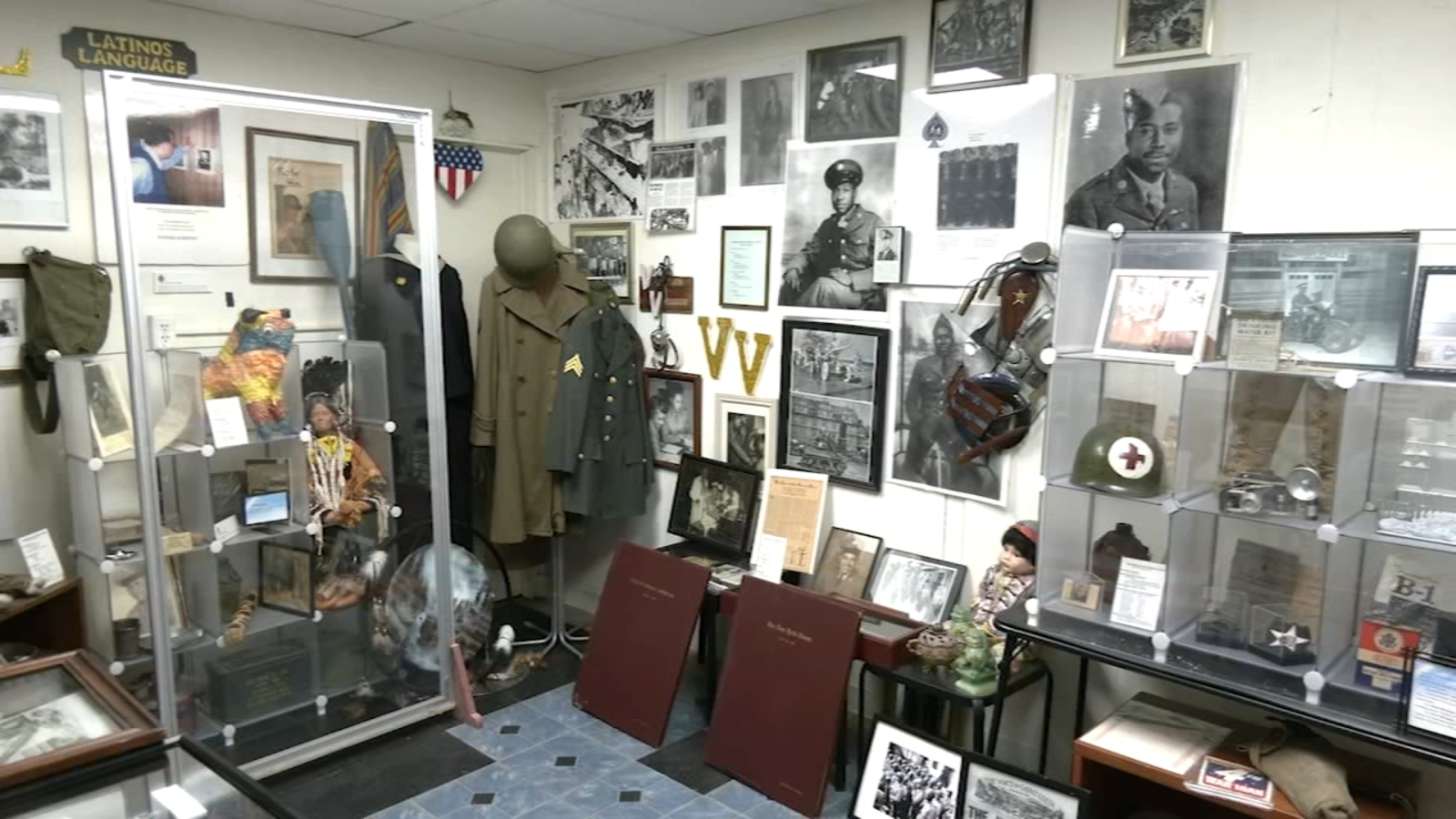 The photo features six young African American men dressed in perfectly pressed army uniforms. One is Berry smiling during a break from an 18-month tour of duty in Europe during World War II.

The 98-year-old had just graduated from Abington High School when he enlisted in the military.

Although he was looking for excitement, Berry says he told his friends he was enlisting for his country. Anyway, he never hesitated to serve even with segregation.

“The outfit, the company, the area we trained in was all black,” he said.

This was the reality for black World War II veterans. Their stories are shared at the Aces Museum in Germantown. Located between Germantown Avenue and E. Price Street, it’s an unassuming building that doubles as a doctor’s office. Dr. AV Hankins directs both.

“You’ll see artifacts here that aren’t anywhere else,” said Hankins, who is the museum’s director.

All of the exhibits focus on the stories of black and brown servicemen during World War II.

“These are incredible stories that people need to learn,” Hankins said.

But as important as the stories are, they may go unheard as the museum struggles to stay afloat while avoiding the developers with their eyes on Germantown.

“The last (developer) said you don’t know how much money we’re going to give you,” she said. “(I said) It doesn’t matter!

Hankins says the building is too valuable to sell given what it once was: a USO for black soldiers during World War II.

The upstairs space, Parker Hall, was used for dances and entertainment. Hankins and the team renovated the space so it could be rented out for events. At this time, however, Parker Hall is not accessible due to an unstable staircase.

“My life is to preserve Parker Hall so children will forever know it’s important,” she said, adding that she combines lessons from the Aces Museum with information to inspire children on a better path. in life.

As Hankins works on repairs that would reopen Parker Hall, she hopes to have the building registered as a historic place. This would preserve the stories of servicemen like Berry whose unit went from building “bathing sites” for white soldiers to fighting in the Battle of the Bulge.

“Actually, we weren’t trained for this military maneuver, but we did our best,” he said.

He and so many others have stories of sacrifice that the museum hopes will never be forgotten.

“Realize what’s here,” he said, “and what we’ve been through to get to this point in life.”

The Aces Museum, which opened in 2000, hopes to generate interest and revenue with its in-person and online tours. The museum, at 5801 Germantown Avenue, is open Monday through Thursday from 12 p.m. to 4 p.m.