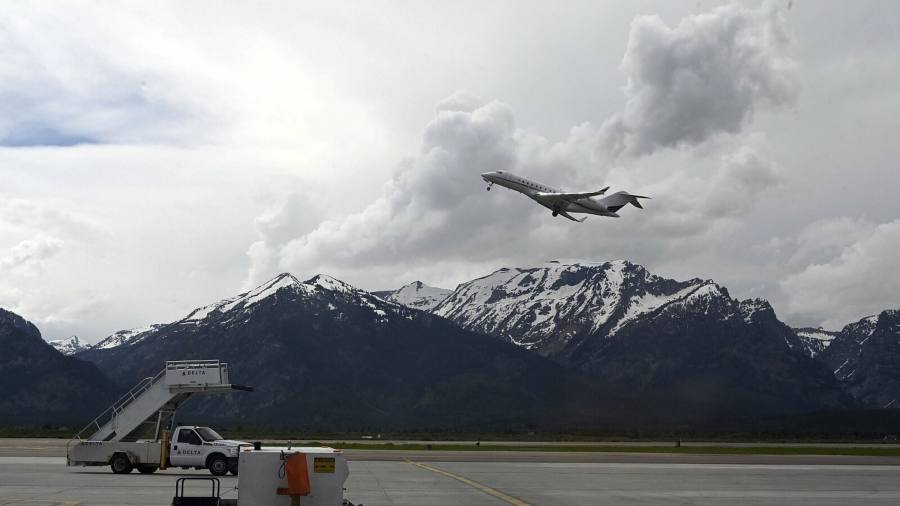 A working trip in August for central bankers

This article is an on-site version of our The Week Ahead newsletter. Register here to receive the newsletter directly in your inbox every Sunday

Hello and welcome to the working week.

Central bankers will pack their bags for a few days in the great outdoors this week. But unlike the rest of us, their annual August getaway — to Wyoming — won’t be a holiday.

The Jackson Hole Economic Symposium, which kicks off Thursday, will be watched closely and for good reason. The beast of inflation has escaped its chains and is rampant around the world.

Federal Reserve Chairman Jay Powell is the main act of the symposium – he is due to speak on Friday – with the public eager to hear advice on the path to setting US rates. His comments are likely to be hawkish given recent U.S. job market data and Federal Open Market Committee views — the July minutes revealed some uncertainty about the strength of U.S. jobs, but the committee has always advocated a restrictive rate-setting policy to suppress price pressures.

The Fed is not the only central bank to take an aggressive stance. For example, read comments from the Reserve Bank of New Zealand when it increased his rate by 50 basis points last week.

However, additional clarifications seem necessary for the American markets. As noted by my colleagues at Unhedged, traders did not buy the hawkish line.

The UK’s inflation problems will be highlighted with energy regulator Ofgem’s early announcement of new (ie higher) gas and electricity price caps. Unfortunately for Brits, the indicators are that the pain of the domestic energy crisis is just beginning. There was a worrying sign last week when an Ofgem director resigned in protest at how energy price changes have given ‘too much benefit to business at the expense of consumers’.

Then there’s Ukraine, where this Wednesday will mark six months since Russia’s full-scale invasion, with a grim occasion occurring on the same date as the country’s Independence Day – and only two days after. the celebrations of the day of the national flag of Russia.

And the good news coming this week? Well, the Edinburgh Festival is back on the streets of Scotland’s capital this year and will celebrate a successful return with its traditional closing fireworks ceremony on Sunday – the same day that marks the anniversary of the ‘I Have A Dream” by Martin Luther King. . A reminder that we can build a better future.

Thank you for your continued feedback on the week ahead. Keep sending emails to [email protected], or hit reply to this newsletter email. I’m taking a week off from summer vacation, but The Week Ahead will be back next Sunday with my colleague Jennifer Creery in the writer’s chair.

Surveys dominate the data calendar this week, including flash reports on the Purchasing Managers’ Index and a rush in business and consumer confidence measures, giving an indication of relative economic strength across the globe.

The United States will also provide data on personal income, durable goods and home sales, while Japan will release inflation figures. On Thursday we will have the minutes of the last meeting of the monetary policy committee of the European Central Bank.

There is a post-lockdown theme for financial results this week. For some, like pandemic darlings Zoom and delivery hero, it will be about coming back to earth as the world of hybrid work takes hold. Zoom fatigue is one thing, plus a combination of an economic downturn and the ability to eat out could temper demand for home deliveries in the months ahead.

Others are hoping for things (i.e. planes) to pick up again after two years of restrictions. We have a group of airlines that publish quarterly figures.

Qantas made headlines this month for employing his managers as baggage handlers to relieve chaos in airport terminals. And it looks like the flying kangaroo has regained some rebound, predicting net debt reduction to around A$4 billion ($2.8 billion) by the end of the year, while generating growth. underlying profit of around 500 million Australian dollars in the second half.

Here’s a more comprehensive list of what to expect in terms of corporate reports and economic data this week.

Finally, here’s a look at some of the other events and milestones from this week.

Newsletters recommended for you

troubled times — Document the changes in business and the economy between Covid and conflict. Register here