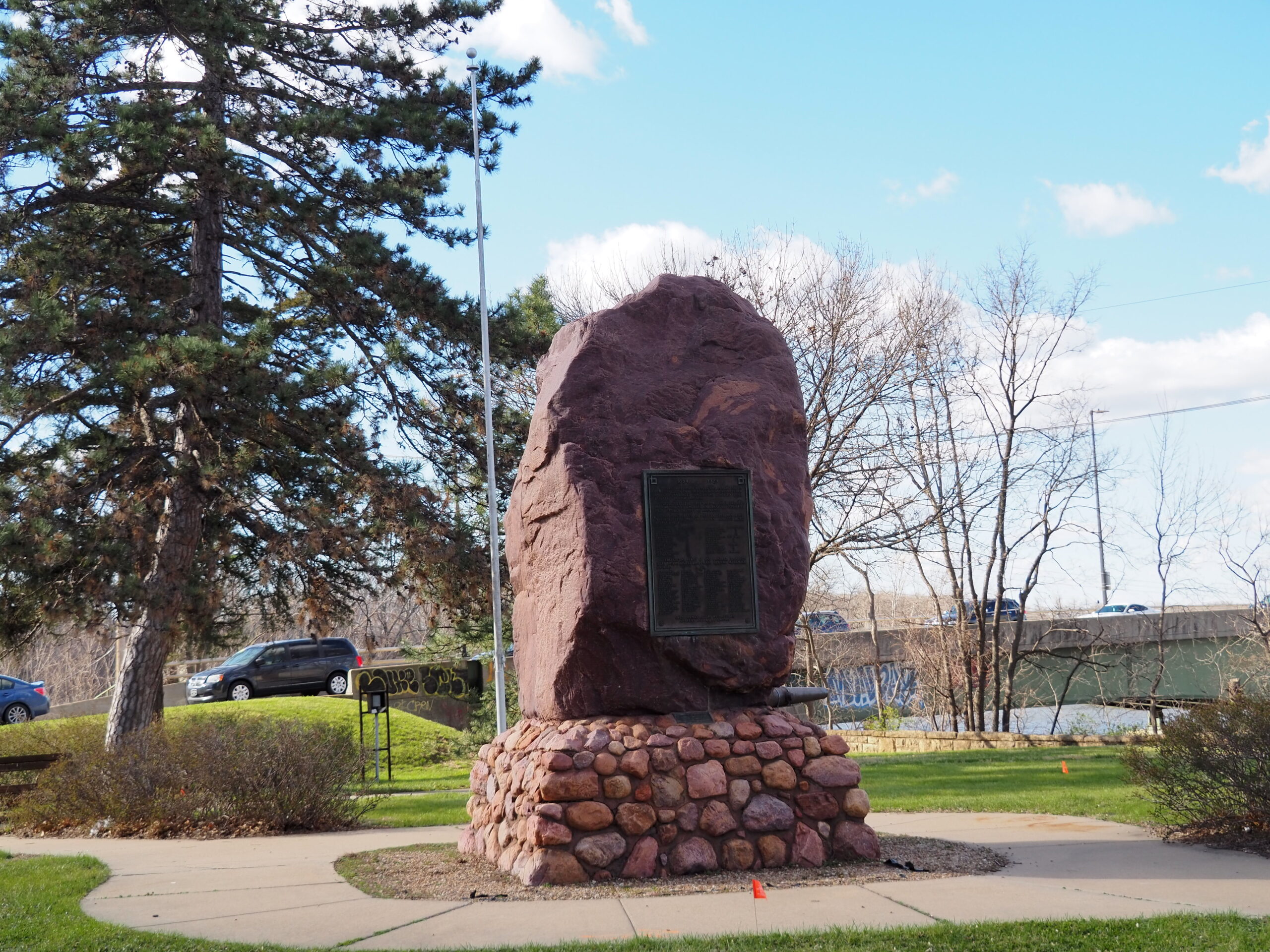 TOPEKA – A massive boulder of cultural and spiritual significance to the Kaw Nation moved from Tecumseh to Lawrence nearly a century ago to honor the town’s settlers will be moved to tribal lands near Council Grove thanks to a grant from $5 million from the Mellon Foundation.

In 2021, the Kaw Nation requested the return of the 25-ton rock to the town of Lawrence. The City and County of Douglas have accepted the stone’s unconditional return to the Kaw people and formally apologized to the Kaw Nation for taking the stone on display since 1929 in a dedicated downtown park along the Kansas River. to Charles Robinson, the state’s first governor.

Kaw Nation Vice President James Pepper Henry said the Kaw Nation is grateful for the Mellon Foundation’s financial support for the return of what has been described as a sacred ancestor known as I.not ‘zhúje ‘waxóbe and pronounced EE(n) ZHOO-jay wah-HO-bay.

“This grant will also provide resources to implement an interpretive plan and infrastructure for our visitors to learn about the Kaw people, the original inhabitants of Kansas,” he said. “We look forward to working cooperatively with the City of Lawrence, the University of Kansas, and other project partners to facilitate this process and strengthen our relationships and visibility with Kansas citizens.”

The 30-month project involves transporting glacial rock to Allegawaho Memorial Heritage Park. This land near Council Grove has belonged to the tribe since 2002. It was part of the Kaw Nation reservation land in Kansas before the tribe moved in 1873 to Indian Territory that became Oklahoma.

Experts conducted a ground-penetrating radar examination of the rock’s internal structure to take precautions to move the large object. The move could be completed in the spring of 2023.

Activities associated with the physical movement of rock include gatherings at Inot The original location of ‘zhúje ‘waxóbe along the Kansas River, the prayers during and during the move, and the ceremonies of welcoming the rokay at Allegawaho Park.

Pauline Eads Sharp of the Kanza Heritage Society said the organization was honored to be part of the joint effort to return JEnot ‘zhúje ‘waxóbe to the Kaw people.

“Our mission is to support the continuum of Kanza cultural lifestyles. We appreciate the recognition and support of the Mellon Foundation for helping us in this endeavour,” said Sharp.

The rock found its place at the confluence of Shunganunga Creek and the Kansas River during a period of North American glaciation about 300,000 years ago.

In 2015, Kansas artist Dave Loewenstein began working with Sharp to collect stories of Inot ‘zhúje ‘waxóbe in an effort to draw attention to its misuse. Their project led to a collaboration with the Mid-America Arts Alliance, members of the Lawrence community and members of the Kaw Nation.

The Mellon Foundation launched the Monuments Project Initiative in 2020 with a $250 million commitment to help preserve the stories of people often denied historical recognition. Among the first grants was $4 million to support Monument Lab, a nonprofit public art and history studio in Philadelphia.

The Monument Lab conducted an audit of national monuments to assess the commemorative landscape in the United States. Surveyors spent a year sifting through records of historic properties created and maintained by federal, state, local, tribal and institutional entities. The survey covered nearly 50,000 conventional monuments. The aim was to broaden understanding of the influences that have shaped the monument landscape, to raise questions about monuments and to demystify misperceptions.

The audit confirmed that the landscape of the monument was predominantly white and male. The most common feature of American monuments reflected war and conquest. The stories attached to the monuments have distorted the history of the nation.